'What? A prayer rug in my home? No, it's just that I'm a Fan of Aladdin': French Muslims hit back on social media after comments spark outrage 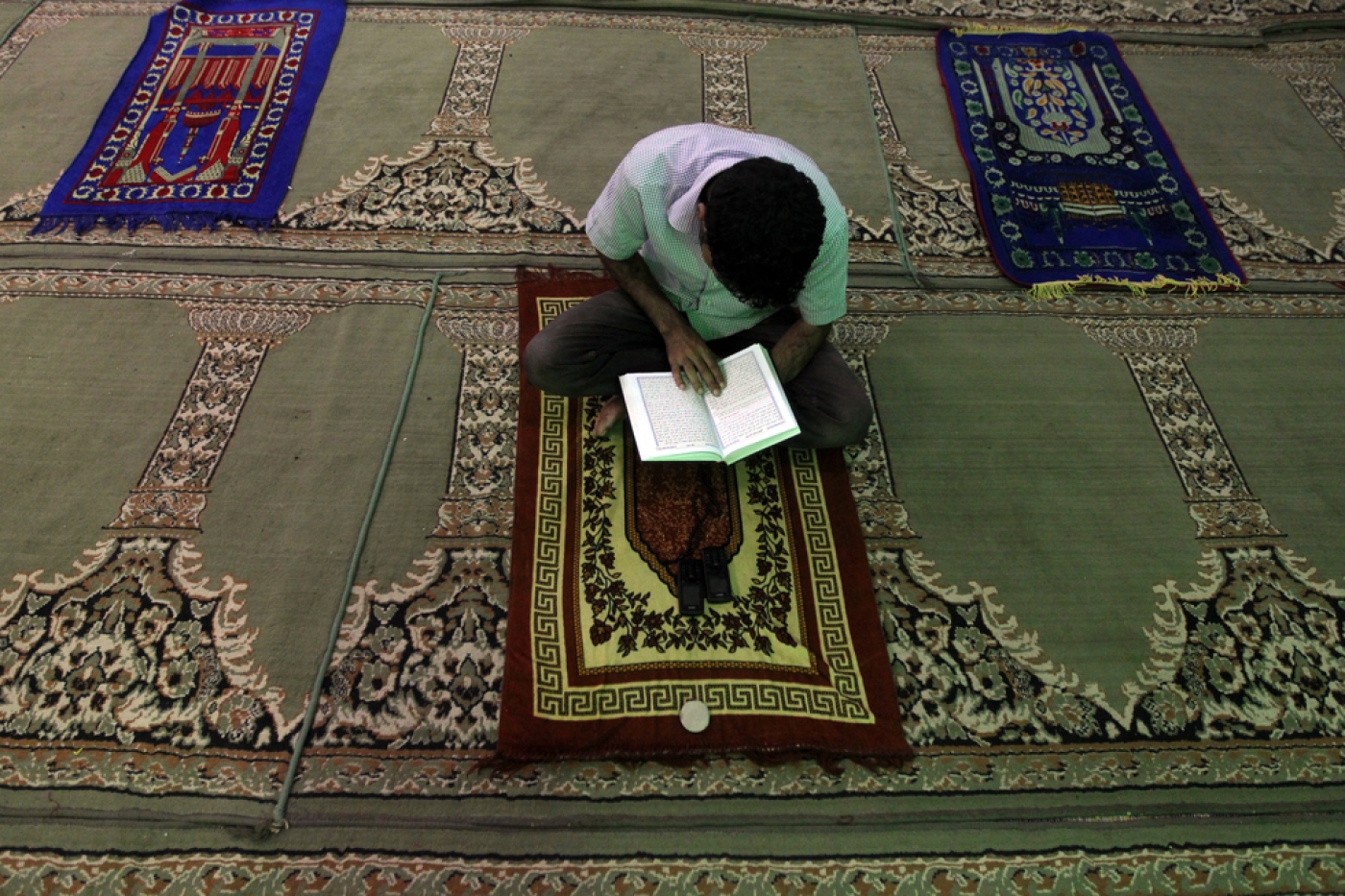 A Muslim reads from the Quran while sitting on a carpet in a mosque. (AFP)
By
Mahmoud Bondok

The proposed head of a new French government-backed Muslim organisation has sparked outrage after suggesting that Muslims should be "discreet" amid controversy after several towns banned the so-called "burkini" full-body swimming suit.

Jean-Pierre Chevenement is set to take over as head of the Foundation of French Islam later this year, despite not being a Muslim and describing himself as a "secular republican".

The foundation is being created as part of a package of proposed measures to better integrate France's Muslim population, but Chevenement's initial foray into community relations did not go well.

"The advice I give in these difficult times – like the imam of the Bordeaux mosque - is that of discretion," Chevenement told Le Parisien newspaper, referring to the burkini ban imposed by towns including the Riviera resort of Cannes.

“Muslims, like all French citizens, should be able to worship freely but they must also understand that in the public space where there is public interest, all citizens should make the effort to use ‘natural reason’.“

His comments immediately sparked a reaction among Twitter users under the hashtag #MusulmanDiscret.

Translation: “Drink tea in this kind of glass”

"no no, I wasn't looking for halal, I am just a part-time vegetarian"#MusulmanDiscret #discreetmuslim #MuslimDiscret

Translation: “Don't say 'I don't eat pork” but say “when I was little I had a pet pig, I love them too much to eat' #DiscreetMuslims”

Translation: “#DiscreetMuslims Don’t say 'I don't drink alcohol', say 'uh, no thank you, it's me who drives'”

Translation: “What? A prayer rug in my home? No, it's just that I'm a Fan of Aladdin”

Translation: “Instead of saying 'I'll do my ablution' say 'I have a certain obsession with cleanliness a bit like Louis Pasteur'”

Translation: "We have just finished a session of group gymnastics at the socio-cultural centre, with a coach with a motivating voice. #DiscreetMuslims"

Translation: “Huh, what? My scarf? A Hijab? No, never, my scalp is a little bit sensitive to the cold". #DiscreetMuslims”

Translation: “I do not wear the hijab, I'm vintage #DiscreetMuslims #Gracekelly”

Translation: - Rachid?
- No Richard
This article is available in French on Middle East Eye French edition.