After a string of building accidents, the housing minister in 2012 said that between 4,000 and 7,000 Casablanca buildings were at risk of collapse Firemen carry a survivor after rescuing the victim from under the rubble after a four-storey building collapsed in Casablanca on 5 August, 2016 (AFP)
By
MEE and agencies

Two people were killed and 24 others injured on Friday when a four-storey building collapsed in Casablanca, Moroccan state media and a rescue official said.

Rescue workers on Saturday said that they still believed a woman had been trapped by the rubble and said they were working round the clock to try and rescue her.

The bodies of a man and a 13-year-old girl have already been pulled from the rubble.

Witnesses said the building that collapsed in the Sbata district of Morocco's economic capital had a cafe on the ground floor that had been teeming with clients at the time of the accident.

A doctor's clinic in the building was also full, the witnesses said, adding that the toll could rise.

Footage of the collapsed building, which showed the building fully collapsed with what appears to be its concrete roof slanted over the rubble and at least one crushed car, was shared on social media networks.

It showed dozens of residents help rescue teams dig through the rubble to find survivors.

Local media reported that the building had initially one floor before three more were added without planning permission.

Casablanca is home to five million people, many of whom live in hazardous accommodation, including in the city's sprawling slums.

After a string of building accidents, the housing minister in 2012 said that between 4,000 and 7,000 buildings in the city were at risk of collapse.

Two years later 23 people were killed when three buildings collapsed, in one of the worst disasters to hit Casablanca.

In February last year, a court jailed seven people over their role in the deaths to between two and five years in prison and fined them for "involuntary homicide" and "breaching urban planning codes". 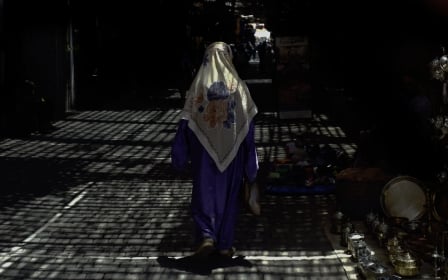 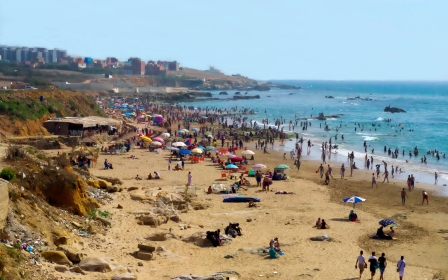 Environment
Why are beaches disappearing in Morocco?