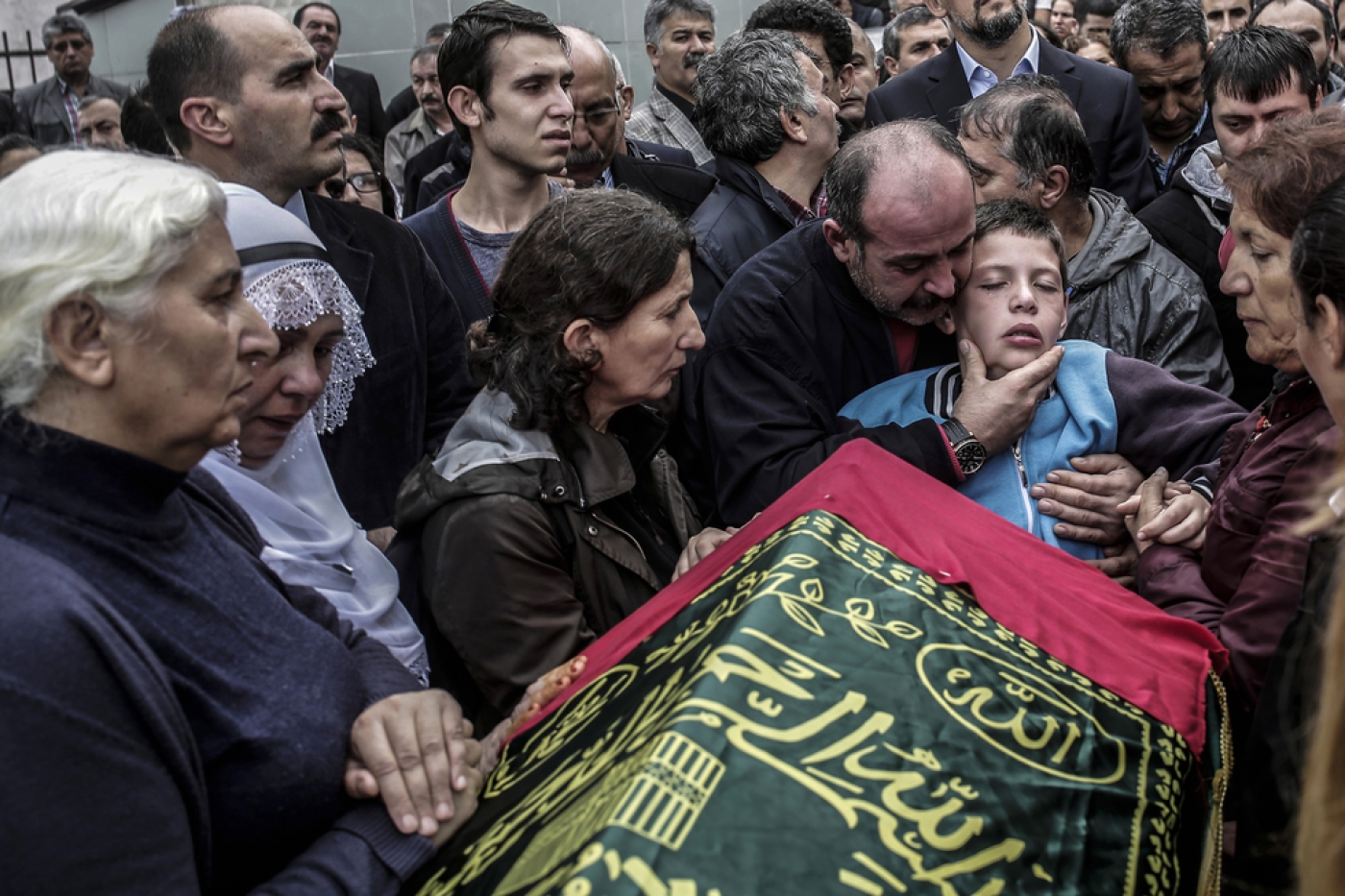 Two male suicide bombers carried out the devastating twin bombings this weekend in Ankara, the office of the Turkish prime minister said Sunday, as the toll rose to 97 dead.

"Work is continuing to identify the corpses of the two male terrorists who carried out the suicide bombings" on Saturday, the office of Prime Minister Ahmet Davutoglu in a statement.

It said that the attack, the deadliest in the history of modern Turkey, had claimed the lives of 97 people, raising slightly the previous toll of 95.

Of those killed 92 have been identified and work is continuing to identify the five others, it added.

The pro-Kurdish Peoples' Democratic Party (HDP) has claimed the toll is far higher at 128 but this has not been confirmed by the authorities.

Thousands of mourners filled the streets of Ankara Sunday and vented their anger at President Recep Tayyip Erdogan after 97 people were killed in the country's worst-ever terror attack, while the government raced to identify the two male suicide bombers it blamed for the bloodshed.

Flags flew at half-mast across Turkey on the first of three days of national mourning declared by Prime Minister Ahmet Davutoglu, as questions grew over who could have ordered Saturday's bombings on a peace rally in Ankara.

Turkey's pro-Kurdish Peoples' Democratic Party (HDP), one of the groups that had organised the rally, said it believes the death toll now stands at 128.

The attacks have raised tensions in Turkey just three weeks before snap elections are due on 1 November and as the military wages an offensive against Islamic State (IS) jihadists and Kurdish militants.

The Kurdistan Workers' Party (PKK) on Saturday declared a "state of inactivity" after months of attacks in Turkey, pledging to suspend all offensive actions ahead of the November polls.

"Heeding calls from Turkey and abroad, our movement has decided on a state of inactivity by our guerillas, unless our people and our guerilla forces are attacked," Kurdistan Communities Union (KCK), an umbrella movement that includes the PKK, said in a statement.

"During this process, our guerilla forces will refrain from carrying out planned activities, will not engage in any kind of activity apart from preserving its current position and make no attempts to hinder or harm the exercise of a fair and equal election," it said.

There had been suggestions that the PKK was to announce a new ceasefire to help the HDP boost its score in the upcoming polls, with Kurdish media reporting that PKK commanders were expected to announce the ceasefire on Sunday.

According to member of the Kurdistan National Congress (KNK) foreign affairs committee, Erdelan Baran, the announcement is not a new development.

"The PKK has been calling on the government to agree on a ceasefire for more the two weeks, saying it is impossible to carry out elections in these conditions," Baran told MEE.

With the country on edge, Erdogan issued a statement condemning the "heinous" bombings and cancelled a planned visit to Turkmenistan but he has yet to speak in public since the attack that shocked the nation.

On Sunday, thousands of demonstrators thronged central Ankara's Sihhiye Square, close to the blast site by the city's main train station, to pay tribute to the victims.

Many of those gathered accused the government of failing to provide security at the ill-fated rally and several anti-government demonstrators shouted "Erdogan murderer" and "government resign!"

"I am a mother, I'm worried about my grandchildren, I am marching for our children, for our future. Each time there are people dead, I also die a little," said Zahide, who like many others carried a pink carnation flower to commemorate the victims. Turkey At War
Thousands protest in Europe after Ankara bombings Turkey At War
At least 95 dead in twin Ankara blasts