'Two occupiers': Iraqis take to streets to protest against Iran and US 'No to Iran, no to America!' chanted hundreds of Iraqi protesters (Reuters)
By
MEE and agencies

Iraqi protesters flooded the streets on Sunday to denounce both Tehran and Washington as "occupiers", angry and fearful that war between the rivals was hindering their anti-government movement.

Tensions between the US and Iran have reached a boiling point after the assassination of top Iranian general Qassem Soleimani and several Iraqi paramilitary leaders.

Iraq's parliament on Sunday passed a resolution calling for the removal of the thousands of US troops deployed across the country. 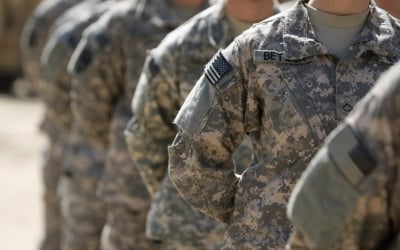 For Iraqi protesters who have been taking to the streets for three months, Iran was also a target for blame.

"No to Iran, no to America!" chanted hundreds of Iraqis in the southern city of Diwaniyah, AFP reported.

"We're taking a stance against the two occupiers: Iran and the US," one protester told AFP.

The protests, which began in Baghdad on 1 October and have spread throughout southern cities, are a complex challenge for Iraq's Shia-dominated ruling class that has controlled state institutions and patronage networks since the 2003 US-led invasion that toppled longtime Sunni ruler Saddam Hussein.

Protesters, mostly unemployed youths, have demanded a change to a political system seen as institutionally corrupt and unable to provide jobs or services, and are demanding the departure of Iraq's entire political elite.

At least 460 people have been killed since the beginning of October.

Demonstrators in the southern city of Nasiriyah blocked a procession held for Soleimani and top Iraqi paramilitary chief Abu Mahdi al-Muhandis from reaching their protest camp.

Also on Sunday, the offices of the Iran-backed Popular Mobilisation Forces (PMU) were set on fire in Nasiriyah, the news agency reported.

In Basra, protesters hurled rocks at another mourning procession for Soleimani, with the Iranian general's supporters responding in kind.

Street protests played a role in forcing the resignation of Iraqi Prime Minister Adel Abdul Mahdi, but with political factions now focused on the aftermath of the US strike, the designation of a new premier may face further delays. 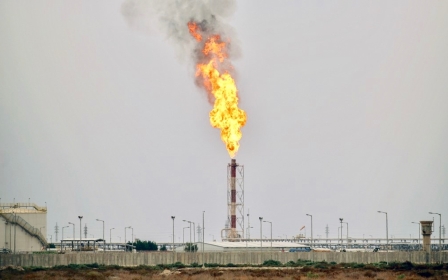