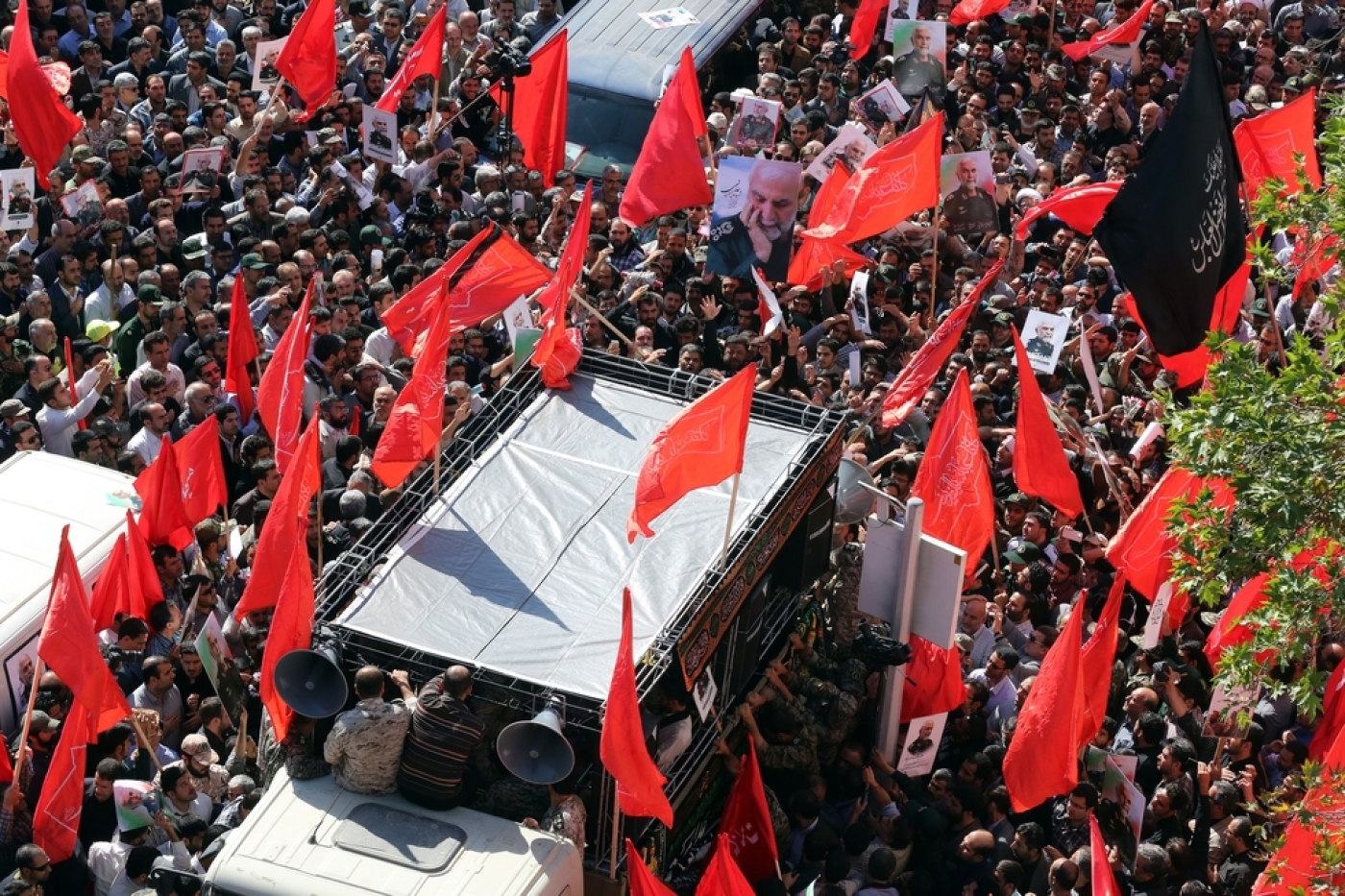 On Tuesday, two posts on Instagram from an Iranian state television reporter working in Syria named them as Brigadier General Farshad Hasounizadeh and Hamid Mukhtarband.

The two belonged to Iran's elite Revolutionary Guards (IRGC) and were killed on Monday, the reporter said.

Mukhtarband, whose rank was not given, was formerly a brigade commander in the southern Iranian city of Ahvaz.

There was no official confirmation in Tehran of the deaths. Iran's Fars and Tasnim news agencies and Tabnak, a news website, reported the state television reporter's account.

Neither the reporter nor the agencies said where the deaths had occurred.

If confirmed, they would come the same week the IRGC announced its highest-profile casualty in the effort to shore up Assad.

General Hossein Hamedani, who had undertaken 80 missions in Syria according to a eulogy at his funeral in Iran, was killed in the besieged Syrian city of Aleppo.

Shia-dominated Iran is Assad's strongest regional ally, sending military advisers from the IRGC and other forces to help him against Sunni Muslim rebels seeking his overthrow.

Lebanon's Shia militia Hezbollah has done much of the fighting to prop up the Syrian army.

The commander of the Revolutionary Guards' foreign wing, Major General Qassem Suleimani, is said to be heavily involved in guiding military strategy.