There have been many reports of incidents on the Syrian-Turkish border since as early as 2014, according to Amnesty International 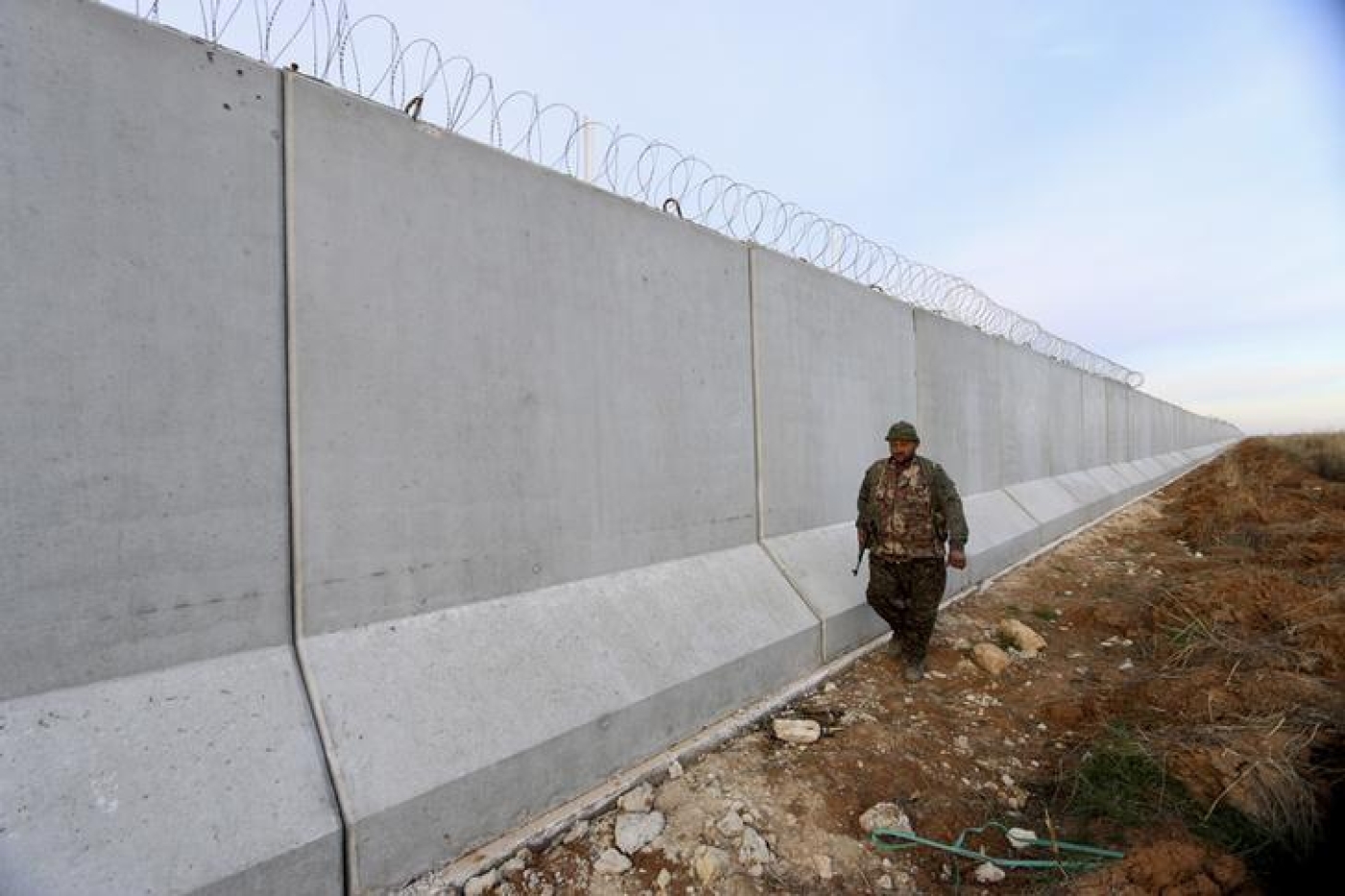 A YPG fighter walks near a wall on the Syria-Turkish border in the western countryside of Ras al-Ain, Syria (Reuters)
By
MEE staff

The two men were identified as Hassan Mustafa and Abduljabar Aldali from a town called Kifr Kar in the northern suburbs of Aleppo.

"There have been a lot of shooting incidents on the Turkish borders recently, with Turkish border police becoming increasingly worried about people crossing over," a journalist in Aleppo, who did not wish to be named, told Middle East Eye.

Middle East Eye could not independently verify the reports of the deaths, which occurred on Wednesday night.

"The guys were trying to cross the borders through the areas controlled by Fatah al-Sham," explained the source.

Splits emerged between Turkey and nominally pro-Turkish fighters in northern Syria after the leader of one group said he was imprisoned by Turkey for three weeks following the proclaimed end of Operation Euphrates Shield.

It was unclear however, why Turkish border police were shooting at people trying to cross the border.

In June 2016, eight Syrian refugees were shot dead by Turkish border guards as they tried to escape war-torn northern Syria, the Syrian Observatory for Human Rights (SOHR) had reported at the time.

The 2016 shooting reportedly took place at the unofficial Khirbet al-Jouz crossing north of the Syrian town of Jisr al-Shugour, which is controlled by militant groups.

The Turkish military rejected the claims at the time, maintaining they were "not true".

It said in a statement: "Last night there was an attempt to cross the border illegally but no shots were fired directly on people."

According to Andrew Gardner, Turkey researcher at Amnesty International: "There have been many reports of incidents on the border. We collected information on this as early as 2014, when we received many reports of people being shot when they were trying to cross the border irregularly," he told RT in March 2016.

Gardner also said at the time that the plight of refugees in Syria has driven many of them into the "hands of smugglers" or forced them to cross the border at night.

At the same time, Turkish guards fire shots at refugees based on what they say are safety measures.

"What the Turkish parties have told us is that they don’t know who these people are, that people could be members of armed groups, they could be smugglers," he added.