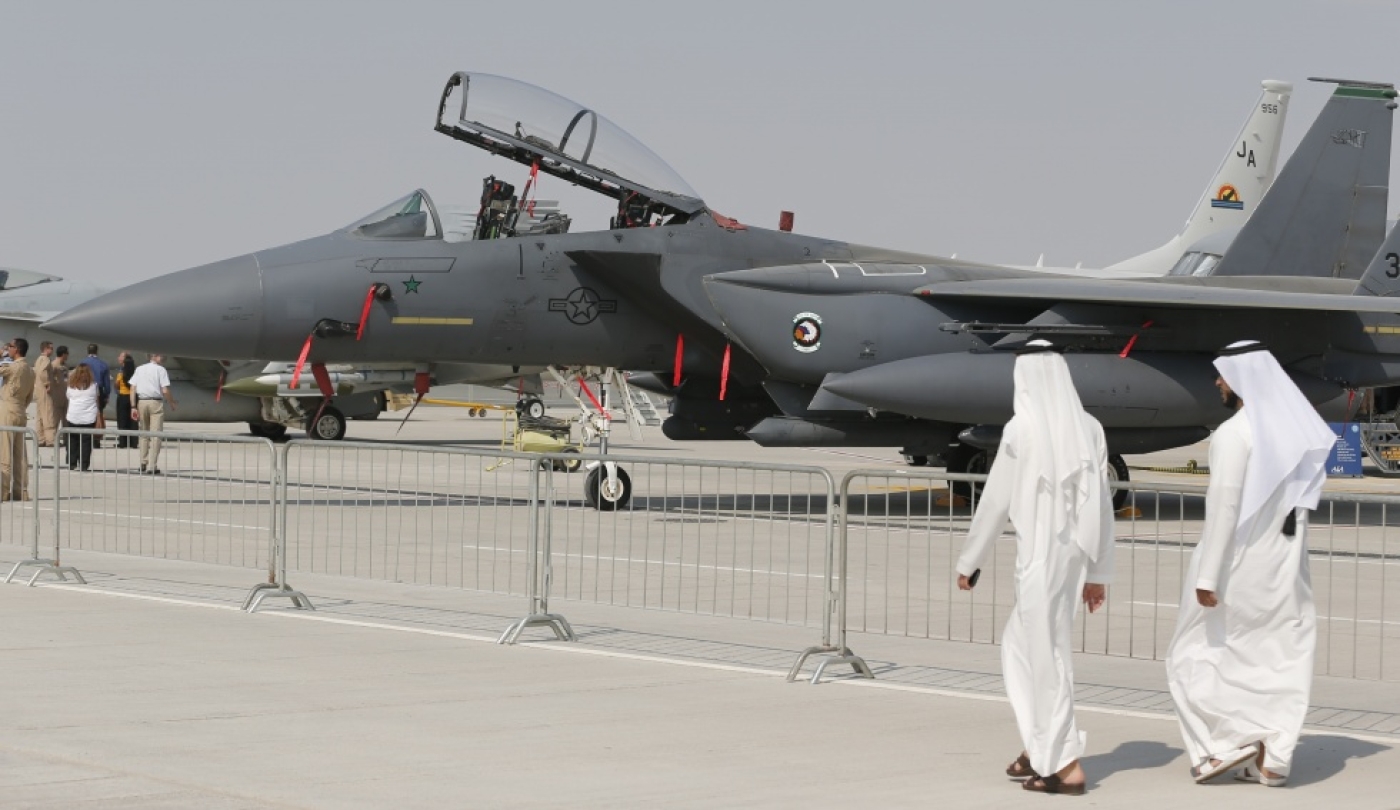 Emirati citizens walk past US made F-15 Eagle fighter jet displayed at the Dubai Airshow on 18 November, 2013 (AFP)
By
MEE and agencies

The United Arab Emirates (UAE) announced the deployment of a squadron of F-16 fighter jets in Jordan on Saturday.

The agency said the move was aimed at offering support to Jordan and cited the brutal killing of Jordanian pilot Moaz al-Kasasbeh, who was burnt alive by Islamic State militants, as an example of the “sacrifices” offered by Jordan for the security of the Middle East region.

The agency, however, did not, clarify whether the UAE fighter jets would participate in ongoing coalition strikes in Syria.

The US launched a coalition made up of various European and Arab partners last August and began targeting IS positions in Iraq and Syria. Kasasbeh was captured by IS while flying one of the missions in December, a move which prompted the UAE to suspend combat missions.

Since IS released the video of Kasasbeh being burnt alive earlier this month though, support for the coalition and the airstrikes has swelled in much of the Arab word.

Jordanian government spokesman Mohammed al-Momani said that his country appreciated the support and pledges of cooperation from other Arab states.

A Jordanian army source told the Reuters news agency that the move would assist in intensifying air strikes on IS.

“This is a big boost and will be helping our brothers shorten their flying distances and intensify strikes against the militants in Jordan,” the source said. Islamic State
The burning of Muaz Kasasbeh: How will Islamic State explain this one?
Moazzam Begg