Britain has asked the UAE for proof that Latifa is 'alive and well', but has no plans to raise her case with the Emiratis 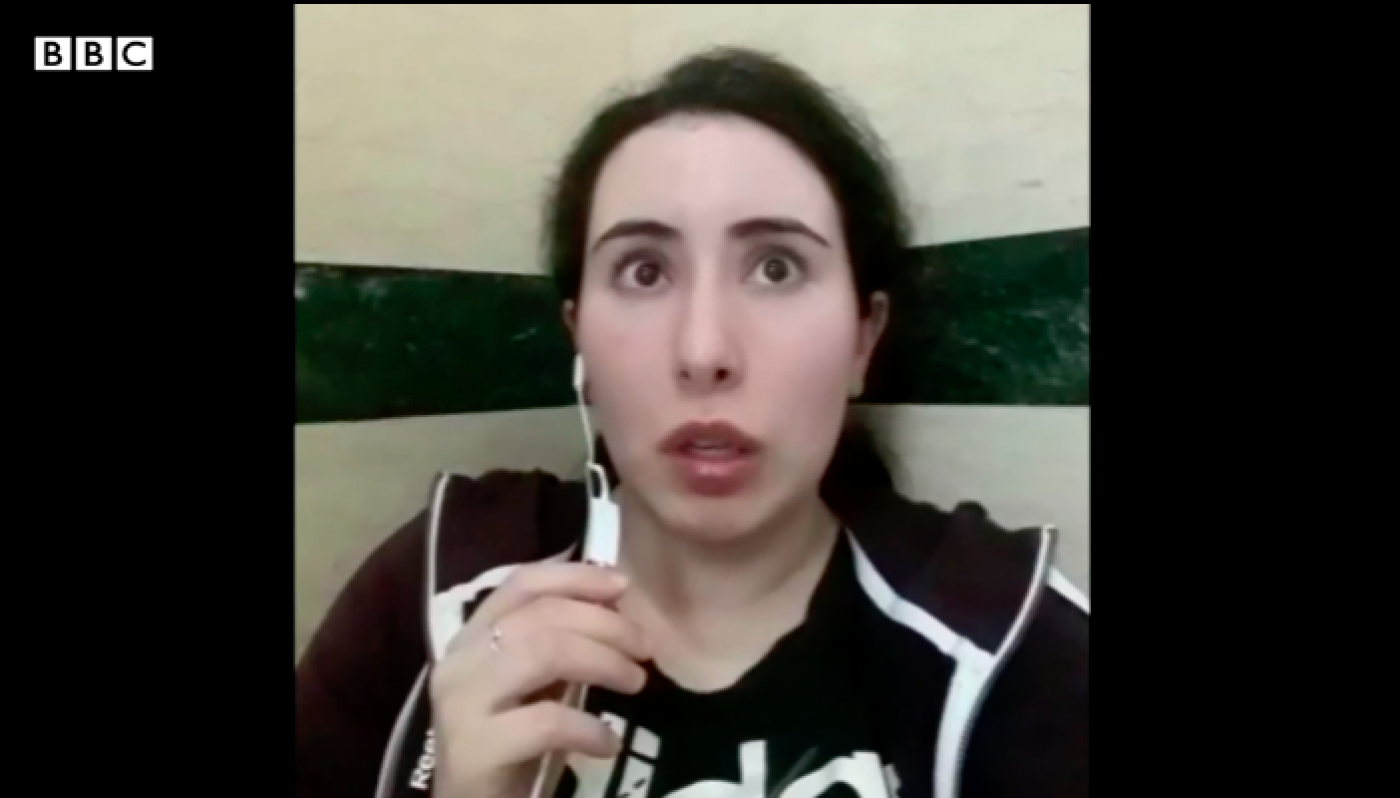 Princess Latifa shared secret recordings filmed inside a Dubai villa, where she says she is being held hostage (Supplied)
By
MEE staff

British Prime Minister Boris Johnson said on Wednesday that he was "concerned" about the plight of Dubai's Princess Latifa, after new footage showed the princess claiming that UAE Prime Minister Sheikh Mohammed bin Rashid Al Maktoum, her father, was holding her captive.

"The UN Commission on Human Rights is looking at that," Johnson told UK media. "I think what we'll do is wait and see how they get on. We'll keep an eye on that."

His comments come after British Foreign Secretary Dominic Raab said he wanted to see proof that Latifa was "alive and well".

Raab said he was "deeply troubled" by the footage, but added that Britain had no plans to raise Latifa's case directly with the Emiratis.

"Given what we've just seen, I think people would just at a human level want to see that she's alive and well," Raab told Sky News.

"I think that's an instinct and we would certainly welcome that."

Raab also told the BBC that Britain would follow developments from the case at the United Nations. "Obviously, any rulings that [the UK courts] decide will need to be followed, but we are concerned about it. The right mechanism is via the UN, and we support that," said Raab.

“We will certainly raise these new developments with the UAE," Colville said in a statement.

"Other parts of the UN human rights system with relevant mandates may also become involved once they have analysed the new material or received specific allegations."

Footage made public by the BBC on Tuesday showed Latifa describing her detention in clips filmed in secret on a mobile phone.

The 35-year-old princess speaks with her back to a wall in a locked bathroom. “I’m a hostage, I’m not free. I am imprisoned in this jail. My life is not in my hands,” she says.

It is the latest development in a years-long string of headline-grabbing stories involving Dubai’s ruling family and its patriarch, Sheikh Mohammed.

In 2018, Princess Latifa escaped Dubai with the help of her friend, a Finnish capoeira instructor, Tiina Jauhiainen.

Days later, when she had got as far as India’s Malabar coast, Indian - then Emirati - forces violently boarded her boat and returned her to Dubai.

A year later, Jauhiainen was able to sneak a phone to Latifa, who has since been covertly filming herself.

“I have been here ever since, for more than a year in solitary confinement,” she says in videos shared with the BBC. “No access to medical help, no trial, no charge, nothing.”

The Dubai Royal Court claims she is safe and well, but friends say she has had little medical care and went over a year without a toothbrush.

“She hasn’t seen sunlight for months,” Jauhiainen told the BBC's Panorama, whose investigation found that up to 30 police officers have been guarding the beachside villa where she was being held.

'She cried for a long time'

Last year, a British judge ruled that Sheikh Mohammed, the emir of Dubai, kept Latifa and another daughter, Shamsa, captive, and had waged a harassment campaign against his former wife, Princess Haya bint Hussein, the half-sister of King Abdullah II of Jordan.

Haya claimed her relationship with Sheikh Mohammed broke down completely in 2019, soon after she started visiting her step-daughter Latifa and asking about Shamsa.

The Jordanian princess described a visit to Latifa's locked and guarded house in December 2018. "She opened the door, looked at me, embraced me and burst into tears," she said. "She cried for a long time. She looked vulnerable."

In the BBC videos, Latifa claimed to have been tricked into taking photos with her stepmother, Princess Haya, and former UN Human Rights Commissioner Mary Robinson in December 2018.

Robinson, the former president of Ireland, who has said she met with Latifa to help Princess Haya with a “family dilemma”, told the BBC she was "misled, initially by my good friend Princess Haya, because she was misled".

It is unclear if Princess Latifa is still in the beachside villa. 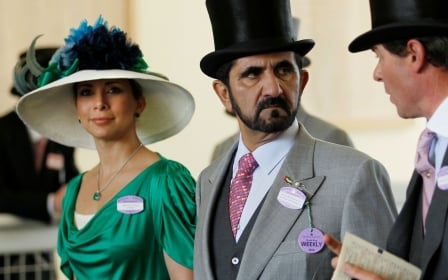