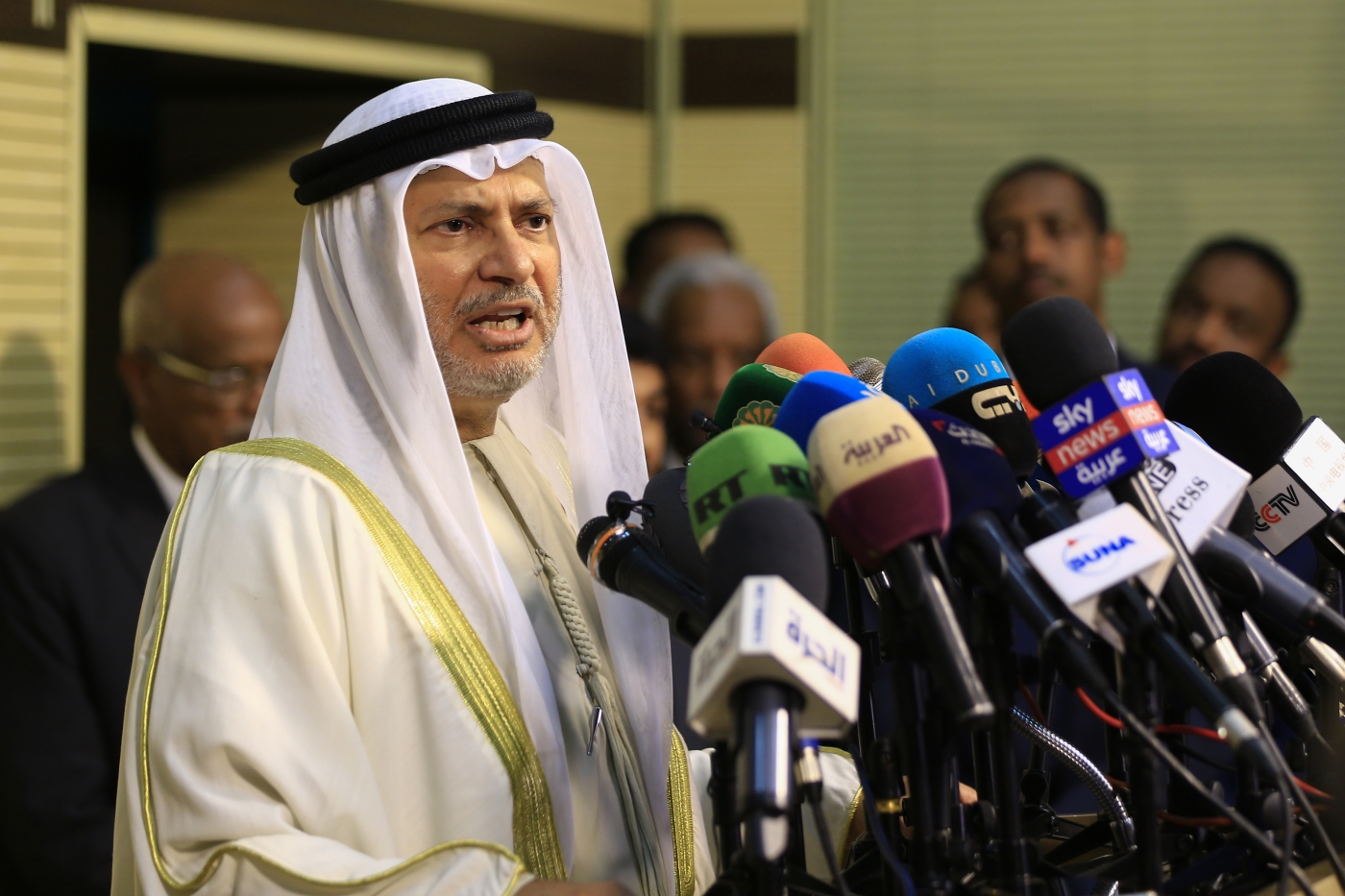 In an interview with the German daily Welt, the UAE's Minister of State for Foreign Affairs Anwar Gargash rejected claims that the French president conveyed the intention of excluding Muslims.

"We have to listen to what Macron in his speech really said, he does not want the isolation of Muslims in the West and he is absolutely right," he said.

'We have to listen to what Macron in his speech really said, he does not want the isolation of Muslims in the West,'

Gargash said that Muslims must better integrate and France has the right to search for ways to achieve this, as it fights against radicalism and community confinement.

Macron has come under heavy criticism around the Muslim world for defending the depiction of Prophet Muhammad in caricatures, as part of the right to freedom of speech.

Macron made the remarks while paying tribute to a French school teacher, Samuel Paty, who was beheaded by a Muslim militant on 16 October after he had shown caricatures of the prophet to his school pupils.

Protesters have denounced France in street rallies in several Muslim-majority countries, and some have called for boycotts of French goods.

Gargash claimed that the controversy was first the result of a political manoeuvering by Turkey’s President Recep Tayyip Erdogan.

"As soon as Erdogan sees a loophole or weakness, he uses it to increase his influence. It is only when he is shown the red line that he shows himself ready to negotiate," Gargash added.

Erdogan has sharply criticised Macron and called on Turks to never buy French goods. He also said that the French president had a problem with Muslims and needed mental checks - a rebuke that caused France to recall its ambassador from Ankara.

France has been on high alert since a Tunisian man attacked a church in the French city of Nice on Thursday, killing three people and wounding several others in a knife attack described by local officials as "terrorism".

The assailant, who arrived in Europe on 20 September from Tunisia, was shot and arrested by French police.

Meanwhile, Abu Dhabi Crown Prince Mohammed bin Zayed also voiced support for France in a phone call with Macron on Sunday, where he condemned the attacks in France which he said contradict the teachings and principles of Islam.

“[Prophet Muhammad] represents a great sanctity among Muslims, but linking this issue to violence and politicising it is unacceptable,” Bin Zayed said.

The crown prince also expressed his appreciation for “the cultural diversity in France and its embrace of its Muslim citizens who live under the umbrella of the law, and the state of institutions that serve their beliefs and cultures and exercise their rights in this context".

In an interview on Saturday, Macron attempted to correct what he described as misconceptions in the Muslim world about France’s intentions, and said that he respected the shock that the cartoons have elicited. The French president told Al Jazeera that while his country would not back down in the face of violence and would defend the right to free expression, that did not mean that he or his officials supported the cartoons or that France was anti-Muslim.

“I understand the sentiments being expressed and I respect them. But you must understand my role right now, it’s to do two things: to promote calm and also to protect these rights,” Macron said.

“I will always defend in my country the freedom to speak, to write, to think, to draw,” he added.

Macron blamed “distortions” by some political leaders on leading people to believe that the French state was behind the cartoons.

Two weeks before Paty’s killing, Macron made a high-profile address on battling "radicalism" in France, and unveiled a plan on reforming the practice of Islam in France - a religion he claimed was in crisis all over the world.

Macron said his government would present a draft law aimed at strengthening secularism in the country, against what he described as "Islamist separatism".