A British woman has accused a senior Emirati royal of sexually assaulting her while she was working on the launch of the Hay literary festival in Abu Dhabi, a UK newspaper has reported.

The Sunday Times said that Caitlin McNamara, 32, who has waived her right to anonymity, reported that she was attacked by Sheikh Nahyan bin Mubarak Al Nahyan, 69, the minister of tolerance in the United Arab Emirates (UAE) cabinet.

The alleged assault took place on 14 February - Valentine's Day - this year at a remote private island villa where McNamara thought she had been summoned to discuss preparations for the inaugural Hay Festival Abu Dhabi. 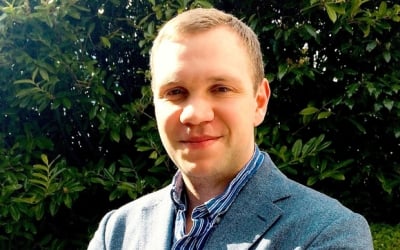 The newspaper said that McNamara has been interviewed by Scotland Yard.

At the time of the alleged attack, McNamara had spent almost six months working at Sheikh Nahyan's tolerance ministry, having been hired by the Hay Festival to organise its first collaboration with the UAE.

McNamara said that after formally inviting her for dinner, Sheikh Nahyan took her to a villa on a small island which she believes to have been part of Abu Dhabi's Al Gurm Resort.

"That's when he started touching me," she told the Sunday Times.

"It was creepy. He was on the sofa next to me and began touching my arm and feet and I was pulling away, then he got forceful... Suddenly, it clicked why I was there. I felt so naive."

McNamara said she also felt scared, the Sunday Times reported. "I was alone on this island in a concrete building with this powerful man in a country where every day you heard stories about people disappeared in the desert."

When she complained, instead of letting her go, McNamara said the sheikh took her on a tour of the villa, the newspaper said.

"We got out in a room full of bottles of perfumes and he pushed me backwards onto a circular bed covered in fur.

"He pulled up his kandora (thobe) and was naked under, and got on top of me.  I pulled my dress down but he put his hands up my dress and his fingers inside of me, it was really hurting and dry-humping me."

McNamara was so scared, the Sunday Times reported, that she cannot explain how she got away. "I just remember he kept grinding and dry-humping my leg even as I was escaping," she said.

Carter Ruck will examine whether they could prosecute Nahyan in the UK under universal jurisdiction laws, which they argue should mean human rights abuses such as torture and detaining someone against their will can be tried in any country.

A statement from Caroline Michel, chair of Hay Festival. pic.twitter.com/2WhMH8xggf

A legal opinion has been sent to the Crown Prosecution Service, the Sunday Times said. McNamara was told a decision was expected last month on whether it would proceed but has not had word yet.

Sheikh Nahyan did not respond to calls or messages from The Sunday Times over the allegations, the newspaper said, which were also sent via his press adviser.

A letter was sent by London libel lawyers Schillings with the following statement: "Our client is surprised and saddened by this allegation, which arrives eight months after the alleged incident and via a national newspaper. The account is denied."

In a statement on Sunday, Caroline Michel, chair of the Hay board, described the alleged assault "as an appalling violation and a hideous abuse of trust and position".

Michel said the Hay Festival would not return to the UAE again while Sheikh Nahyan remains in post. 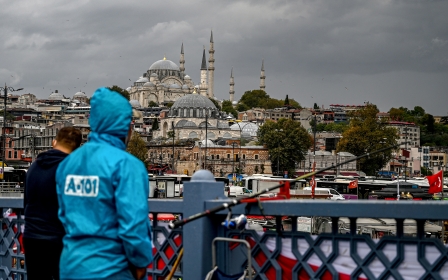 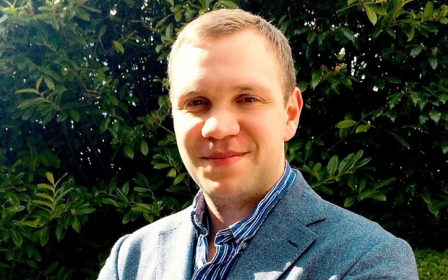 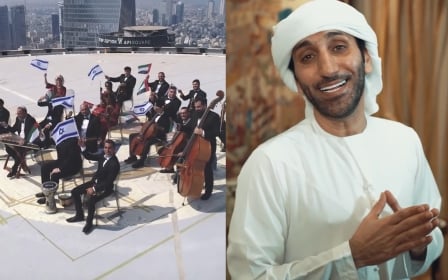