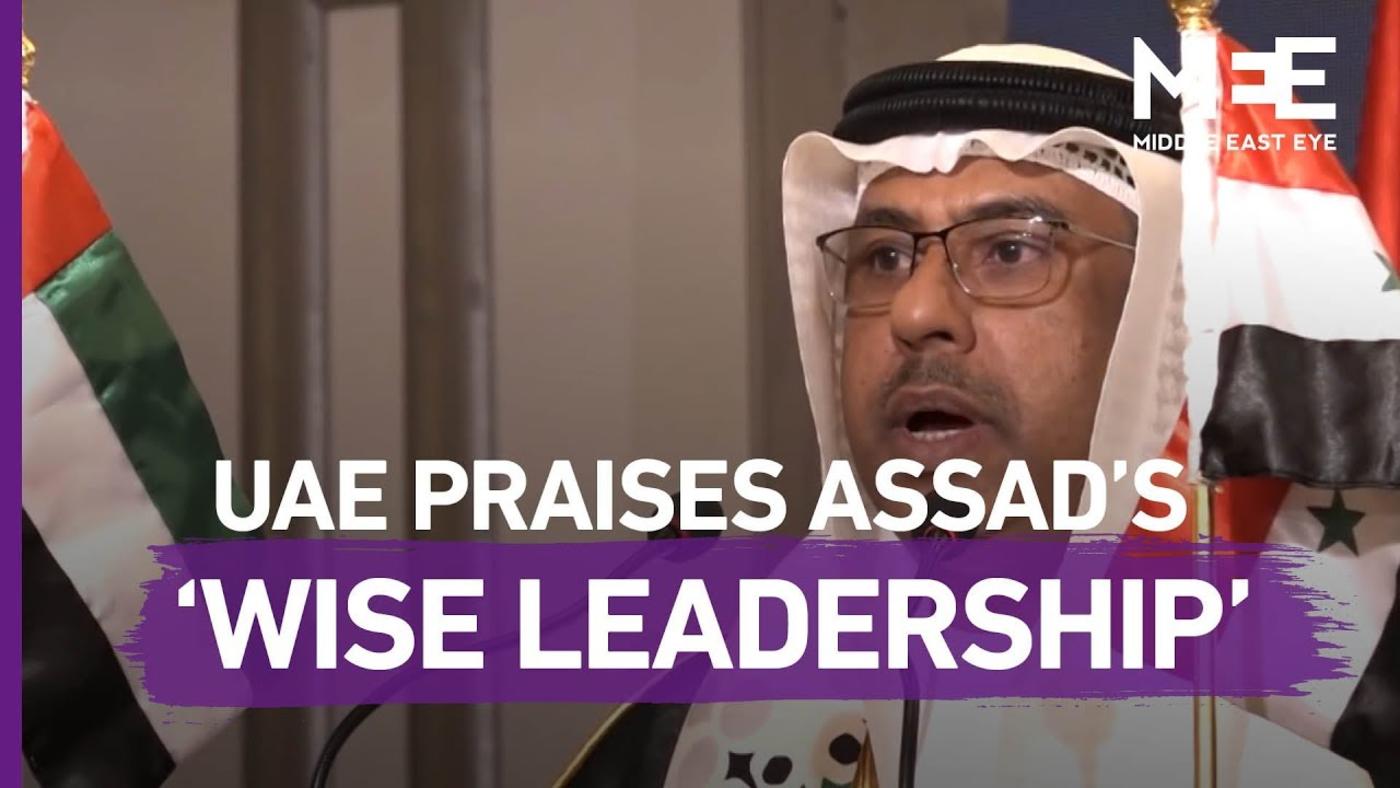 Speaking at a reception in the UAE's newly renovated embassy in Damascus, Abdul Hakim Ibrahim al-Nuaimi praised Assad's government and doubled down on Abu Dhabi's commitment to strengthen relations between the two countries.

The charges d'affairs was speaking at an event marking the UAE's 48th national day, and was pictured celebrating with Syrian officials.

"Relations between Syria and the United Arab Emirates are solid, distinctive and strong, the foundations of which were laid down by the country's founder," said Nuaimi.

"We pray to God that security and stability may prevail in Syria under the wise leadership of President Bashar al-Assad."

Nuaimi's statement comes nearly a year after the UAE restored relations with Syria, reopening its embassy six years after closing down its operations in the country after the outbreak of the Syrian civil war.

Speaking at a ceremony to mark the re-opening of the building last December, Nuaimi said: "The opening of our embassy is a first step for the return of other Arab embassies."

Earlier this year, the UAE sent a team of Emirati businessmen to represent the country at the Damascus International Fair.

Other countries that participated in the expo included Oman, while Algeria and Egypt had previously attended the fair in 2018.

The Arab League, which suspended Syria's membership in 2011, earlier this month called for Syria to be reinstated, echoing calls made in Egyptian state-run media for several months.