The UAE's under-16 football team has withdrawn from the Asian Football Confederation (AFC) Championship, after being placed in the same group as hosts Qatar.

The UAE has been part of a quartet of states boycotting Qatar since early June, when Saudi Arabia, Bahrain, Egypt and the UAE severed diplomatic ties with the Gulf state, which they accuse of supporting terrorism.

The UAE was not present at the group's qualifying match against Bangladesh on Wednesday, according to the AFC.

The AFC said that according to their competition regulations, "any member association that does not report for a match shall be considered to have withdrawn from the competition after it's commencement".

In a statement released by the UAE Football Association, they claimed that they were disappointed in how the AFC had dealt with their request.

Saudi Arabia and Qatar went head-to-head in showjumping at the Asian Indoor and Martial arts games in Turkmenistan on Thursday, with Saudi Arabia coming out with the gold medal, and Qatar silver.

Qatari rider, Hamad al-Attiayah, said in an interview that his relationship with the Saudi riders was "more like brothers". Despite the political rift between the two countries, he believes that sport can breed peace. 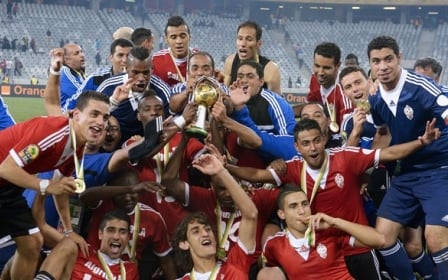 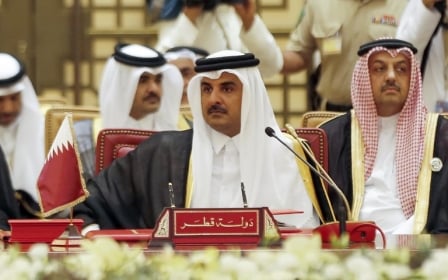