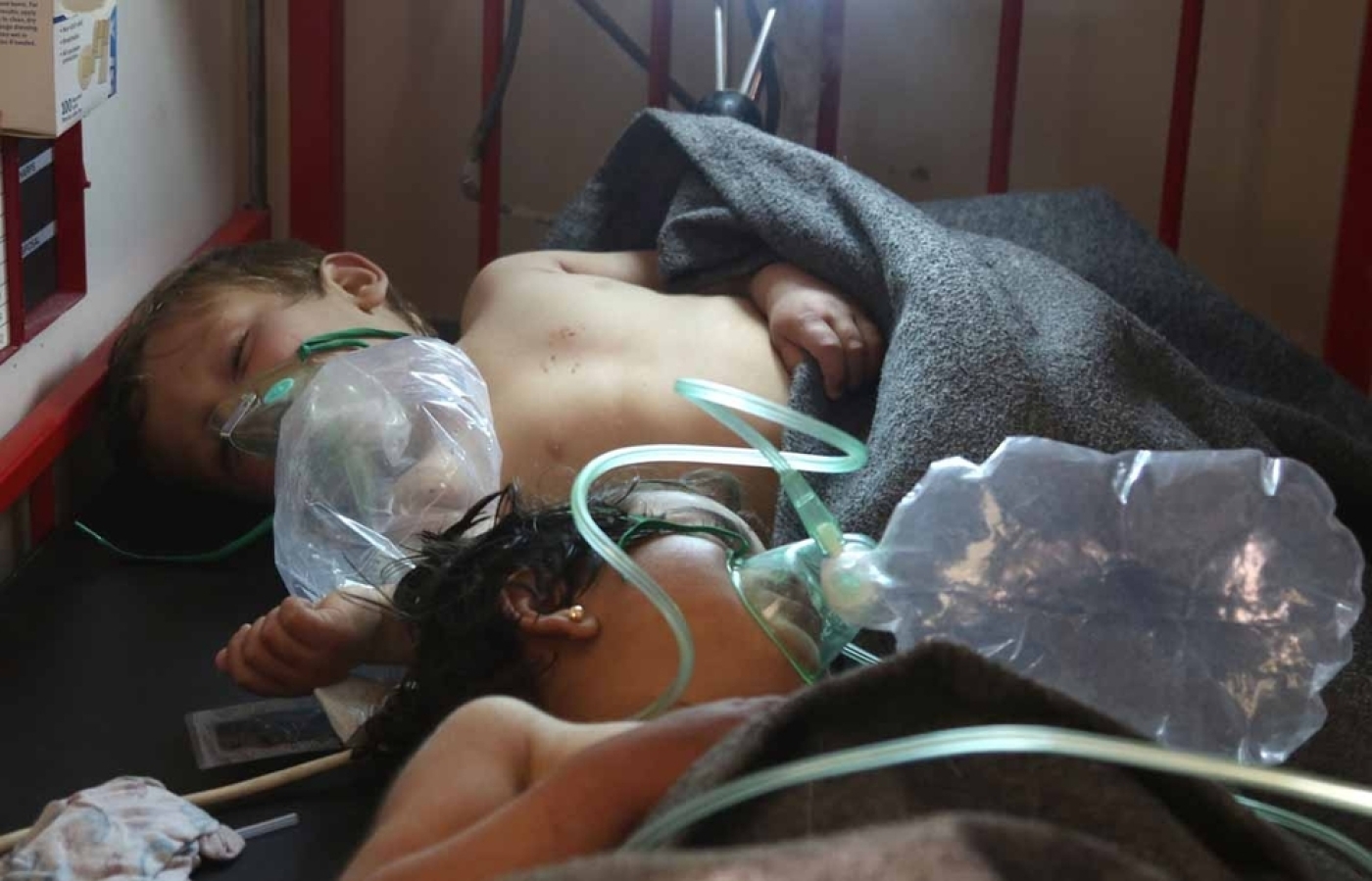 LONDON - International efforts to deter the use of chemical weapons in Syria have been largely ineffective, human rights campaigners have said on the anniversary of the sarin attack on Khan Sheikhoun.

The warning from rights campaigners came as the British government accused Russia of undermining international efforts to investigate chemical weapons use in Syria.

The attack on Khan Sheikhoun on 4 April 2017 was the largest chemical weapon attack in Syria since the Assad government entered the Chemical Weapons Convention in October 2013.

That agreement came in the wake of international pressure on the Assad government after it carried out a string of deadly chlorine attacks in Ghouta which killed more than 1,000 people.

Again and again, Russia has used its power of veto to defend Assad’s brutal regime in the United Nations Security Council

Journalists and local monitors said the "dead were wherever you looked" at the site of that attack.

The attack on Khan Sheikhoun, which killed between 80 and 100 people and wounded hundreds more, came after the Assad government had supposedly given up its chemical weapons arsenal.

Information compiled by the rights group shows that the Assad government is responsible for the majority of 85 confirmed chemical weapon attacks recorded in Syria, supporting the work of United Nations war crimes investigators who formally blamed the Syrian government for the Khan Sheikhoun sarin attack.

The HRW research also shows that Syrian government has been largely undeterred by the efforts of the United Nations Security Council, the international Organisation for the Prohibition of Chemical Weapons (OPCW), and unilateral action by individual countries to enforce the prohibition on Syria’s use of chemical weapons.

“In Syria, the government is using chemical weapons that are banned the world over without paying any price,” said Lama Fakih, deputy Middle East director at Human Rights Watch. “One year after the horrific sarin attack on Khan Sheikhoun, neither the UN Security Council nor the Organisation for the Prohibition of Chemical Weapons has acted to uphold the prohibition against chemical weapon attacks.”

Three days after the Khan Sheikhoun attack the US launched a massive cruise missile attack on a Syrian government airbase in response to Assad’s forces’ use of chemical weapons.

Nasr al-Hariri, chief negotiator for the Syrian Negotiations Commission, Syria’s umbrella opposition group, said: “Today is yet another tragic reminder of the Syrian regime’s disregard for the Syrian people, and sadly, of the world’s failure to protect Syrian civilians from the bloodshed we have suffered over the last seven years.

He added: “We look to the US and our European partners to demonstrate genuine leadership by imposing consequences for any indiscriminate violence by the Syrian regime and enable the stalled Syrian political process.”

The report from HRW on Wednesday came as the British government accused Russia of undermining OPCW investigations into the use of chemical weapons in Syria.

'Undermined and blocked by Russia'

Alistair Burt, the Foreign Office minister for the Middle East, said that efforts to halt the use of chemical weapons in Syria have been “consistently undermined and increasingly blocked by Russia”.

He said: “Again and again, they have used their power of veto to defend Assad’s brutal regime in the United Nations Security Council.

“Russia’s response to Syria’s continuing violation of the Chemical Weapons Convention has allowed these abhorrent attacks on the Syrian people to continue.”

In November Russia rejected the finding of the OPCW-UN Joint Investigative Mechanism last year confirming the Syrian regime's use of sarin at Khan Sheikhoun.

Burt also linked Russia’s inaction over chemical weapons use in Syria to the alleged “brazen” poisoning by Russia of former spy Sergei Skripal and his daugher Yulia in Salisbury last month. “More broadly, Russia’s disdain for the international system has grown ever clearer,” he said.

He added: “Russia has offered no explanation whatsoever as to how their nerve agent came to be used in this manner [in Salisbury]. Instead, as in Syria, we have seen the outpouring of disinformation designed to confuse and paralyse the international system and prevent the perpetrators of chemical weapons attacks from being held accountable.

“There should be no more victims of chemical weapons attacks, whether in the warzone of Syria or in a sleepy English town.”

Speaking before a United Nations summit on Syria, French President Emmanuel Macron said France would intervene if there was "irrefutable evidence" chemical weapons had killed civilians.

The British parliament blocked plans to send RAF jets to bomb Assad’s forces over their use of chemical weapons, in what was a dramatic defeat for the former prime minister, David Cameron, in August 2013.

However, there have been renewed calls by the foreign secretary, Boris Johnson, and some Labour backbenchers for the UK to strike Assad forces in Syria to prevent chemical weapons use.

“There is a window for a humanitarian mission across areas currently being terrorised by Assad’s forces. The UK and others could offer to protect those areas and say to Assad and Russia that this is happening, this is where aid is going and you must let them through.”

Woodcock said that “countries with the ability” to intervene have just as much a responsibility to act now, as they did when the conflict started seven years ago.