Family of four on three-year work permit will have to pay about $12,000 to access NHS Immigration Health Surcharge will increase by more than 50 percent in October, according to Independent (AFP)
By
MEE staff

The UK government has triggered widespread anger by refusing to cut an increased surcharge for foreign NHS workers to access the health service.

The Independent reported on Thursday that there will be no concessions for foreign workers, despite Home Secretary Priti Patel promising to "review" the controversial charges three weeks ago.

The Home Office told the Independent that no review took place beyond arrangements for a one-year extension for health staff whose visas will expire before 1 October this year.

"This is completely free of charge and includes an exemption from the immigration health surcharge," a spokesperson said.

The paper reported that the Immigration Health Surcharge will rise from £400 ($484) to £624 in October, and will be extended to all EU citizens from January as part of a raft of measures announced by Chancellor Rishi Sunak during his budget in March.

According to the Independent, as there is no right of deferral, or ability to pay annually, foreign staff will have to pay the amount in full for the entire duration of their visa or residency permit.

That means that a family of four on a three-year work permit will have to pay almost $12,000 to access the NHS, in addition to paying existing taxes and national insurance.

The surcharge applies to all overseas residents studying and working in the UK, including NHS staff, and their entire families.

'Pulling the rug up' on foreign workers

The opposition Labour Party called the move "unconscionable" and said "the NHS would fall over without overseas staff."

"Ministers frequently tell us how proud they are of the incredible effort being made by NHS staff, yet when they have the opportunity to do something tangible to demonstrate their appreciation they pull the rug up," said Justin Madders, Labour's shadow health minister.

The British Medical Association (BMA) said the decision "beggars belief," given the public's "huge outpouring of support for our frontline staff" in recent weeks.

"In the last two months, we've seen a huge outpouring of support for our frontline staff, including those talented colleagues who have come to work here from overseas," said Chaand Nagpaul, the BMA council chair.

"I'm sure they would be dismayed to find that the government is continuing to penalise them with this absurd fee during the crisis."

More than 170 NHS staff have died tackling the coronavirus pandemic, many of whom have been from migrant and ethnic minority backgrounds. The first eight UK doctors to have died from the virus were all immigrants. 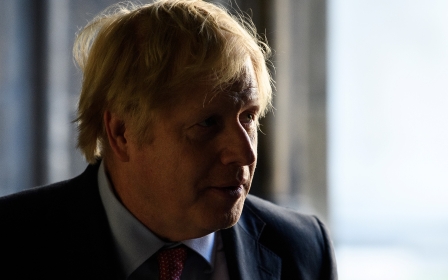