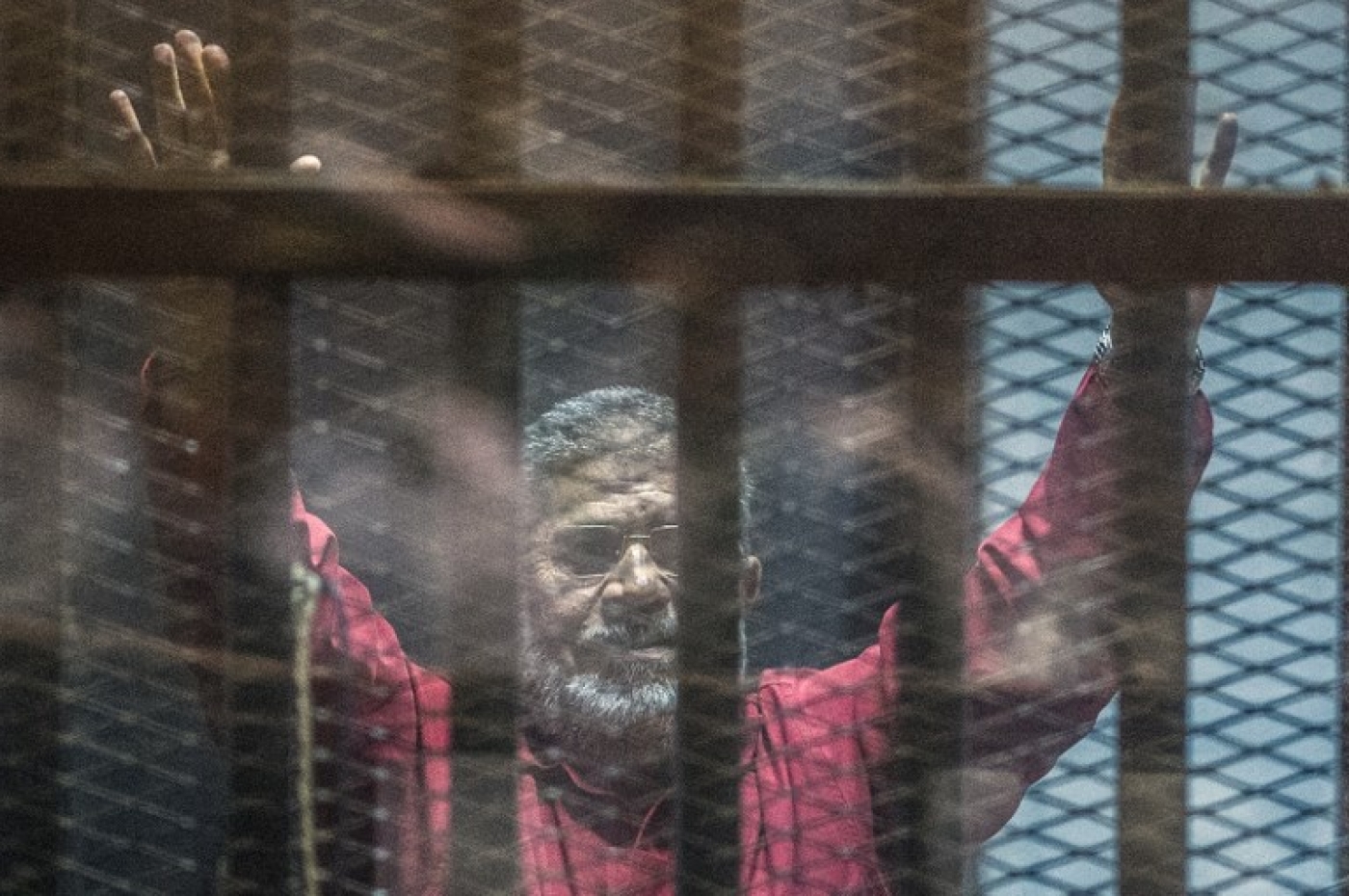 The British government rejected a call from an influential parliamentary committee to engage with Egypt’s Muslim Brotherhood, citing continuing concerns about the group’s “ambiguous relationship with political violence”.

In a response published on Thursday to a report last year by the Foreign Affairs Committee (FAC) into “Political Islam and the Muslim Brotherhood,” the government said that it did not agree with the committee’s call for it to establish “some discreet relations with formerly-elected officials in exile”.

This comes as the MP who chaired the FAC during the last parliament called the government's response "deeply disappointing".

The initial FAC report, published last November, concluded that the Muslim Brotherhood was a “fundamentally non-violent group” and said it was “an unfortunate commentary on our support for democracy” that the government was not engaged at an official level with “a political movement elected to office and removed in a military coup accompanied by significant violence”.

The Muslim Brotherhood’s Freedom and Justice Party (FJP) was elected to power in Egypt in 2011 parliamentary elections after the revolution against former president Hosni Mubarak, with Mohamed Morsi elected president in 2012.

But Morsi was overthrown in a coup led by current Egyptian President Abdel Fattah al-Sisi in 2013 amid mass rival demonstrations by both opponents and supporters of the FJP.

Morsi remains in prison, along with thousands of others accused of links to the Brotherhood, with many facing death sentences.

In its response on Thursday, the government reiterated the conclusions of a controversial and secretive 2014 review of the Muslim Brotherhood carried out by Sir John Jenkins, a former British ambassador to Saudi Arabia, which stated that “association with or influence by the Brotherhood should be considered a possible indicator of extremism”.

Jenkins' report, which was commissioned by then-prime minister David Cameron, has never been made public, although the government published what it said were its "Main Findings" in December 2015. One senior source close to the Jenkins review told MEE in March that the former ambassador had deemed the Brotherhood to be a “rite of passage” for al-Qaeda militants.

“The government does not agree with the FAC that we should be engaging with the Egyptian Muslim Brotherhood at this time,” the government said in its response published on Thursday.

“The main findings of the Muslim Brotherhood Review concluded that the Egyptian Muslim Brotherhood, through the vehicle of the FJP, did not do enough to demonstrate political moderation or a commitment to democratic values when in power in Egypt.”

It also said that a “problematic approach” by the Muslim Brotherhood had been “in evidence” in recent months. It said the Brotherhood had denied Islamic State group (IS) involvement in attacks targeting Coptic Christians in Egypt, in spite of IS claiming responsibility, and had “stoked sectarianism” with comments about Pope Francis, although it provided no further context for these comments.

However, it said that it kept its policy towards the Muslim Brotherhood “under close and continuous review”.

The government response, which was sent to the committee in July, is its second to the Political Islam report.

In its earlier response published in March it had appeared to agree with the committee’s assessment that political Islamists were a potential firewall against extremism and should be engaged with, both in power and in opposition.

In a further clarification in its latest response, it listed the general principles which it used as a guide to decide with which groups to engage as: rejection of violence; commitment to democratic processes with inclusive governance and tolerance of other faiths and minorities; and respect for international agreements.

“The government tries to avoid using broad terms such as ‘political Islam’ and ‘political Islamist groups’ as we recognise that generalisations are difficult and can be misleading,” it said.

“As reflected in our original response, we do not adopt a ‘one size fits all’ policy as ‘political Islam’ can cover a broad spectrum of movements and ideologies; and from those embracing ‘democratic principles and liberal values’ to those holding ‘intolerant, extremist views’.”

Responding to further criticism by the committee over its failure to let it see even a redacted version of Jenkins' Muslim Brotherhood review, the government said that the published main findings document had been "comprehensive and representative".

"We would reiterate to the committee the reason the full report of the review was not made public is that material provided in the strictest confidence, including by foreign governments, was reflected throughout and could not be fully redacted without rendering the report unreadable," it said.

The British government has fostered increasingly close diplomatic and trade relations with Sisi's government since the Egyptian president visited London in 2015.

Last month, Alistair Burt, UK minister of state for the Middle East and North Africa, called for closer cooperation between the governments in London and Cairo in an Arabic language article in Egypt's Al-Ahram newspaper shortly before a visit to the country.

Burt also said that the UK would impose "strict measures" on members of the Muslim Brotherhood and accused the group of "using ambiguity to hide their extremist agenda in Egypt".

"Despite the fact that there isn’t enough proof to allow us to ban the organisation, we will impose tight surveillance on the Brotherhood's behaviour and their activities including, visa requests, their source of funding for charity organisations and their relationships with international organisations.

"Britain is now one of the few countries around the world that banned, on all levels, any communication with the Brotherhood since 2013," Burt wrote.

Writing in Middle East Eye on Tuesday, Amr Darrag, a former minister in Egypt's FJP government, said that the UK government appeared to have adopted a policy of direct and explicit support for Sisi's government despite allegations of human rights violations.

"The past few weeks have seen several new developments. These include a series of foreign trips, articles and press statements by current and former British officials, which clearly indicate that a change has taken place in Britain's cautious approach towards the post-coup regime in Egypt.

"The two sides are making moves towards a more open relationship, proceeding with investments and forging future partnerships," wrote Darrag.

"Above all, there has been a clear inclination against so-called political Islam and, more specifically, against the Brotherhood."

Speaking to MEE on Friday, Darrag said that the British government's latest response to the Political Islam report appeared to indicate a shift in policy since its previous response to the report in March.

"Neither I, as a former cabinet member of the Egyptian government and senior member of a legitimate political party, nor any of my colleagues, have asked for any kind of support from the British government. We are just interested in some form of dialogue to express our position and ideas regarding the current and future conditions of our region, which is quite important for the interests of [the UK]," he said.

"Refusing dialogue with political factions is unfortunate and enhances the arguments of violent groups. This is in light of the fact that the UK government is strongly supporting the current Egyptian regime, widely acknowledged to be engaged in practices that some classify as crimes against humanity, [as cited in] numerous reports by credible human rights organisations, as well as the UN Council on Human Rights."

Crispin Blunt MP, who headed the Foreign Affairs Committee in the last parliament said that "the government’s admission that it does not engage with the Egyptian Muslim Brotherhood is deeply disappointing".

"There are undoubtedly problems about the commitment of some elements of political Islamist groups to British values of tolerance, non-violence, and democracy. However, the government rightly engages with many other individuals, groups, and governments with which it has serious disagreements on such issues.

"Hypocrisy and double standards are the lifeblood of the extremist narratives that we should be committed to tackling. It is fundamentally short-sighted to forgo engagement and discussion with any part of the Muslim Brotherhood in Egypt and reinforce the collective marginalisation of such a large part of Egyptian society.

"The government should be willing to fight for the principle that dialogue does not equate to support, but is instead a necessary precondition to bridging the serious divides in the Middle East. Egyptian society has been profoundly split over the question of the role of religion in politics, I would hope that the British Government appreciates the strategic priority of helping to heal these fractures."

Meanwhile, the British government faced criticism on Thursday for ignoring the recommendation of the Foreign Affairs Select Committee to include Turkey in the Foreign Office's Human Rights Priority List.

The government said in response to a report into UK's relations with Turkey in March that it would "continue to monitor the human rights situation in Turkey".

Blunt said the government's response was "a serious error of judgement".

“Any reasonable assessment of Turkey under the criteria for the Human Rights Priority List would consider the country as eligible: the human rights situation has reached a nadir, the trajectory over the last year has been profoundly negative, and the UK is particularly well placed to influence change.

"I am very disappointed that the government has chosen to ignore the Committee’s recommendation and I fear that by omitting Turkey the government is making a mockery of its own system," he said.

“After last year’s coup attempt in Turkey, the human rights situation has significantly worsened, with more than 100,000 public sector employees dismissed, tens of thousands of people arbitrarily arrested, hundreds of journalists detained, and hundreds of media outlets and NGOs shut down.

"Against this backdrop, it is extraordinary that Turkey is not regarded as a priority country in the FCO’s annual report on human rights." 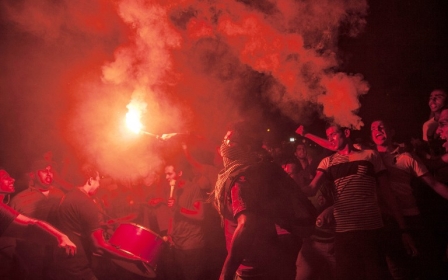 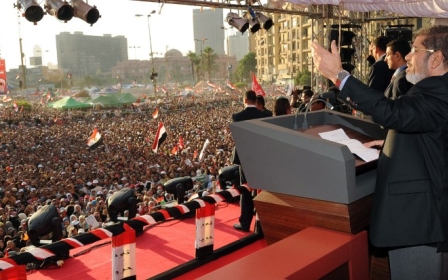