Cameron at first meeting of Community Engagement Forum in October 2015, as Lord Ahmad, May (3rd L) and Casey (R) look on (AFP)
By
Heba Fahmy

A government report on integration of immigrants in the UK has been described as "inflammatory" and "divisive" by its critics.

The Casey Review says that segregation is on the rise in the UK among other findings. It suggests that immigrants swear an “integration oath” to maintain British values and that these values be taught in schools.

Social welfare expert Louise Casey was asked to lead the review at the request of then-prime minister David Cameron as part of the government's efforts to tackle extremism.

The report, which was published on Monday, said that some Muslims and members of other minority faith groups showed less progressive views, for example towards “women’s equality, sexuality and freedom of speech”.

But Mohammed Shafiq, chief executive of the Ramadhan Foundation, said it was an "inflammatory" and "divisive" report, that deliberately targeted one community over others.

"Sadly in today's Britain, Muslims are seen as an easy target to attack by politicians, commentators and parts of the media without any regard for the impact this has on communities.

"There was no mention about the responsibility of the white community to help with integration, as many white families flee mixed areas as ethnic minorities move into a particular area," Shafiq said in a statement.

“We are saddened that once again British Muslims have become a political football which is bashed from time to time without any regard for the impact this has on individuals who then are subjected to threats and violence,” he added.

On his part, Harun Khan, secretary general of the Muslim Council of Britain, said he feared the report was one-sided, focusing on Muslims without tackling the role of other British nationals in welcoming immigrants and helping them to integrate.

In a statement, Khan said the report could be a missed opportunity. "We need to improve integration, and it needs to involve the active participation of all Britons, not just Muslim.

"As former Prime Minister David Cameron has stated: ‘integration is a two-way street’. The report has little discussion on white flight, and could have delved deeper into the economic structural barriers to integration.”

Meanwhile the Joint Council for the Wefare of Immigrants (JCWI) said in a statement that Prime Minister Theresa May needed to rethink the socially destructive immigration policies she implemented while home secretary.

"Integration comes when immigrants and the communities they live in can trust each other," said Saira Grant, its chief executive in a statement. "Negative rhetoric against immigrants perpetuated by certain media and politicians permeates into the public psyche and results in racism and xenophobia."

Can I humbly suggest that #integration goes 2 ways. It's about welcome & hospitality as much as asking people to get involved. #caseyreport

The government is liable

The report was commissioned by Cameron and then-home secretary Theresa May as part of the government's efforts to tackle extremism. Among its other findings were:

However, Casey also admitted that there was a “vicious circle” in which Muslims felt they were being blamed for terrorism and extremism, leading to suspicion, mistrust and hostility.

“Every time there’s a terrorist attack people automatically blame a person that’s called a Muslim. That’s wrong. Muslims are no more responsible for terrorist attacks than I am for the IRA," Casey told BBC 4’s Today programme.

The report referred to a 2015 UK poll showing that more than 55 percent of those interviewed believed that there was a fundamental clash between Islam and the values of British society. At the same time 46 percent of British Muslims felt that being a Muslim in Britain was difficult due to prejudice against Islam.

Casey said people should be able to discuss issues in the report without being “worried about being called racist or Islamophobic”.

The Casey review also states that the Crime Survey for England and Wales states that the actual level of hate crime experienced – including anti-Semitic and Islamophobic attacks – is more than four times the number of recorded incidents.

These attacks apparently increase following "trigger" events, such as the conflict in Israel and Gaza, and following the EU referendum, as perpetrators appeared to feel emboldened by the events and the language used around them. 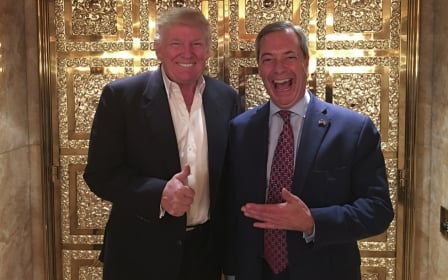 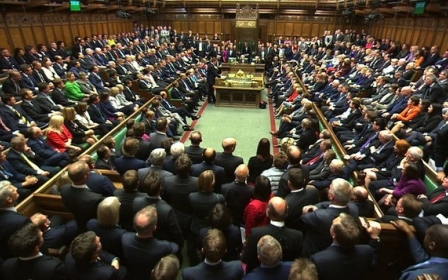