The UK Labour Party has adopted a definition of Islamophobia in the wake of the mass killing of Muslim worshippers at a mosque in Christchurch, New Zealand.

A spokesperson told the Guardian that the party's national executive committee (NEC) had adopted a rule against Islamophobia based on a definition created by the All-Party Parliamentary Group (APPG) on British Muslims, with an aim to “to help tackle Islamophobia, build a common understanding of its causes and consequences, and express solidarity with Muslim communities".

The definition characterises Islamophobia as “rooted in racism and is a type of racism that targets expressions of Muslimness or perceived Muslimness".

According to the Guardian, more than 750 British Muslim organisations, 80 academics and 50 MPs have supported the definition.

'We must work together to rid our country of this evil'

The move to adopt the definition comes as the world continued to react to the killing of 50 people in a Christchurch mosque in an apparent white supremacist attack.

In the first of the victims' funerals to take place, hundreds of mostly Muslim mourners gathered at a cemetery in the southern city of Christchurch on Wednesday to lay to rest Khalid Mustafa and his 15-year-old son Hamza.

The two were Syrian refugees who had fled to New Zealand to escape the ongoing war in the country, but were killed in last Friday's attack.

New Zealand Prime Minister Jacinda Ardern said it was "gutting" to know that "a family came here for safety and for refuge, and they should have been safe here".

The APPG on British Muslims welcomed the Labour Party's move in a tweet. "We have seen the grave dangers of allowing Islamophobia to go unchallenged and therefore words are not enough," they said. "This is a positive step in the right direction."

The UK's two largest parties have both faced repeated accusations of racism in recent years.

The Labour Party has primarily been accused of harbouring anti-semites, while the ruling Conservative Party has been hit with allegations of Islamophobia.

Naz Shah, Labour MP for Bradford West and a shadow minister for women and equalities, said it was imperatave that both parties adopt the APPG definition of Islamophobia, warning the timing "could not be more urgent".

“We must work together to rid our country of this evil, starting by urging widespread adoption of this definition so we can create deeper understanding and awareness at every level of our society," she said. 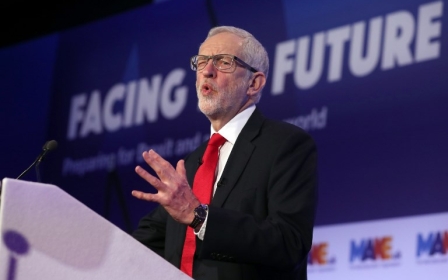 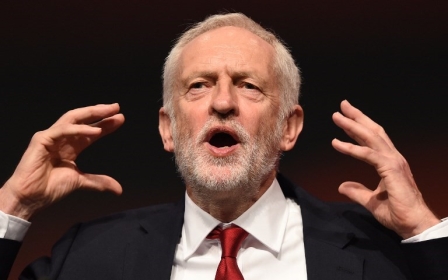