Students gather over 6,000 signatures in four days after University of East Anglia announces the closure of prayer room 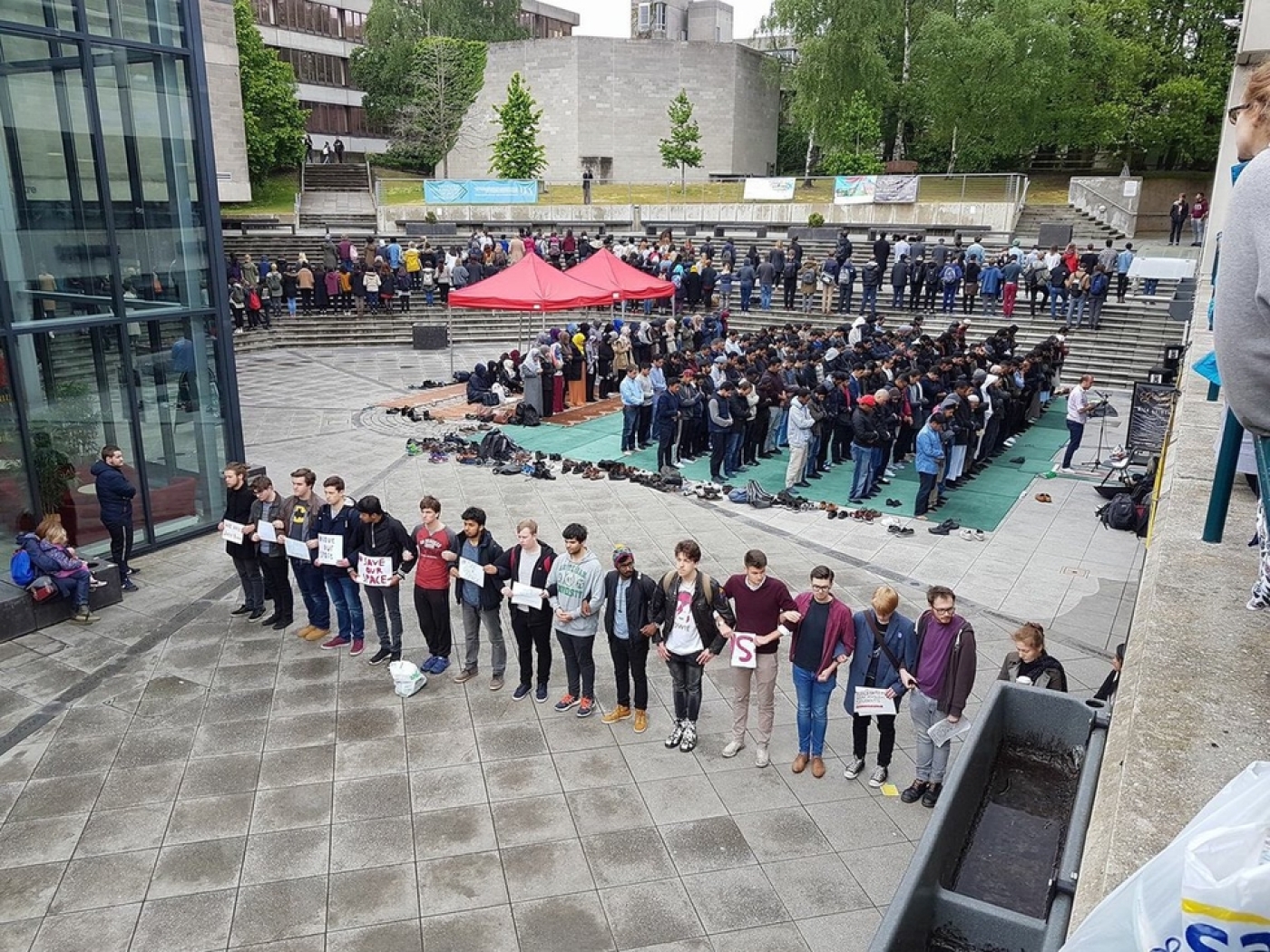 Muslim students at the University of East Anglia held prayers in the centre of their campus as part of protests against a university decision to close down a dedicated prayer space.

The closure announcement came just a week before Ramadan, the Muslim holy month.

In protest at the decision, Muslim students held Friday prayer in the centre of the Norwich campus, attracting the support of fellow students who made a circle around them, bearing signs reading “we are just praying” and “save our space”.

The Islamic Society of UEA released a statement condemning the decision, and launched an online petition, as well as kicking off a social media campaign on Thursday which gathered much support over the weekend.

The petition reached over 6,000 supporters by Monday.

The hashtag #SaveOurSpace was used to spread awareness of the petition and share support of the cause on social media.

The prayer room is currently used by over 600 staff and students according to the Islamic Society, who they argue would not fit into the “already crowded multi-faith centre”.

Addressing the university's suggestion that the multi-faith centre be used instead, the petition reads: “They don’t seem to realise that not only is the space not big enough to accommodate or balance all students of faith with Muslim students praying five times a day, but the facilities are completely inadequate.”

Proud of my uni for coming together today to support the muslims who prayed outside to protest their facilities being shut #SaveOurSpace pic.twitter.com/dK2M374R1t

Supporting our Muslim colleagues in their mission to protect their prayer room #saveourspace pic.twitter.com/NIs6ErhbDJ

Jo Swo, the welfare, community and diversity officer of the UEA students union, said in a statement,: “This is an example of how Muslim students are being overlooked, before we even start on the fact that once again this year the exam period falls on Ramadan, with no consideration for Muslim students.”

The protest was also attended by Norwich South MP Clive Lewis, who said: “For the life of me, I just cannot understand why the university has dragged their feet and let it come to this,” in a comment to HuffPost UK.

“This is really basic stuff. Our universities are meant to be for everyone - no matter what diverse needs they have,” Lewis added.

This is not the first time a UK university has attempted to shut down Muslim student prayer spaces. City University in London was accused of discrimination in 2013 after the university began locking the Friday prayer space.