Covid Families for Justice UK 'very concerned' after health ministry tells MEE it has no records on bungled import of protective gear, prompting concerns files have gone missing or been destroyed 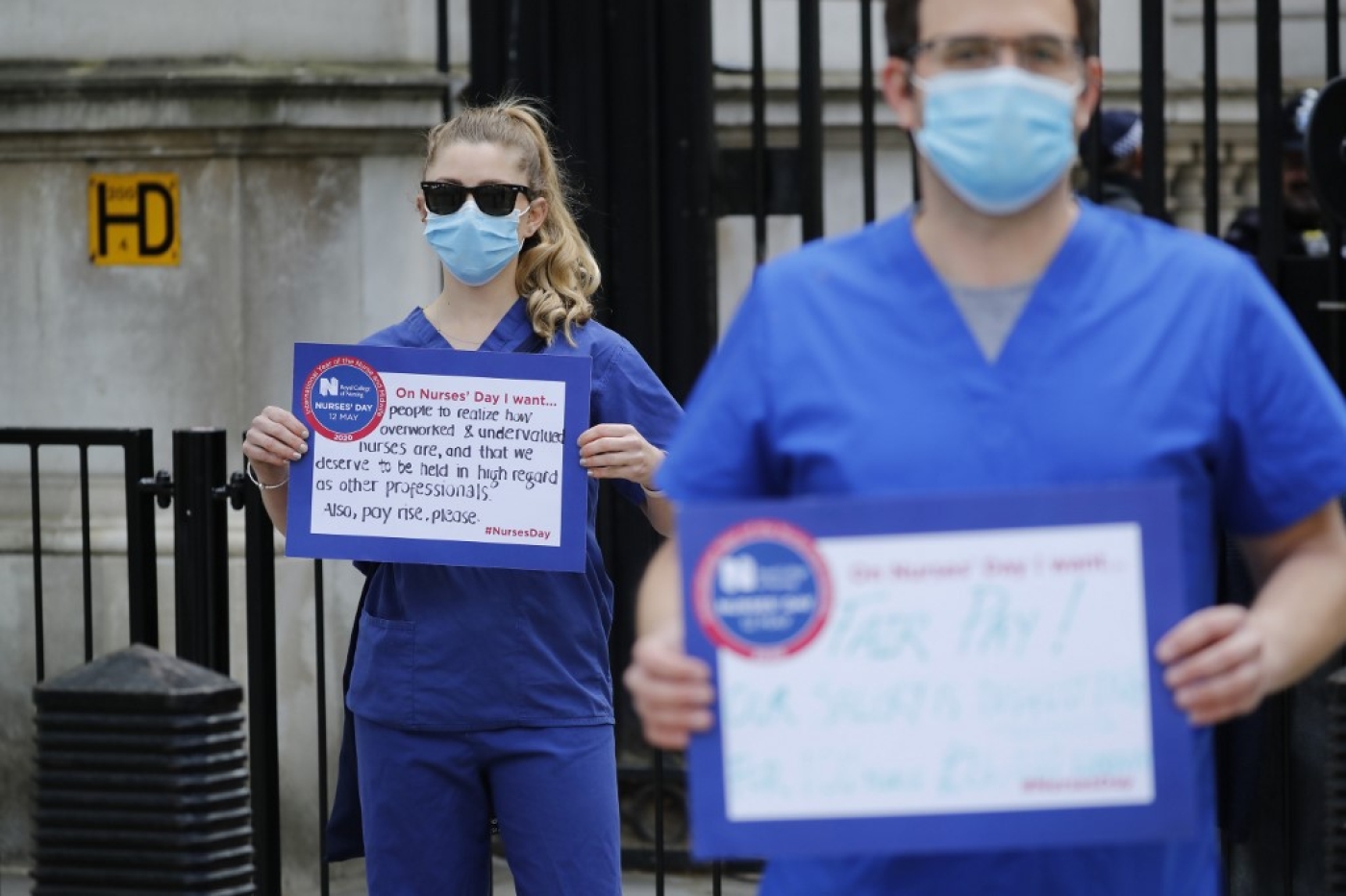 A coalition of families who have lost relatives to coronavirus in Britain has reiterated calls for an urgent inquiry after the UK government refused to confirm whether it had destroyed files related to the botched purchase of personal protective equipment (PPE) from a company in Turkey.

Earlier on Friday, Middle East Eye reported that Britain's Department of Health and Social Care (DHSC) said it had no record of attempts to purchase PPE from Turkey at the height of the coronavirus crisis.

Officials said it did not have a single report or memo about the affair, nor an email, either generated within the ministry or sent to it. More than 200 healthcare and care home workers have died in the UK due to Covid-19, following months of complaints about shortages of PPE items such as face masks, visors and gloves.

The claim has raised concerns that DHSC files are going missing in advance of a public inquiry into the UK government's handling of the pandemic.

Britain has one of the highest death rates in the world, with members of the Black, Asian, and minority ethnic (BAME) communities reporting disproportionately higher rates in deaths. On Friday, the official death toll from confirmed coronavirus cases stood at 42,461, though the true number is thought to be much higher.

Jo Goodman, a co-founder of the Covid Families for Justice UK group, said a limited-scope inquiry must begin "immediately" to learn lessons of what went wrong.

"We are very concerned to hear that important evidence relating to the UK government's response to the pandemic may have been destroyed or concealed," Goodman told Middle East Eye.

"Ensuring the preservation of evidence for an eventual full inquiry is one of the key reasons that we are calling on the government to commit to initiating a limited scope inquiry now.

"We would hope that the government would want to learn lessons from what went wrong in the early stages of its pandemic response, and for this to be possible we need to be able to ensure openness and transparency in relation to information on what happened."

Last week, the group called on the British government to launch an immediate public inquiry into the government's handling of the pandemic.

The key questions posed by the group include why the United Kingdom did not "react earlier" as the virus spread worldwide.

Collectively, the group has also identified a series of missteps taken by the British government which they believe contributed to the loss of their loved ones.

This includes concerns that the NHS was underprepared and that "frontline staff lacked adequate equipment and advice to protect both themselves and their patients".

Other issues identified include accusations that lockdown was implemented late, government advice to the public on the dangers posed by Covid-19 was unclear, and care homes were unsupported and unprotected.

At the height of the coronavirus in mid-April, when the rates of infections and deaths were soaring, medical workers were forced to wear bin liners because PPE was in such short supply. Amid the criticism, a government minister claimed that the following day the UK would be importing 84 tonnes of PPE from Turkey.

Over the next two days, the Turkish PPE failed to materialise, and the government in Ankara told MEE that it was doing all it could to assist its fellow Nato ally, but said there was a major problem: the private company selling the PPE had only ever had the capacity to supply 2,500 items.

Turkish officials appeared bemused that the British government should be suggesting that it had got to grips with its PPE crisis by entering into a contract with such a tiny firm.

Referring to the current requirement that Turkish firms must apply for permission to export PPE from the country, one official said: “God, the company doesn't even have the capacity to apply online for the export exemption.”

The Turkish government says it appealed to garment manufacturers across the country that had been repurposed to manufacture PPE, asking them to assist the UK amid its deepening crisis.

The RAF cargo aircraft dispatched to Istanbul eventually returned to the UK three days later than promised, but with less than a quarter of the PPE supplies pledged in the ministerial announcement.