British Foreign Minister Dominic Raab will call for more international support to protect shipping in the Gulf's Strait of Hormuz when he meets his French and German counterparts later on Friday.

Last month, Iran seized a British-flagged oil tanker in the strait - through which a third of the world’s oil passes - in apparent retaliation for Britain's seizure in Gibraltar of an Iranian ship accused of violating European sanctions by taking oil to Syria. At the start of August, Britain became the first country to join the US's maritime security initiative charged with protecting merchant vessels passing through the Strait of Hormuz.

Australia and Bahrain have since also joined the initiative, but Germany and France have continuously declined to take part, amid fears that it could increase the chance of open conflict with Iran.

"We...need the broadest international support possible to tackle the threats to international shipping in the Strait of Hormuz," Raab said in a statement before attending a meeting of European foreign ministers in Helsinki, Reuters news agency reported.

German Chancellor Angela Merkel said a possible separate European maritime defence operation would be discussed in Helsinki, though her foreign minister, Heiko Maas, previously acknowledged it would be slow to get off the ground.

French Defence Minister Florence Parly told AFP on Thursday that she would back an EU-led "dissuasive presence".

Raab reiterated Britain's commitment, alongside Germany and France, to a 2015 nuclear deal that US President Donald Trump pulled out of last year, reimposing sanctions on Iran. 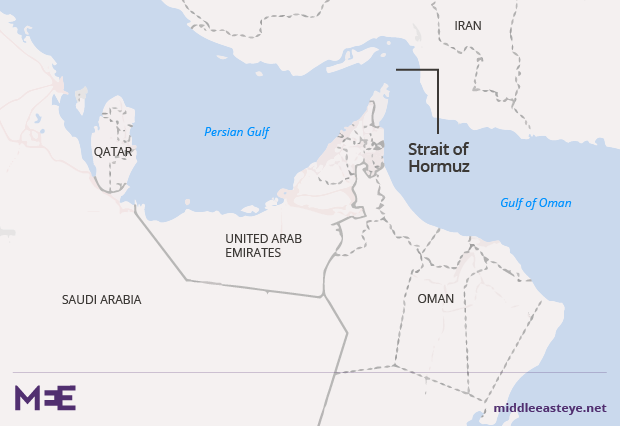 "The nuclear deal is the only deal on the table that prevents Iran from getting a nuclear weapon and we will continue working together to encourage Iran to uphold the agreement in full," Raab said, as reported by Reuters.

The 2015 deal between Iran and six world powers, reached under former US President Barack Obama, aimed to curb Iran's disputed uranium enrichment programme in exchange for the lifting of many international sanctions on Tehran.

Trump said on Monday at a G7 summit in Biarritz, France, that he might be willing to meet Rouhani in the coming weeks to end confrontation over the deal, but Iran has insisted on the lifting of sanctions before any talks begin.