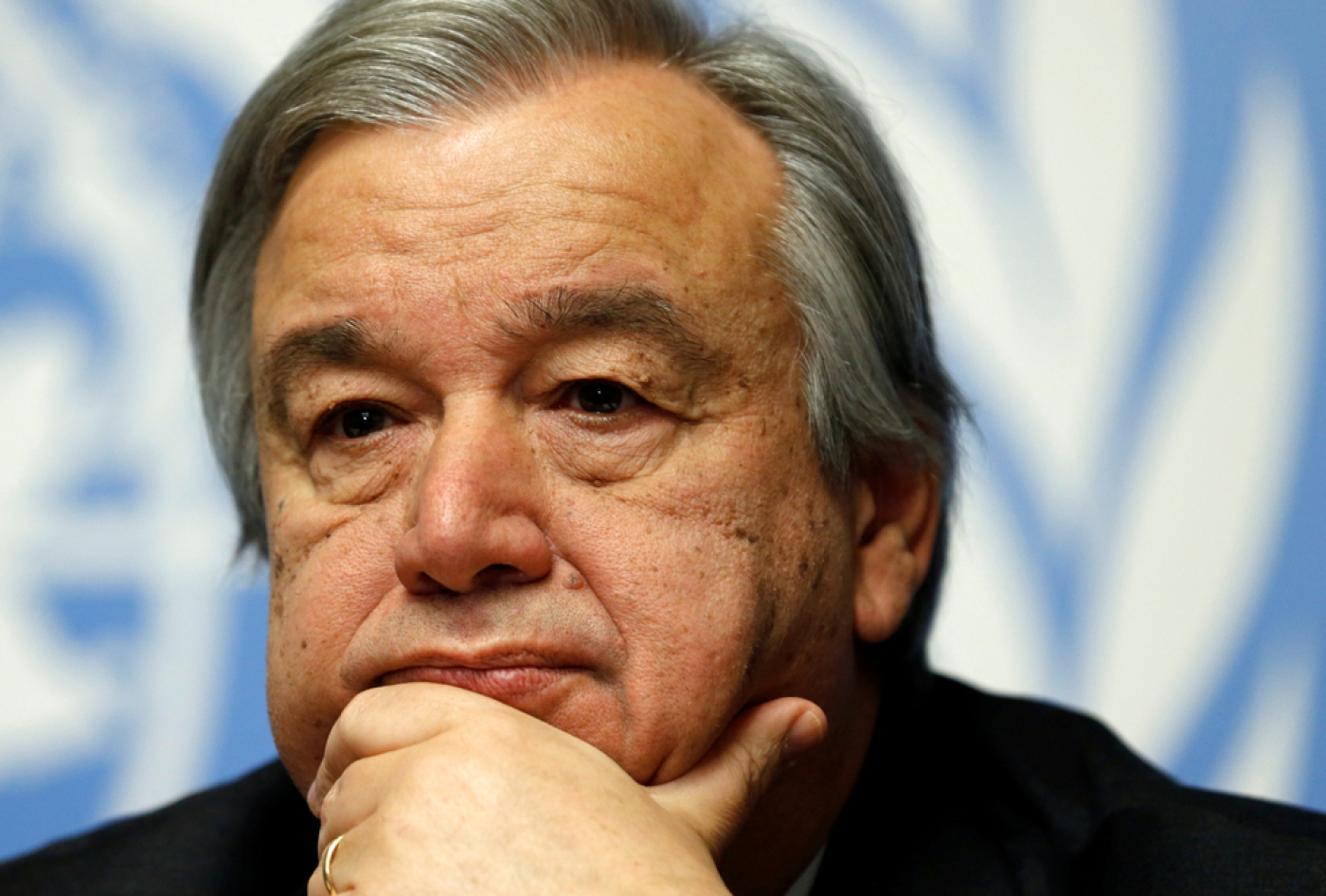 "I am gravely concerned over the dangerous escalation of violence in Gaza and southern Israel," he said in a statement. "It is imperative that all sides urgently step back from the brink of another devastating conflict."

The recent violence in Gaza marks the most serious escalation between Israel and Hamas since the 2014 war.

Four Palestinians and an Israeli soldier died in clashes Friday. More than 140 Palestinians have died so far during violent protests, and the Red Cross says more than 13,000 have been wounded.

"I call on Hamas and other Palestinian militants to cease the launching of rockets and incendiary kites and provocations" along the fence separating Israel from Gaza, Guterres said.

"And Israel must exercise restraint to avoid further inflaming the situation."

He encouraged all parties to work with the UN to find a peaceful solution to the crisis, saying that it endangered lives on both sides while aggravating the "humanitarian catastrophe" in Gaza.

Diplomats at the UN said there had not yet been a call for an urgent Security Council meeting to find ways to lower tensions. A regular monthly meeting on the Middle East is on the council's agenda for Tuesday.

A ceasefire with Israel, announced by Hamas, was generally being respected on Saturday. Egypt had brokered a ceasefire a week earlier.