The United Nations Security Council is considering a draft resolution calling for a truce in northwestern Syria "to avoid a further deterioration of the already catastrophic humanitarian situation", despite probable opposition from Russia.

Syrian President Bashar al-Assad's forces, backed by Russian airpower, have been waging an offensive since April in the Idlib region, the last remaining rebel-held territory in Syria.

The Syrian Observatory for Human Rights, a UK-based war monitor, said more than 700 air and ground strikes were carried out by pro-Assad forces in Idlib province on Thursday, killing at least seven people.

Kuwait, Germany and Belgium circulated a draft resolution, seen by the Reuters news agency, to the 15-member UN Security Council late on Wednesday that would express "outrage at the unacceptable levels of violence escalating in and around Idlib". It was not immediately clear when they aim to put it to a vote.

A resolution needs nine votes in favour and no vetoes by Russia, China, the United States, France or Britain to pass.

"Three million people - two-thirds of them women and children - are counting on your support to make this violence stop," UN aid chief Mark Lowcock told the Security Council on Thursday.

The UN estimates that since April, more than 550 civilians have been killed and about 400,000 people displaced. Almost half of the displaced people are living in open areas or under trees.

Russia's Deputy UN Ambassador Dmitry Polyanskiy did not comment directly on the proposed draft resolution, but he questioned its timing.

"As soon as the Syrian forces achieve some kind of advantage on the territory and begin to force terrorists out, our colleagues begin to say that we should stop military activity," he said. "There is a need to have an uncompromising fight against terrorists."

Senior British diplomat Stephen Hickey, speaking at his last Security Council meeting, said that despite best efforts the council had failed the people of Syria.

He noted Russia's 12 vetoes of resolutions to shield the Assad government during the more than eight-year conflict.

"We must now come together urgently to stop the violence in Idlib and to protect Syrians from further suffering," he said.

'There can be no reason, rationale, excuse or justification for the destruction of civilian areas on the scale seen in Idlib'

Russian President Vladimir Putin said on Tuesday that Russia and Turkey had agreed on steps to tackle militants in northwestern Syria and "normalise" the situation. Russian and Turkish forces in northern Syria are allied with opposing sides in the civil war.

UN Secretary-General Antonio Guterres announced earlier this month that the world body would investigate attacks on UN-supported facilities and other humanitarian sites in northwest Syria.

Russia and Syria have said their forces are not targeting civilians or civilian infrastructure.

The locations of the UN-supported facilities and other humanitarian sites including hospitals and health centres had been shared with the warring parties in a bid to protect them. Now, the UN questions whether that made them targets.

"The rules are clear," said Lowcock, the UN aid chief.

"People's homes, hospitals, schools, water systems and markets must be protected. There can be no reason, rationale, excuse or justification for the destruction of civilian areas on the scale seen in Idlib." 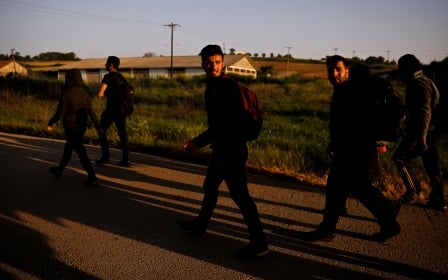