UN could authorise military force against smugglers off Libya's coast 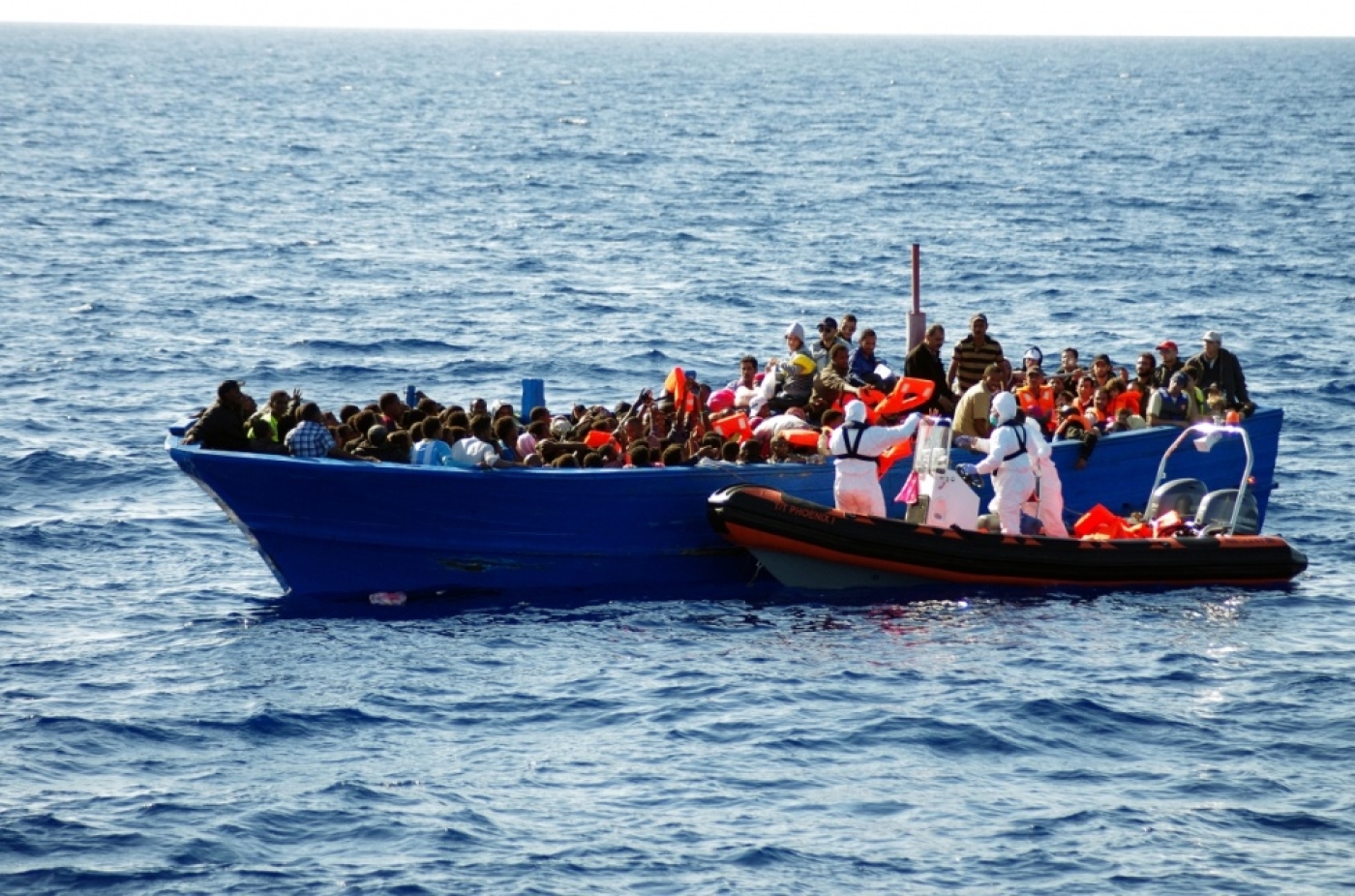 Around 3,000 people have died while crossing the Mediterranean to Europe this year, while over 500,000 have made the voyage (AFP)
By
MEE and agencies

The UN Security Council plans to vote on Friday on a draft resolution authorising European military action against migrant smugglers off Libya's coast, diplomats have said.

European warships launched Operation Sophia on Wednesday to seize traffickers' boats in international waters and stem the tide of migrants making the perilous journey across the Mediterranean.

The British-drafted measure would give UN approval to the naval operation, which was not mandatory for the European Union to take action but would provide Operation Sophia with greater legitimacy.

The measure would authorise European naval forces to board ships for inspection, seize them and even dispose of vessels suspected of being used by migrant smugglers.

The draft resolution was originally proposed in May, but it still does not answer the question of whether the migrants on seized boats are allowed safe passage to Europe.

International law forbids sovereign entities from returning asylum seekers who are fleeing war or discrimination in their home countries.

Russia had raised questions about the text, with Deputy Ambassador Petr Iliichev telling reporters that Moscow had "some concerns" about the measure drafted under chapter 7 of the UN charter, which authorises use of force.

Diplomats however said they did not expect Russia to resort to its veto power to block the resolution.

Negotiations on the text's language have been held amid intense diplomacy over a separate draft resolution proposed by Russia on the Syria crisis that appears to have made no progress.

Presented to the council last month, the draft resolution on smugglers ran into opposition from African countries and Venezuela, but have since changed their stance after Libya's internationally recognised authorities said they had dropped their opposition to the proposed resolution.

Britain circulated a revised draft resolution to the 15 council members on Tuesday along with a letter from the Libyan ambassador stating that his government "is no longer objecting" to the text.

Europe hopes that smashing the refugee trafficking networks will help save lives and deter asylum-seekers from making the dangerous journey.

Around 3,000 people have died while crossing the Mediterranean to Europe this year, while over 500,000 have made the voyage, mostly landing in Greece and Italy. Refugees
'Thank you for saving my life': Aboard a refugee rescue ship off Libya