Staffan de Mistura to meet officials in bid to save peace process, but Syrian president dismisses hopes for ceasefire 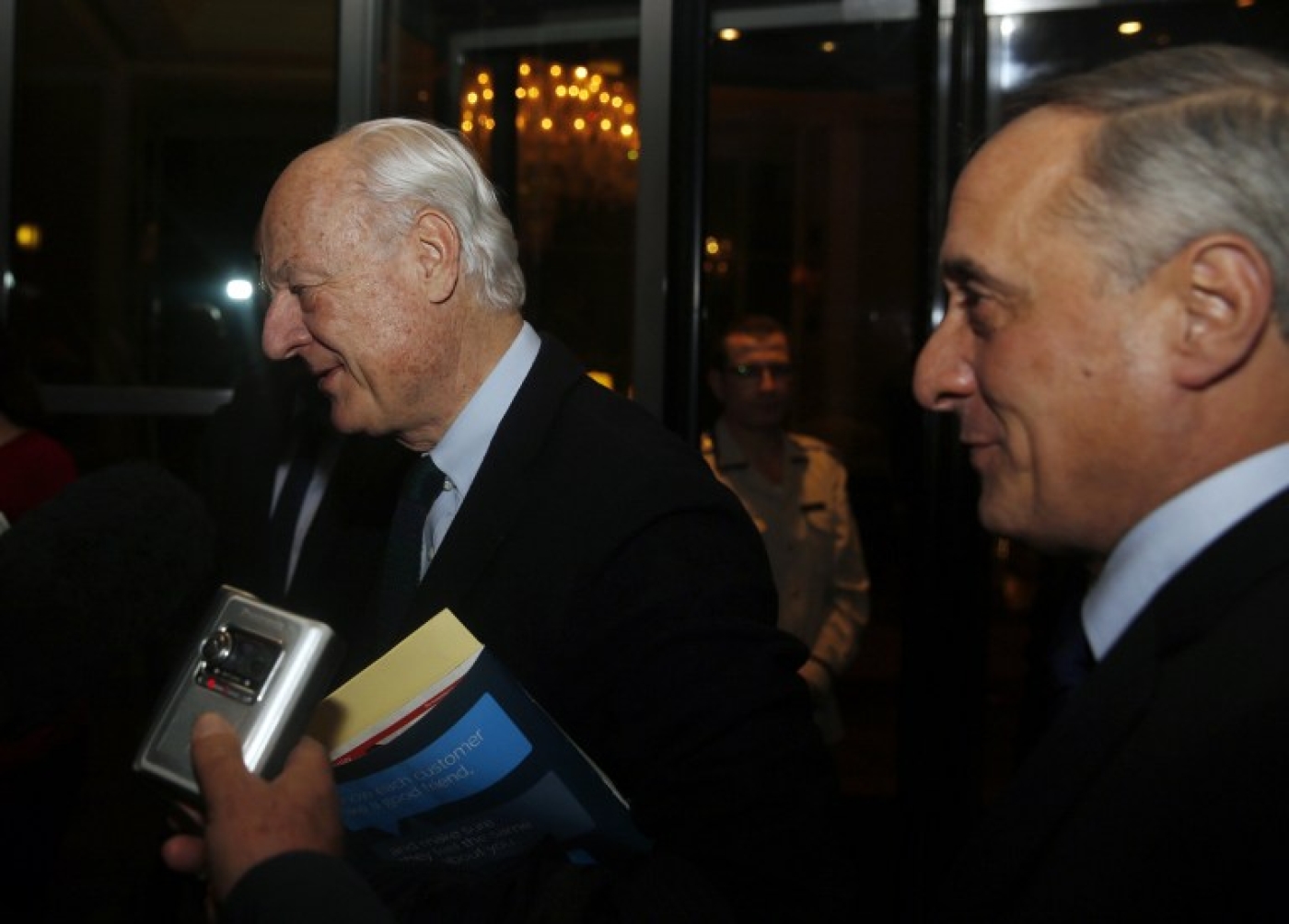 The UN's peace envoy for Syria Staffan de Mistura is set to hold talks in Damascus on Tuesday with the country's Foreign Minister Walid al-Muallem in an apparent effort to secure Syrian government commitment for a tentative internationally agreed plan for a cessation of hostilities within days.

De Mistura, who has called for peace talks to resume in Geneva on 25 February, arrived in the Syrian capital on Monday night, Syrian and UN officials said.

A UN official said that de Mistura was there to "follow up on commitments made in Munich", referring to the international security conference where the agreement to halt fighting within a week was announced last Friday.

He is also expected to discuss aid access to war-stricken areas and the possible resumption of peace negotiations.

Talks stalled earlier this month amid disagreement over which opposition groups should be permitted a place at the table and the refusal of opposition groups to negotiate after Syrian government forces and their allies launched a major offensive backed by Russian air strikes.

Syrian President Bashar al-Assad cast doubt on the prospects for an imminent ceasefire in comments to Syrian state television on Monday night, suggesting that "nobody" could make it happen.

"Regarding a ceasefire, a halt to operations, if it happened, it doesn't mean that each party will stop using weapons," said Assad, who last week pledged to recapture all of Syria, even at a "heavy cost".

"A ceasefire means in the first place halting the terrorists from strengthening their positions. Movement of weapons, equipment or terrorists, or fortification of positions, will not be allowed."

Assad said that one question that needed to be discussed prior to a ceasefire was who constituted a terrorist, and said that as far as the government was concerned anyone who took up a weapon against the state was a terrorist.

The US and other countries have called for so-called moderate rebels to be admitted to peace talks and to be recognised in any cessation of hostilities deal.

De Mistura's visit appears to have been arranged at short notice as earlier the envoy's office had cancelled a press conference scheduled for Tuesday in Geneva and pushed it back to Friday.

His arrival in Damascus came with the Syria government and Russia under scrutiny over a number of reported air strikes which hit several hospitals in northern Syria killing at least 50 people on Monday.

Officials for medical charity Doctors Without Borders (MSF) said that an attack on one of its hospitals in Maaret al-Numan, Idlib province, appeared to have been carried out deliberately by Russian or government jets.

On Monday evening, UN chief Ban Ki-Moon called the strikes "blatant violations of international law", with a UN spokesman saying the attacks had "cast a shadow" on the ceasefire agreement made between the 17-country International Syrian Support Group last week.

The Kremlin's spokesman Dmitry Peskov said on Tuesday: "Those who make such statements are not capable of backing them up with proof."

Fears of a further escalation in Syria's five-year war grew late on Monday following reports that Kurdish forces had captured the town of Tal Rifaat, a town on the road between Aleppo and Azaz near the Turkish border which had previously been in the control of rival rebel groups.

Turkey has warned Kurdish fighters that it will not allow them to take control of Azaz and has been shelling Kurdish YPG (People's Protection Units) forces in the area since Saturday. The US has called on Turkey to stop and told the Kurds to refrain from taking territory, while the situation has further damaged already fraught relations between Ankara and Moscow.

The battle for Tal Rifaat highlights the complexity and shifting alliances of the battle in northern Syria, with the US-backed Syrian Democratic Forces, an alliance of Kurdish and Arab fighters including YPG forces, taking advantage of earlier Russian air strikes to advance on the town.

The US and Turkey are partners in the US-led coalition that is bombing Islamic State in Iraq and Syria and has sometimes targeted the al-Qaeda-affiliated Nusra Front, with US warplanes and other coalition air forces based at Turkey's Incirlik air base.