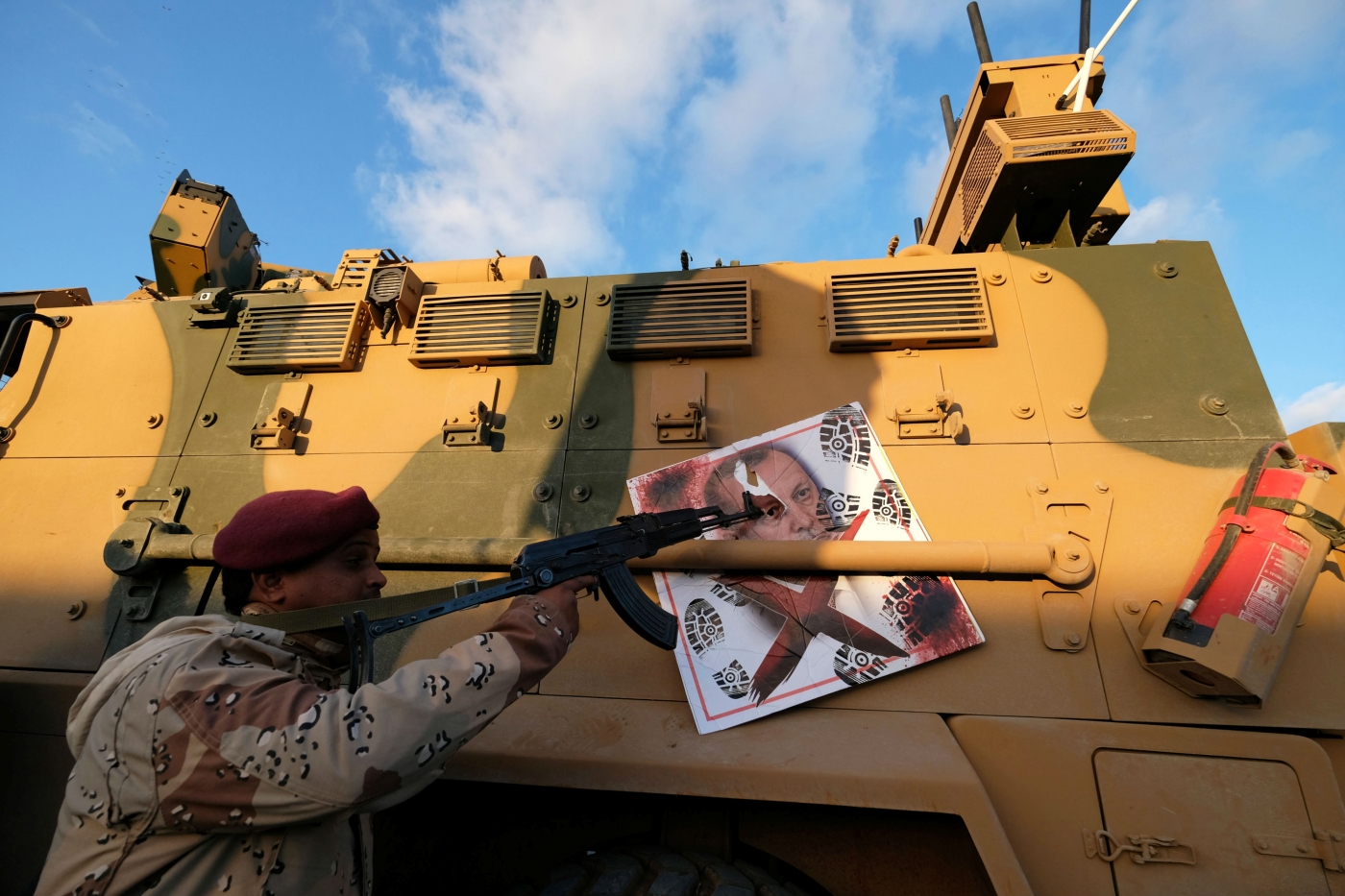 The United Nations said on Thursday it was suspending its services at a refugee centre in Libya over safety concerns and was evacuating the facility, as France revealed it had spotted a Turkish vessel delivering a military shipment to the war-torn country.

Jean-Paul Cavelieri, head of the UN refugee agency in Libya, said his organisation had learned military and police training exercises were being held just outside the refugee facility in Tripoli.

"We fear that the entire area could become a military target, further endangering the lives of refugees, asylum seekers and other civilians," he said in a statement.

Since April, eastern commander Khalifa Haftar’s self-styled Libyan National Army (LNA) has been staging an assault on the Libyan capital, which is held by the UN-recognised Government of National Accord (GNA).

The LNA is backed by Emirati, Egyptian and Sudanese forces, as well as Russian mercenaries, and have struck refugee centres and other civilian infrastructure with air strikes and artillery. Libya is a major departure point for refugees and migrants seeking to cross the Mediterranean and reach Europe. Dozens of refugees have begun to be moved from the centre for “protection reasons”, the UN said. Highly vulnerable, they were residing in the facility ahead of being resettled in third countries.

The GDF has evacuated nearly 1,700 refugees since December 2018, but it has become increasingly overcrowded as hundreds more have headed to the centre, which the UN warned last year had left it unable to function properly.

Though stalemated for months, the conflict around Tripoli has become increasingly unstable in recent weeks as the LNA makes advances.

In response, Turkey has begun providing military aid to the GNA, including sending Syrian fighters to fight on its behalf.

The cargo ship Bana docked in Tripoli port on Wednesday, said the source.

Libya, however, remains under an international arms embargo, the constant violations of which was lamented by UN envoy Ghassan Salame.

"These manoeuvres to resupply the two parties threaten to precipitate a new and much more dangerous conflagration," he told the UN Security Council.

"I urge the parties and their foreign sponsors to desist from reckless actions and instead renew their expressed commitment to work towards a ceasefire."