Iraqi troops, backed by US-led coalition, are hoping to secure the entire city before Ramadan starts 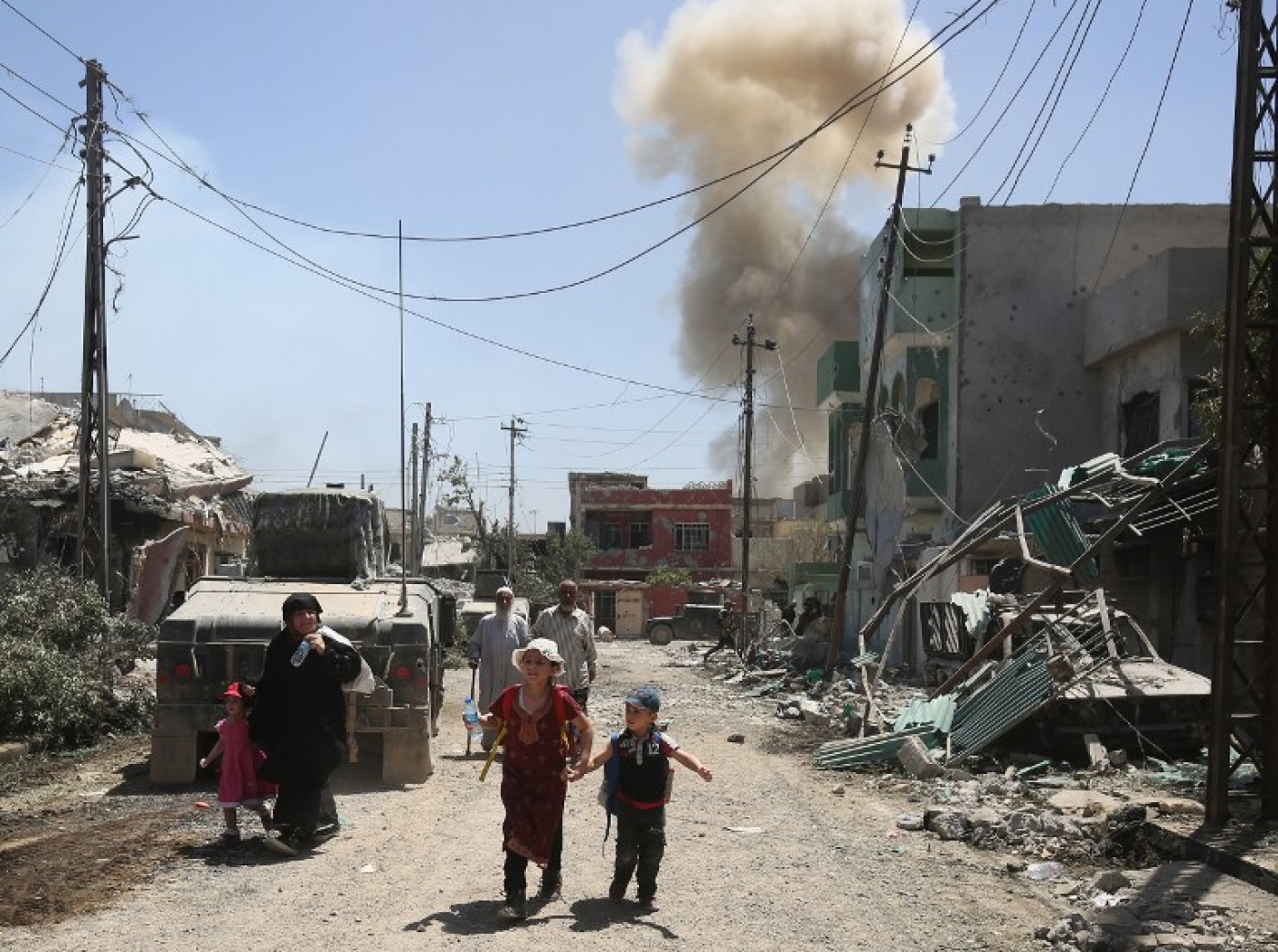 Displaced Iraqis from Mosul's western Rabie neighbourhood flee their homes as security forces advance into the area, on 17 May 2017 (AFP)
By
MEE and agencies

The United Nations said on Thursday up to 200,000 more people could flee Mosul as Iraqi forces push into the last districts held by Islamic State militants.

Iraqi authorities and aid agencies are already struggling to cope with a surge in displacement since security forces opened a new front against the militants in Mosul earlier this month.

Backed by a US-led coalition, Iraqi forces have dislodged Islamic State from all but about 12 square km (5 square miles) of the city and are seeking to claim victory before the holy month of Ramadan in less than two weeks. 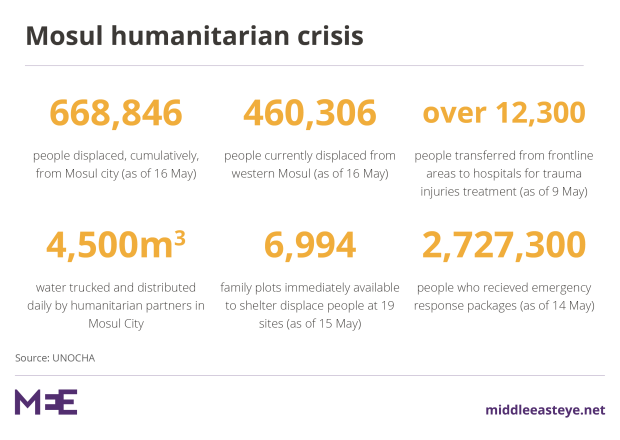 The militants, however, still control a shrinking pocket of ground in Old City hemmed against the west bank of the Tigris, where they are expected to make their last stand in the densely populated, narrow streets that are impassable for armoured vehicles.

“As military operations intensify and move closer to Mosul’s Old City area, we expect that up to 200,000 more people will flee,” Lise Grande, the UN's Humanitarian Coordinator for Iraq said in a statement, describing the figures as ”alarming“.

“The numbers of people who are moving are now so large, it’s becoming more and more difficult to ensure civilians receive the assistance and protection they need.”

Nearly 700,000 people have fled Mosul since the start of the campaign to retake the city last October, seeking refuge either with friends and relatives or in camps.

The UN warning came as Human Rights Watch said on Thursday the Iraqi army and other local security forces had forced over 300 displaced families to return to districts of Mosul that are still at risk of attack by IS.

The families, who had fled to the Hammam al-Alil and Hajj Ali camps for displaced people, are severely short of water, food, electricity, and medical assistance, the rights groups said.

“People from western Mosul fled some of the worst fighting there and finally found safety, only to be forced back to areas still under ISIS fire. These families should not be forcibly returned to unsafe areas and areas that lack adequate water, food, electricity, or health facilities,” said Lama Fakih, deputy Middle East director at HRW.

The rights group said one witness saw an Iraqi army officer load a family onto a truck and drive them to Baghdad Circle, the southern entry point to the city, just over two kilometres from the front line, without giving them any choice in where they were taken.

The attack on Mosul has been supported by a campaign of US-led coalition air strikes in and around the city, which senior Iraqi commanders say have destroyed more than 300-explosive rigged vehicles, as well as more than 200 IS tunnels and fighting positions.

IS now controls just a handful of areas around the Old City, one of the country’s heritage jewels. The area's narrow streets and closely spaced buildings make it difficult for federal forces to take on the militants, requiring them to fight on foot instead of from vehicles, as they have previously done.

Reporters in Mosul have also reported that Iraqi forces are carrying gas masks, amid fears that IS may use chemical weapons in defence of the city.

Some 250,000 civilians are estimated to still be trapped inside the city's west, while the number of those fleeing has been on the rise, with Tuesday seeing around 20,000 people fleeing west Mosul, the Norwegian Refugee Council said, in the biggest single-day displacement since the operation began.

The presence of a large civilian population, which either chose not to leave or was prevented from doing so by IS, complicates any final assault to seal victory in Mosul.

While coalition air strikes have aided the advance of Iraqi forces, they have also reportedly caused hundreds of civilian casualties in the city.

Human shields have become a central feature of the vastly outnumbered militants' defences, and IS has stopped at nothing to deter people from escaping the city, including killing people who seek to flee. Iraq at War
Islamic State 'on brink of total defeat' in Mosul, says US commander Iraq at War
'The walls came apart around me': Mosul reels from horror air attacks 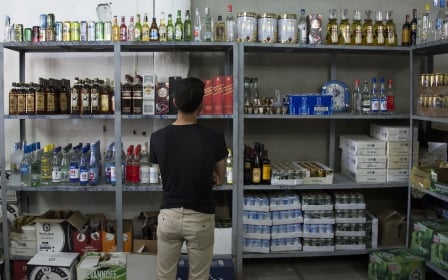