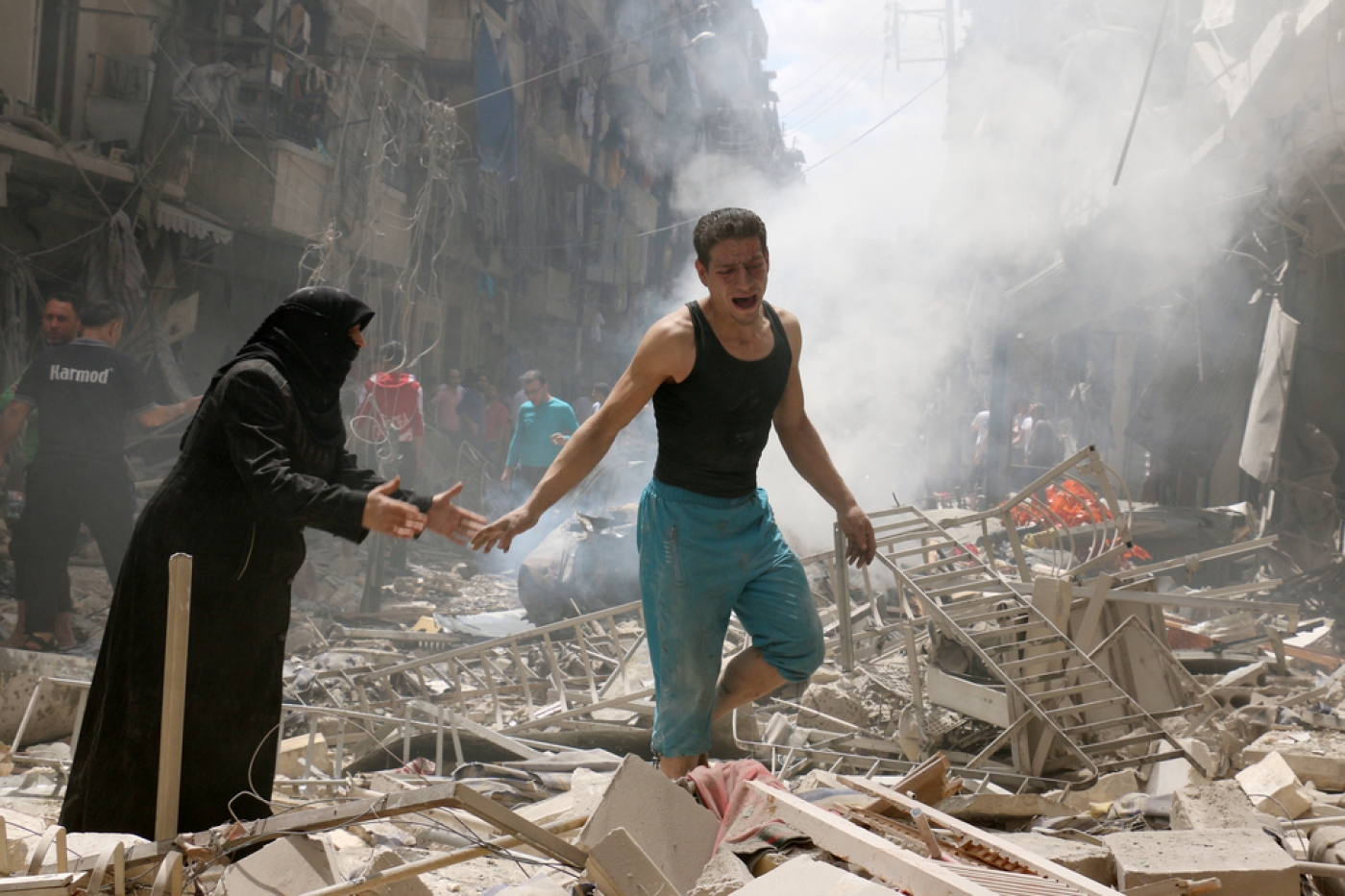 Attacks against civilian targets in Syria are “inexcusable,” the UN said on Thursday night after a raid blamed on government forces killed at least 14 people at a hospital, including the last paediatrician in rebel-held areas of the northern city of Aleppo.

“There must be accountability for these crimes,” UN Secretary General Ban Ki-moon said in a statement.

Washington on Thursday condemned what it said was a “deliberate strike on a known medical facility,” calling on Russia to rein in its ally, Syrian President Bashar al-Assad.

"Russia has an urgent responsibility to press the regime to fulfil its commitments under UNSCR 2254, including in particular to stop attacking civilians, medical facilities, and first responders, and to abide fully by the cessation of hostilities,” US Secretary of State John Kerry said.

Talks in Geneva aiming to end a war that has created the world's worst refugee crisis, allowed for the rise of the Islamic State (IS) group and drawn in regional and major powers have all but failed, and a truce to allow them to take place has collapsed, Reuters said.

The bloodshed prompted UN Envoy to Syria Staffan de Mistura to warn the truce that came into effect in February is now “barely alive”.

De Mistura called on the US and Russia, which jointly sponsored the deal, to rescue it.

Doctors Without Borders (MSF), which supported al-Quds hospital in Aleppo, said that 14 patients and staff members – including two doctors – were killed when planes said to belong to the government struck the facility.

An MSF representative, Aitor Zabalgogeazkoa, told the BBC that the paediatrician who died was Mohammed Wasim Moaz, who had worked at the hospital since 2013.

"He kept it going, was always there and always worried about the needs of the people. He was honest and very committed. He worked in conditions you cannot even begin to imagine," Zabalgogeazkoa said.

Rami Abdurahman, head of the monitoring group the Syrian Observatory for Human Rights, told the BBC that Dr Moaz, 36, was the last paediatrician in the rebel-held part of Aleppo and another was to be sent on Thursday to take his place.

Syria's High Negotiations Committee, which represents opposition forces at international negotiations on the crisis, said as many as 27 people were killed in the attack.

Overall, intense fighting in Aleppo killed at least 53 civilians on Thursday in the bloodiest day in more than a week of clashes between government forces and rebels.

The UN says that the situation in Aleppo – which has been divided between rebel and government control for years – is “catastrophic” and that urgent aid supplies must be sent in.

Government sources said on Thursday night that they are planning an all-out offensive on Aleppo, where fighters from al-Nusra Front – the al-Qaeda affiliate in Syria – are said to be massing.

Al-Nusra Front, alongside the IS, was left out of the ceasefire deal, meaning that all parties to the conflict have been allowed to continue attacking them.

The government sources said that forces allied with Assad are planning a “huge operation...to push the rebels away from the city by encircling it and creating a security zone”.