The UN Security Council will vote on Monday on a French-drafted resolution to quickly deploy UN observers to Aleppo, with Russia, Syria's ally, giving cautious backing to the measure.

Russia had threatened to veto a first draft presented by France calling for observers to monitor evacuations from Aleppo and report on the protection of civilians in the besieged Syrian city.

But after nearly four hours of closed-door council consultations on Sunday, a new draft was agreed.

Russian Ambassador Vitaly Churkin told reporters: "We put in some good hours of work and I think we have a good text."

French Ambassador Francois Delattre declared that the council had reached "common ground," while US Ambassador Samantha Power anticipated the member states would vote "unanimously" at 9am (1400 GMT).

The vote, initially tabled for Sunday, was delayed until Monday to allow the Russian delegation to consult with Moscow on the final draft resolution that provides for UN and other international observers to be dispatched to eastern Aleppo.

Civilians waiting to be evacuated today in #Aleppo pic.twitter.com/Rh8dHZmfey

The new draft calls on UN Secretary-General Ban Ki-moon to make arrangements, in consultation with Syrian authorities and the rebels, to allow UN monitoring of "the well-being of civilians".

Moscow had presented its own draft resolution that requested that the United Nations make "arrangements" to monitor the situation, but made no specific mention of sending observers to east Aleppo.

France and the United States said the new text, which took into account Russian proposals, resulted in minor changes.

"The text left standing includes all the core provisions to allow for UN monitoring, to get the 100-plus UN people ready to go to team up with the ICRC and the Syrian Red Crescent," said Power.

Evacuations of fighters and civilians from Aleppo were suspended on Sunday after gunmen attacked buses for a similar operation from two rebel-besieged villages.

Syrian forces this week moved to assert full control over the east of the city, which had been held by opposition fighters since 2012.

Russia, which has deployed forces in Syria to support President Bashar al-Assad's military, has vetoed six resolutions on Syria since the conflict began in March 2011.

Delattre said the international presence would prevent Aleppo from turning into another Srebrenica, where thousands of Bosnian men and boys were massacred in 1995 when the town fell to Bosnian Serb forces.

"If adopted, I believe it will be the first time the Security Council has been able to agree on a text in a long time," said Delattre.

"It will give us collectively the tools to try to avoid a new Srebrenica."

The draft resolution "demands that all parties allow complete, immediate, unconditional, safe and unhindered access" for humanitarian aid to Aleppo, which has been under siege since July.

It stressed that evacuations of civilians must be "voluntary and to final destinations of their choice, and protection must be provided to all civilians who choose or who have been forced to be evacuations and those who opt to remain in their homes".

It calls for the protection of doctors, medical workers and hospitals following reports that Syrian forces bombed all of the medical facilities in east Aleppo.

Ban is due to report to the council within five days of the adoption of the resolution on whether access has been granted by the Syrian government, which has repeatedly blocked UN aid.

France hopes the draft resolution, if adopted, will give new momentum to efforts to reach a broader ceasefire and re-start political talks on ending the war.

Hundreds of civilians, including scores of children, have died in east Aleppo during the latest fighting. Nationwide, more than 310,000 people have been killed in the nearly six-year war. 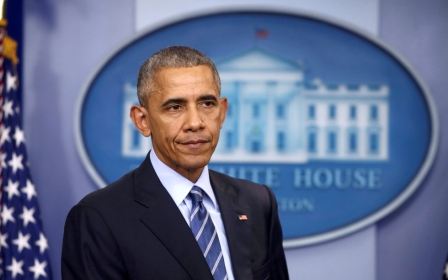