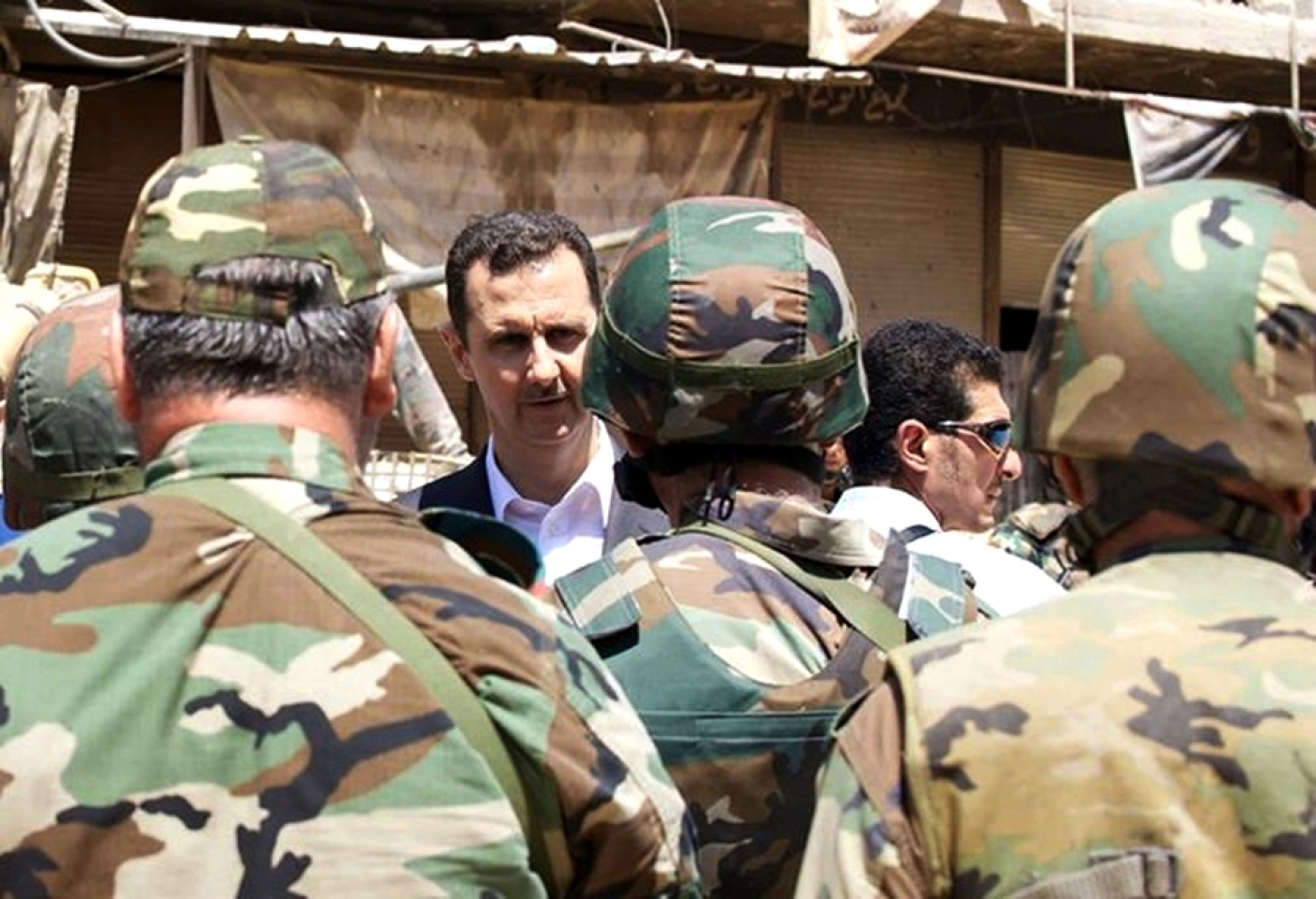 The UN is no longer using the phrase "political transition" to describe the goals of next week's Syria peace talks, in a potentially major concession to negotiators representing the Syrian president, Bashar al-Assad.

"Political transition" is a phrase understood by the opposition to mean a removal of Assad or at least an erosion of his powers.

But his government has rejected any such suggestion, and at previous peace talks in Geneva his negotiators consistently tried to steer away from it.

Yara Sharif, the spokeswoman for UN envoy Staffan de Mistura, initially told a regular UN briefing in Geneva on Friday that the talks, due to start on 23 February, would address the political transition.

"I think, yes, you can use the word 'political transition'. It is going to be a focus I guess as it has been in the past," she said in response to a question.

"At the briefing I was asked about the intra-Syrian negotiations and whether the issue of political transition would be discussed," she said in an email statement.

"Please note that the negotiations will be entirely guided by Security Council Resolution 2254, which talks specifically about governance, a new constitution and elections in Syria."

The December 2015 resolution, unanimously adopted as the basis for peace talks, says the UN secretary-general should convene formal negotiations on "a political transition process on an urgent basis... with a view to a lasting political settlement of the crisis".

It also refers to previous international agreements which called for a transition.

But its description of the political process contains no mention of the phrase, setting out the aims as a new constitution, free and fair elections under UN supervision, and transparent and accountable governance.

Under that terminology, it makes no mention of the removal of Assad as president, or any erosion of his powers.

Turkey's deputy prime minister Mehmet Simsek recently indicated that his country had dropped its long-held demand for Assad to step down.

"As far as our position on Assad is concerned, we think that the suffering of Syrian people and the tragedies, clearly the blame is squarely on Assad. But we have to be pragmatic, realistic," he said in January.

"The facts on the ground have changed dramatically, so Turkey can no longer insist on a settlement without Assad, it's not realistic," he said.

The last set of UN-led Syria talks in Geneva ended in April last year, with de Mistura setting out a summary of what had been agreed so far and what next steps were needed.

"No one is doubting any more that there is an urgent need for a true and credible political transition," the UN envoy said at the time. "You remember when the word transition, at least in certain area, was taboo? Not any more."