UN struggling to get boots on ground in Yemen's Hodeidah

UN is still working to secure visas and accommodation for dozens of monitors to be deployed in port city, documents show 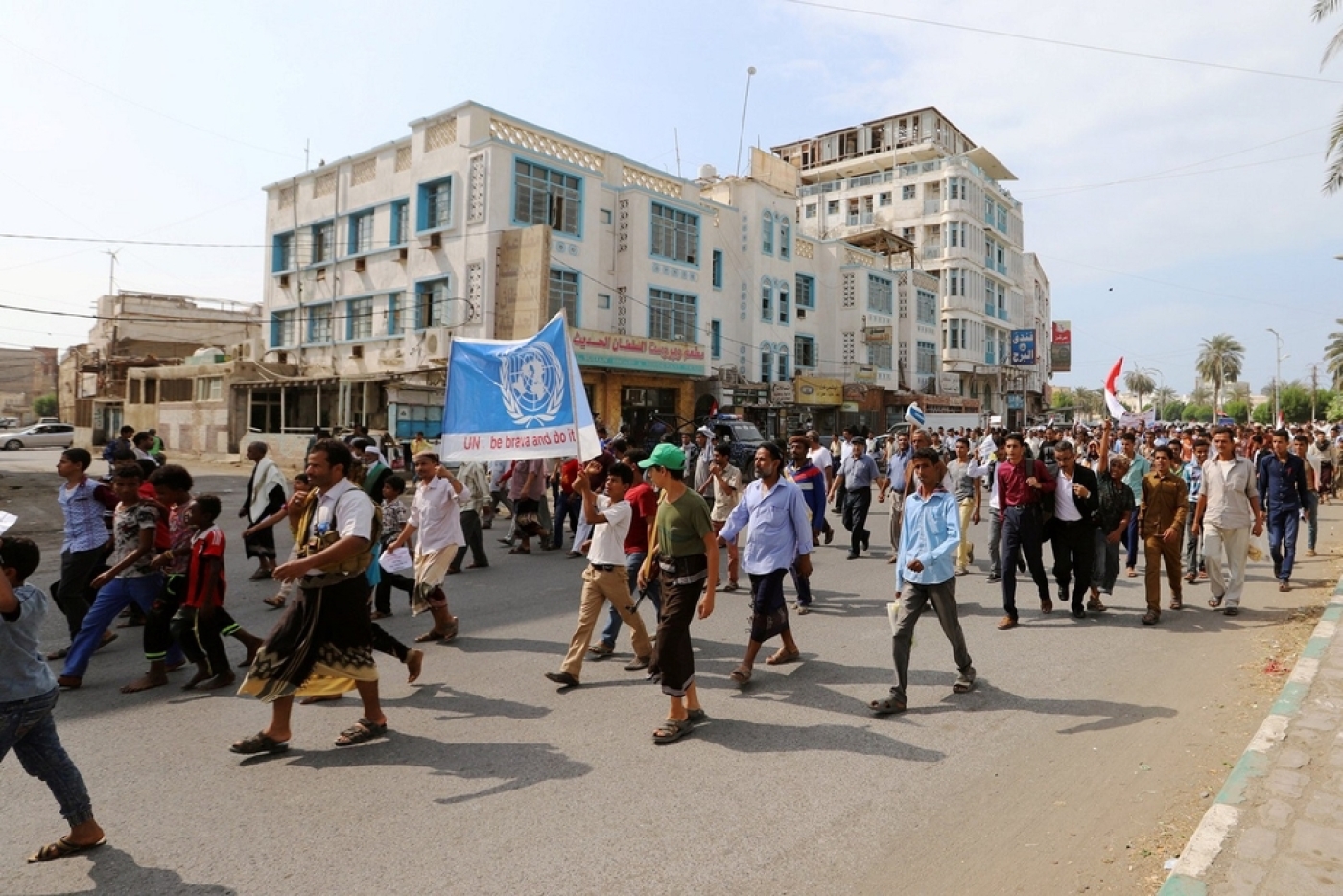 UNITED NATIONS – The United Nations is struggling to get personnel on the ground to monitor the shaky truce in Yemen’s strategic port city of Hodeidah, according to documents seen by Middle East Eye.

The latest report from UN Secretary-General Antonio Guterres, which was circulated on Wednesday, says only 39 UN personnel are "in-country" in Yemen, while 28 more are waiting to have their visas approved by officials in the rebel-held capital, Sanaa.

The document also describes delays in getting "armoured vehicles, communications equipment and personal protective equipment" into the Red Sea port city, which has seen outbursts of fighting despite a ceasefire deal inked between government and Houthi rebel representatives in Sweden last month.

Even if the monitors manage to reach Hodeidah, UN accommodations and office space are at “full capacity” and some sites are “off-limits owing to security concerns”, making it difficult to operate effectively, said the UN chief in the report.

On Wednesday, UN spokesman Stephane Dujarric told MEE that only about 20 monitors had made it to Hodeidah so far.

Yemeni rebel and government leaders are responsible for implementing the deal, he said.

"What is important is that all the parties involved do whatever they can to facilitate the arrival of the monitors, make sure that they have freedom of movement and of course, very importantly, the broader picture is to ensure that there is full access to all humanitarian workers so that humanitarian goods can get to where they need," Dujarric said.

From Yemen to Saudi Arabia and back: The odyssey of Buthaina al-Raimi
Read More »

After a week of UN-sponsored talks outside Stockholm last month, Houthi and government leaders reached a deal to halt fighting in Hodeidah, the entry point for most of Yemen’s commercial goods and aid, and a lifeline for millions of Yemenis on the verge of starvation.

The UN observer mission aims to secure the functioning of the port, supervise the withdrawal of fighters from the city and open the road from Hodeidah to Sanaa to aid trucks. The monitoring team is not uniformed or armed, the UN says.

Speaking to reporters on Wednesday, Belgium’s UN ambassador Marc Pecsteen called for the swift deployment of UN monitors and the reopening of routes in and around Hodeidah for food, aid and other supplies to reach beleaguered Yemenis.

“We support the UN monitoring and we call on the parties to facilitate the work of the UN, that also means giving visas to UN staff so they can go there and move freely and in security,” Pecsteen said in New York.

Guterres has asked the UN Security Council to approve the deployment of 75 observers to Hodeidah for six months to monitor the ceasefire and redeployment of forces by the Houthi rebels and the government.

The 15-nation council will need to take action on Guterres’ request for this expanded mission by 20 January, when a 30-day authorisation for the advance monitoring team led by retired Dutch Gen Patrick Cammaert expires.

On Wednesday, UN envoy to Yemen Martin Griffiths told council members that the Hodeidah ceasefire was holding despite clashes in the city and in the south of the governorate.

Still, he warned that any gains were “gradual” and “tentative”.

Griffiths called for a “rapid deployment” of UN personnel to Hodeidah under Cammaert, who chairs a Redeployment Coordination Committee that brings together rebel and government commanders.

"I urge both parties to continue to engage regularly and in good faith with Cammaert and his team so that the security arrangements and improvements in humanitarian access can be implemented swiftly," Griffiths said.

A military coalition led by neighbouring Saudi Arabia launched a military campaign in Yemen in 2015 to back government forces against the Houthis, who had captured Sanaa and forced President Abd Rabbuh Mansour Hadi into exile.

The UN and Western countries have criticised the coalition for killing a large number of civilians, including children.