As newspapers warn of a 'second Trump', people in Tehran speculate over whether the UK's prime minister will be as belligerent as his blond lookalike He’s come to office in the midst of a full-blown international crisis and, in Iran, many wonder just how Boris Johnson will approach his first diplomatic test as UK prime minister.

'Even his appearance and uncombed hair reminds us of Trump'

His last foray into sensitive negotiations with Iran saw him attacked in the UK for suggesting that Nazanin Zaghari-Ratcliffe, the British-Iranian aid worker jailed in Iran since 2016, was training journalists - a charge she vehemently denies.

Now, after the British seizure of an Iranian tanker off Gibraltar and Iran's capture of a British tanker in response, the big question in Iran is whether Johnson will behave like the other blond leader to whom he is so often compared.

“Reproduction of Trump”, “the favourite of hardliners”, “second Trump”, and “Europe’s Trump” were just some of the headlines in Iranian newspapers sold at Ramtin Ghomeishi’s stand in Tehran this week.

“Even his appearance and uncombed hair reminds us of Trump,” Ghomeishi told Middle East Eye.

“I’m concerned that the new prime minister of Britain turns out to be another Trump against Iran, and resorts to actions and measures which would ultimately lead to a war with my country."

'Johnson’s failure in releasing Zaghari-Ratcliffe, and being belittled for this issue may affect his position on Iran'

During the Conservative leadership campaign earlier this month, Johnson said he would not back US-led military strikes against Iran - which Trump authorised in June before calling them off 10 minutes before they hit.

"Were I to be prime minister now, would I be supporting military action against Iran? Then the answer is no," Johnson said in a debate.

That offered little assurance to the Reformist Etemad newspaper, which wrote: “This point shouldn’t be forgotten - that he must not be underestimated. Johnson is an unpredictable person, and we can’t even compare him to Trump.”

“If under the leadership of Johnson, Britain continues following the footsteps of US, it may be dragged into an unwanted war,” he said.

“I think Johnson will try to portray himself as a powerful leader, and therefore will not accept entering negotiations over the tanker crisis to reach a compromise.”

On the other side of Iran's political spectrum, Fereidoun Majlesi, a reform-minded former diplomat, said he too does not see Johnson’s ascendency as a promising event for Iran - but holds out hope.

“Johnson’s failure in releasing Zaghari-Ratcliffe and being belittled for this issue may affect his position on Iran,” said Majlesi. “However, the two countries have seized each other’s oil tankers, and it’s better for both of them to resolve their issue diplomatically. An agreement seems to be difficult, but it is possible.”

On Wednesday, as Johnson entered 10 Downing Street, Iranian President Hassan Rouhani signalled that a compromise with Britain over the captured tankers might be possible.

“We don’t want a continuation of tensions with some European countries, and if they stay committed to the international [regulations] and stop their wrongdoings such as what they did in Gibraltar, they will receive a proportioned response from Iran,” Rouhani said during a weekly cabinet meeting.

For now, Iranians say they are waiting to see if Johnson will accept Rouhani’s overtures or go down the road of intransigence well-worn by the "first" Trump. 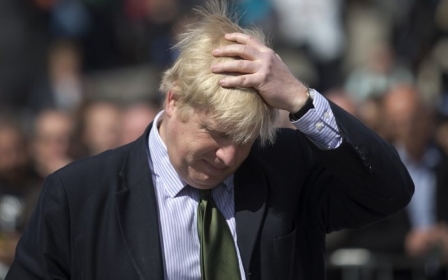