The US military conducted an air strike in Syria on Thursday targeting "Jihadi John", the Islamic State (IS) militant with a British accent seen in videos executing Western hostages, the Pentagon said.

Spokesman Peter Cook did not specify whether Mohammed Emwazi had been killed, saying in a statement that "we are assessing the results of tonight's operation and will provide additional information as and where appropriate".

On Friday morning, UK Prime Minister David Cameron said Britain coordinated with the US for the strike against Emwazi, but that he could not confirm whether the attack "was successful". "Emwazi, a British citizen, participated in the videos showing the murders of US journalists Steven Sotloff and James Foley, US aid worker Abdul-Rahman Kassig, British aid workers David Haines and Alan Henning, Japanese journalist Kenji Goto, and a number of other hostages," the Pentagon said.

CNN and the Washington Post, citing officials, reported that Emwazi was targeted by a drone.

Word of the US action comes as Iraqi Kurdish forces, backed by US-led air strikes, blocked a key IS supply line between Iraq and Syria in the battle to retake the town of Sinjar from the militants.

A permanent cut in the supply line would hamper IS's ability to move fighters and supplies between Mosul and Raqqa.

Emwazi, a London computer programmer, was born in Kuwait to a stateless family of Iraqi origin. His parents moved to Britain in 1993 after their hopes of obtaining Kuwaiti citizenship were quashed.

Dubbed "Jihadi John" by British and US media, he first appeared in a video in August of 2014 showing the beheading of Foley, a 40-year-old American freelance journalist who had been missing since he was seized in Syria in November 2012.

In the video, IS declares that Foley was killed because President Barack Obama ordered air strikes against the group in northern Iraq.

Foley is seen kneeling on the ground, dressed in an orange outfit that resembles those worn by prisoners held at the US naval base at Guantanamo Bay. Emwazi is dressed entirely in black and wears a mask.

Two weeks later, Foley's fellow US hostage Steven Sotloff was killed in the same manner, again on camera and by the same executioner with a British accent.

Sotloff's mother, Shirley Sotloff, told NBC News following word of Thursday's strike that she hadn't been informed about it and that, even if Emwazi had been killed, "it doesn't bring my son back."

"Who knows if he's gone," NBC News quoted her as saying. "I don't think there will ever be closure."

On 16 November 2014, IS said it had executed Peter Kassig, a 26-year-old US aid worker kidnapped in Syria in October 2013, again as a warning to Washington.

Emwazi was six years old when his family moved to London. He grew up in the leafy, middle-class North Kensington area.

As a child, he was a fan of Manchester United football club and the band S Club 7, according to a 1996 school year book published by The Sun tabloid. He later went on to study information technology at the University of Westminster.

The university confirmed that someone by that name left six years ago, and said it was "shocked and sickened" by the allegations.

Court papers published by British media connected Emwazi to a network of militants known as "The London Boys" that were originally trained by al-Shabab, Al-Qaeda's East Africa affiliate. 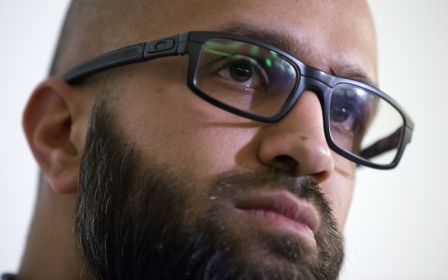