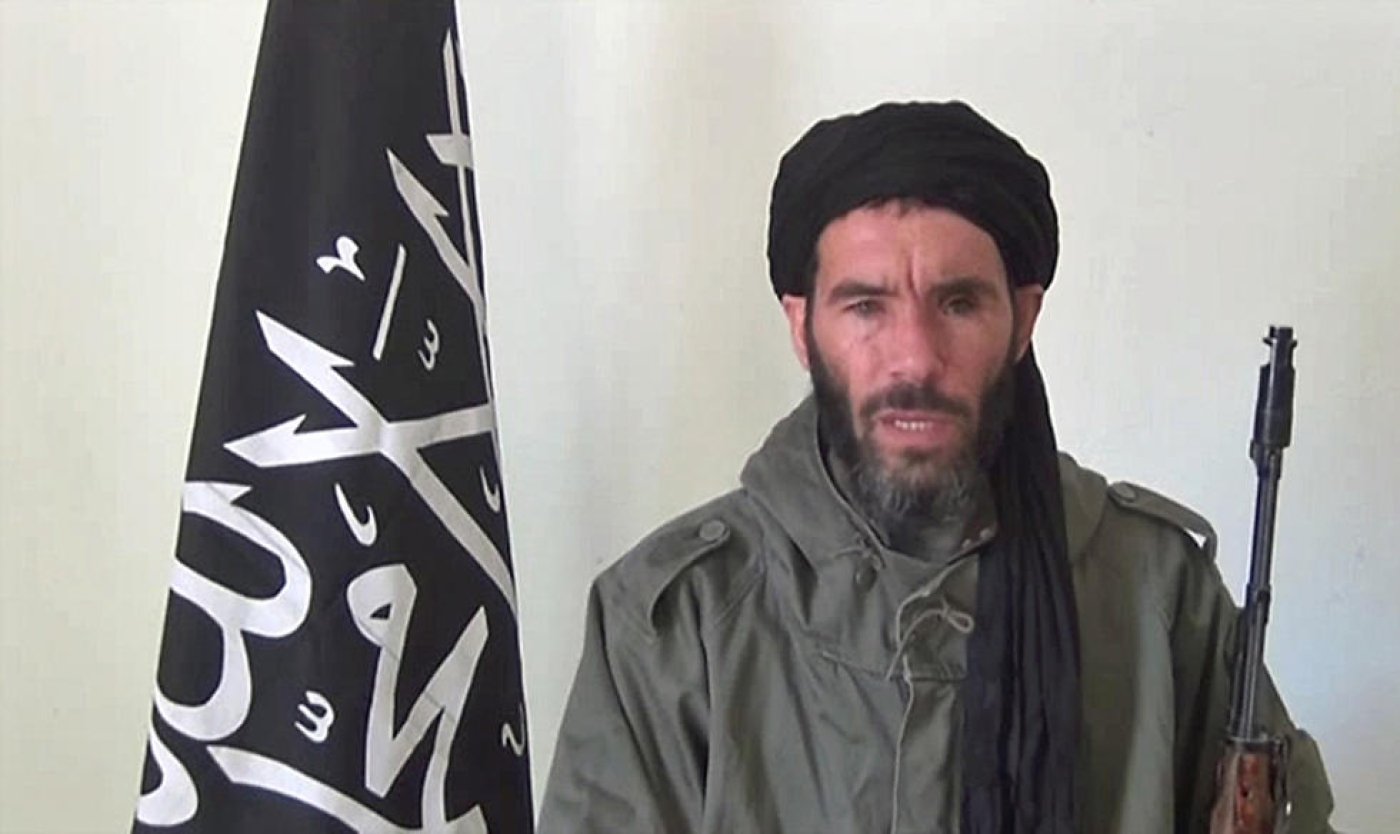 Algerian al-Qaeda militant Mokhtar Belmokhtar speaking at an undisclosed location, in a video obtained by ANI Mauritanian news agency, on 17 January, 2013 (AFP/HO/ANI)
By
MEE and agencies

Al-Qaeda militant Mokhtar Belmokhtar was the target of a US air strike, the Pentagon said Sunday, without immediately confirming claims in Libya that he was killed.

One-eyed commander Belmokhtar was the leader of the north African Al-Murabitoun militant group and a former chief of al-Qaeda in the Islamic Maghreb (AQIM).

Libya's Tobruk-based government said in a statement that the alleged mastermind behind a 2013 siege of an Algerian gas plant in which 38 mostly Western hostages died was killed by American jets "after consultation with the Libyan transitional government".

Pentagon spokesman Colonel Steve Warren said in a statement: "I can confirm that the target of last night’s counterterrorism strike in Libya was Mokhtar Belmokhtar.

"Belmokhtar has a long history of leading terrorist activities as a member of AQIM, is the operational leader of the al-Qaeda-associated Al Murabitoun organization in northwest Africa, and maintains his personal allegiance to al-Qaeda.

"Belmokhtar directed the 2013 attacks at In-Amenas in Algeria that resulted in the deaths of at least 38 individuals from 10 countries, including three Americans, and poses a continuing threat to US persons.

"The strike was carried out by US aircraft. We are continuing to assess the results of the operation and will provide more details as appropriate."

Branded variously as "the Uncatchable", "The One-Eyed" and "Mr Marlboro", he had been condemned to death by Algeria twice and was reported killed in Mali at least once before the US - which had placed a $5 million bounty on his head - targeted him in Monday's strike.

As well as the Algerian gas plant siege, he personally supervised the operational plans for twin car bombings in Niger that killed at least 20 people that same year, according to a spokesman for his group.

Belmokhtar was born in 1972 in the Algerian desert city of Ghardaia.

In a rare 2007 interview, he said he was drawn away from home by his fascination with the exploits of the mujahedeen fighting the Soviet invaders of Afghanistan, whom he joined in 1991 when he was barely 19.

It was in Afghanistan that he claims to have lost his eye when it was hit by shrapnel, and where he had his first contact with al-Qaeda.

Nicknamed Lawar (The One-Eyed), he returned to Algeria in 1993, a year after the government sparked civil war by cancelling an election the Islamic Salvation Front was poised to win.

He joined the Armed Islamic Group (GIA), which conducted a violent campaign of civilian massacres in its battle against the government, sometimes wiping out entire villages.

Belmokhtar thrived thanks to his intimate knowledge of the nearly lawless "Grey Zone" of southern Algeria, northern Mali and neighbouring Niger. That success was strengthened by a network of tribal alliances that he cemented through marriage.

In 1998, the Salafist Group for Preaching and Combat (GSPC) broke away from the GIA. Belmokhtar, now also nicknamed "The Uncatchable" by a former French intelligence chief, went with them. 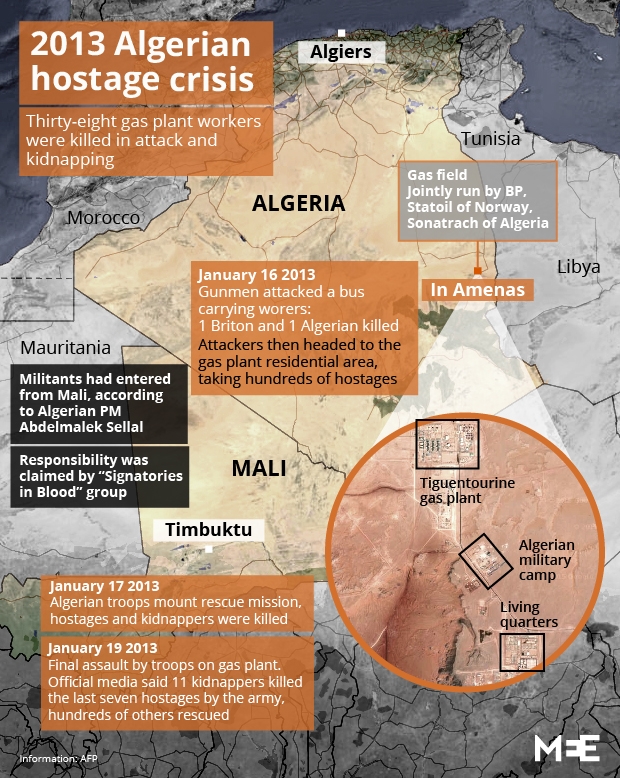 They spun a tight network across tribal and business lines that stretch across Africa's Sahel region, comfortable operating in harsh desert terrain and making millions of dollars from the ransoms of European hostages.

But Belmokhtar was pushed out as one of AQIM's top two leaders in northern Mali for what one regional security official said were his "continued divisive activities despite several warnings".

The precise details are not entirely clear, but his third nickname, "Mr Marlboro," could provide a hint.

With a reputation as a smuggling baron - dealing in contraband cigarettes, stolen cars and even drugs, as well as profiting from illegal immigration networks - Belmokhtar's commitment to AQIM's puritanical brand of Islam was questioned by some members of the group.

A Malian official said AQIM supremo Abdelmalek Droukdel claimed Belmokhtar had been "dismissed for straying from the right path".

The split made international headlines in 2013 after a scathing letter from al-Qaeda to Belmokhtar was found and published in the wake of the French armed intervention in Mali.

After his removal from AQIM, Belmokhtar founded Signatories in Blood in late 2012.

He later merged it with MUJAO, one of the militant groups that seized control of northern Mali in early 2012, to form the Al-Murabitoun group.

He launched the Algerian gas plant attack days after France led an armed intervention into Mali in January 2013, which his group termed a "Crusader campaign".

The four-day siege at the In Amenas plant left 38 hostages, all but one of whom were foreign, dead.

Chad had claimed that Belmokhtar was killed during fierce fighting in northern Mali in 2013. But France never confirmed his death and three months later the US placed a $5 million bounty on his head.

Al-Murabitoun last month said it had pledged allegiance to the Islamic State (IS) group - but Belmokhtar immediately distanced himself from the declaration and vowed continued backing for al-Qaeda in what was interpreted as evidence of a serious power struggle within the organisation.