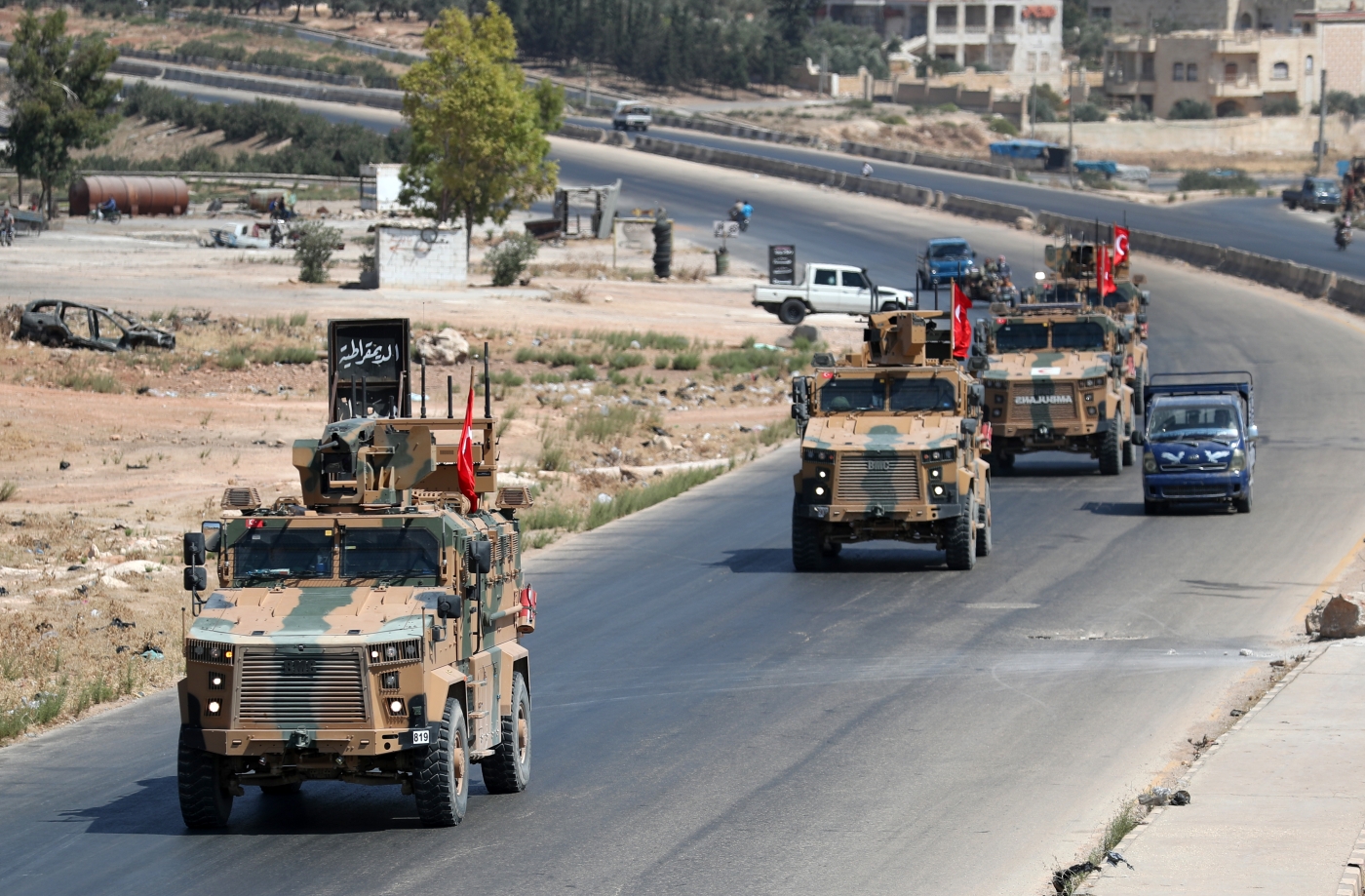 Turkey's President Recep Tayyip Erdogan criticised the US for protecting a "terrorist group" as the two countries began joint patrols in northern Syria.

The patrols, which began on Sunday in northern Syria, are aimed at easing tensions between Ankara and US-backed Kurdish forces.

Six Turkish armoured vehicles crossed the border to join US troops in Syria for their first joint patrol under a deal reached between Washington and Ankara, an AFP journalist reported.

A Reuters witness said vehicles with Turkish flags joined those in Syria with US flags some 15km east of the Turkish border town of Akcakale, near Syria's Tel Abyad.

The first joint patrols are going #Turkey - #America east of the Euphrates pic.twitter.com/mjIb3usbcu

Two helicopters overflew the area as the Turkish vehicles drove through an opening in the concrete wall erected between the two countries.

The agreement reached on 7 August aims to establish a "safe zone" between the Turkish border and the Syrian areas east of the Euphrates river controlled by the Kurdish People's Protection Units militia (YPG).

The YPG is an ally of the US but seen as a terrorist organisation by Turkey.

Speaking on Sunday, Erdogan accused the US of trying to protect the YPG.

"While Turkey is determined to remove the terrorist group, the US wants to straddle both us and them," he said.

"It seems that the US is willing to establish a safe zone for the terrorist group."

Erdogan has threatened to launch an operation against the YPG in Syria unless progress is made on setting up the safe zone.

Erdogan said his US counterpart Donald Trump had promised it would be 32km wide.

A joint centre of operations was recently established as part of the agreement.

The Syrian government in a statement condemned the patrols as a "flagrant violation" of its sovereignty.

The move was also a violation of the "territorial integrity" of Syria, said the Syrian foreign ministry statement, referring to what the government considers attempts to divide the country.

Turkey previously conducted cross-border operations in northern Syria supporting Syrian rebels in 2016 against IS and in early 2018 against the YPG.

Ankara says the YPG militia is a "terrorist" offshoot of the outlawed Kurdistan Workers' Party (PKK).

The PKK, which has waged an insurgency against the Turkish state since 1984, is blacklisted as a terrorist group by Ankara, the US and the European Union.