US envoy slammed for accusing Jewish-American group of antisemitism 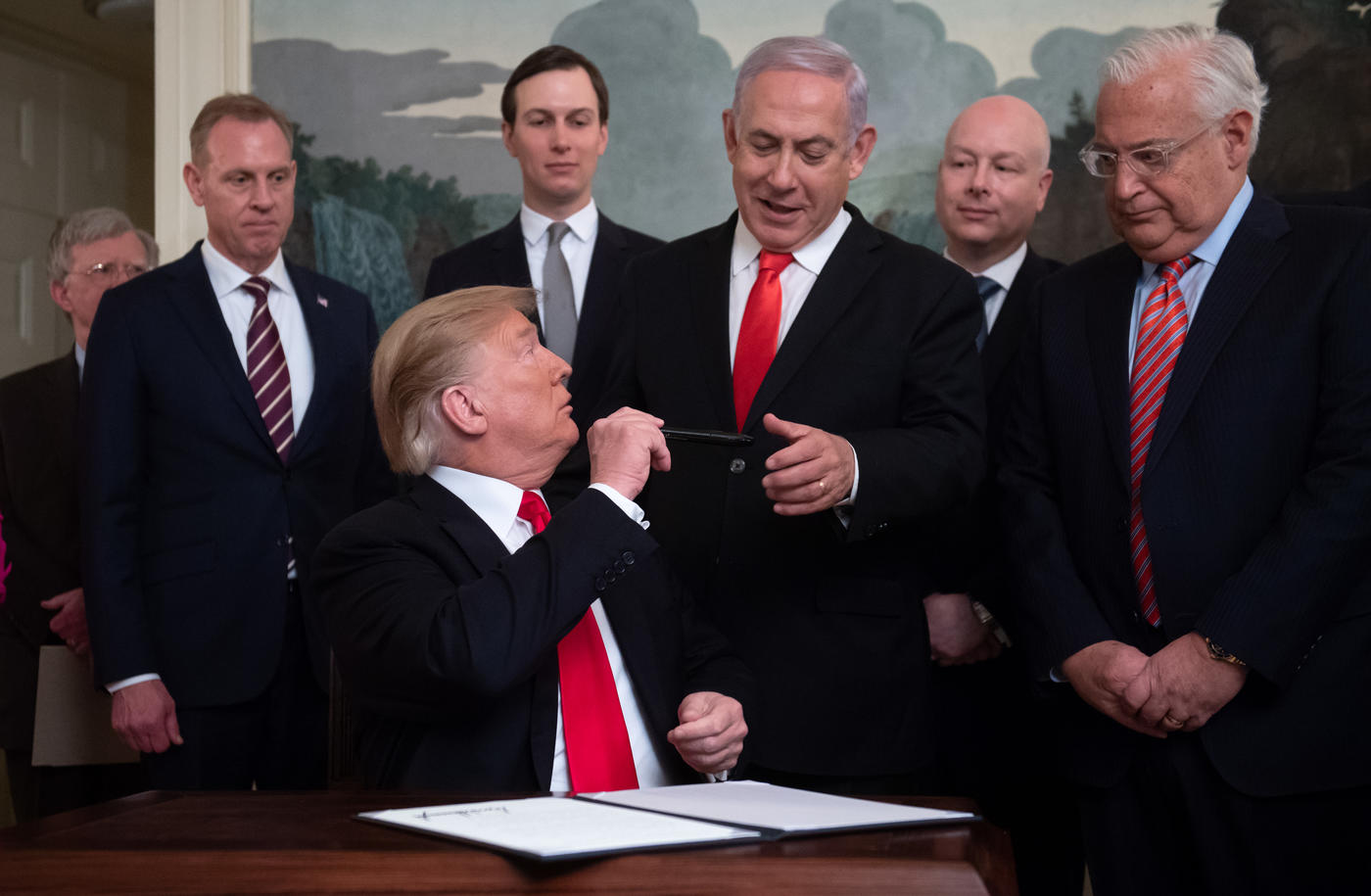 The United States envoy to combat antisemitism has sparked outrage after accusing a liberal Jewish-American group of using an image that he said promoted "crude antisemitic conspiracy theories".

Elan Carr on Wednesday tweeted a screenshot of a J Street post, featuring a picture from March 2019 in which US President Donald Trump is looking up at Israeli Prime Minister Benjamin Netanyahu surrounded by White House advisers who happen to be Jewish Americans.

"How dare @jstreetdotorg use this picture in this context. Their imagery uses #Antisemitism and crude anti-Semitic conspiracy theories to advance their agenda. They should withdraw this and apologize to @POTUS @realDonaldTrump and to #Jewish Americans who serve our great country," Carr wrote.

The photo was used as a promotional image for an anti-annexation campaign launched by J Street, which describes itself as pro-Israel and pro-peace. The Jewish-American group has been calling on US senators to oppose Israel’s plans to claim large swaths of the occupied West Bank.

How dare @jstreetdotorg use this picture in this context. Their imagery uses #Antisemitism and crude anti-Semitic conspiracy theories to advance their agenda. They should withdraw this and apologize to @POTUS @realDonaldTrump and to #Jewish Americans who serve our great country. pic.twitter.com/g4nz13g8K3

"This is a photo of some of the primary contributors to Trump's disastrous annexation plan. Please do your job & combat actual antisemitic bigotry instead of launching transparently partisan attacks against critics of your boss' Mideast policies," the group continued.

J Street's president, Jeremy Ben-Ami, tweeted that Carr was using a "charge of Anti-Semitism for political purposes" and should be disqualified from his postion for doing so.

Just making sure I understand, @simonwiesenthal, you're asking us to remove an actual photo of Donald Trump, Bibi Netanyahu and their advisers at the White House because the picture - which ran in many news outlets - is anti-Semitic? This so demeans your name and mission. https://t.co/rrov61BOaq

Harry Reis, director of policy and strategy at the New Israel Fund, an Israeli lobby group, called the accusation of antisemitism "a grotesque distortion".

"These are literally the plan's authors," Reis said, referring to the most recent US plan for the Middle East. "That [Trump] appointed three Orthodox Jews with deep ties to the settlement enterprise to draft a US 'peace' plan does not make a photo op of these senior policy makers anti-Semitic. What a shande."

Others also expressed outrage and confusion at Carr's accusation.

"This is a real photo, though. What is antisemitic about it? What are the conspiracy theories?" Arieh Kovler, a communications consultant based in Israel, tweeted.

The photo, which was tinted red, is a real image taken during a meeting last year, during which Trump signed a declaration recognising Israel’s claimed sovereignty over Syria's Golan Heights.

Also sharing Carr's post, Ben Friedman, an adjunct professor at George Washington University's Elliott School of International Affairs, accused the US envoy of making "a mockery out of anti-semitism by applying the term to speech he dislikes".

Friedman called Carr's comments a "timely reminder of how people have used the specter of anti-semitism to block debate".

Here the "U.S. Envoy to Monitor and Combat Anti-Semitism," @USEAntiSemitism, makes a mockery out of anti-semitism by applying the term to speech he dislikes. https://t.co/rnIlrLjQTF

Middle East Eye reached out to the US State Department, which oversees the envoy's office, but did not receive a response by the time of this article's publication.

Replying to a request for comment from the Jewish News Syndicate, J Street pointed out that all the men in the photo, with the exception of Jason Greenblatt, who no longer has a White House position, "are now publicly, openly coordinating together on the potential illegal annexation of the West Bank".

"If the Trump administration wants to provide us with photos from their closed-door meetings with the Netanyahu government to discuss illegal annexation and unilaterally redraw the map of the West Bank, we’d gladly use those pictures as well," the group said. 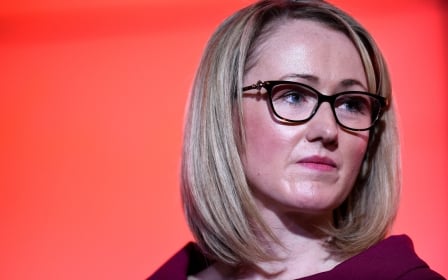