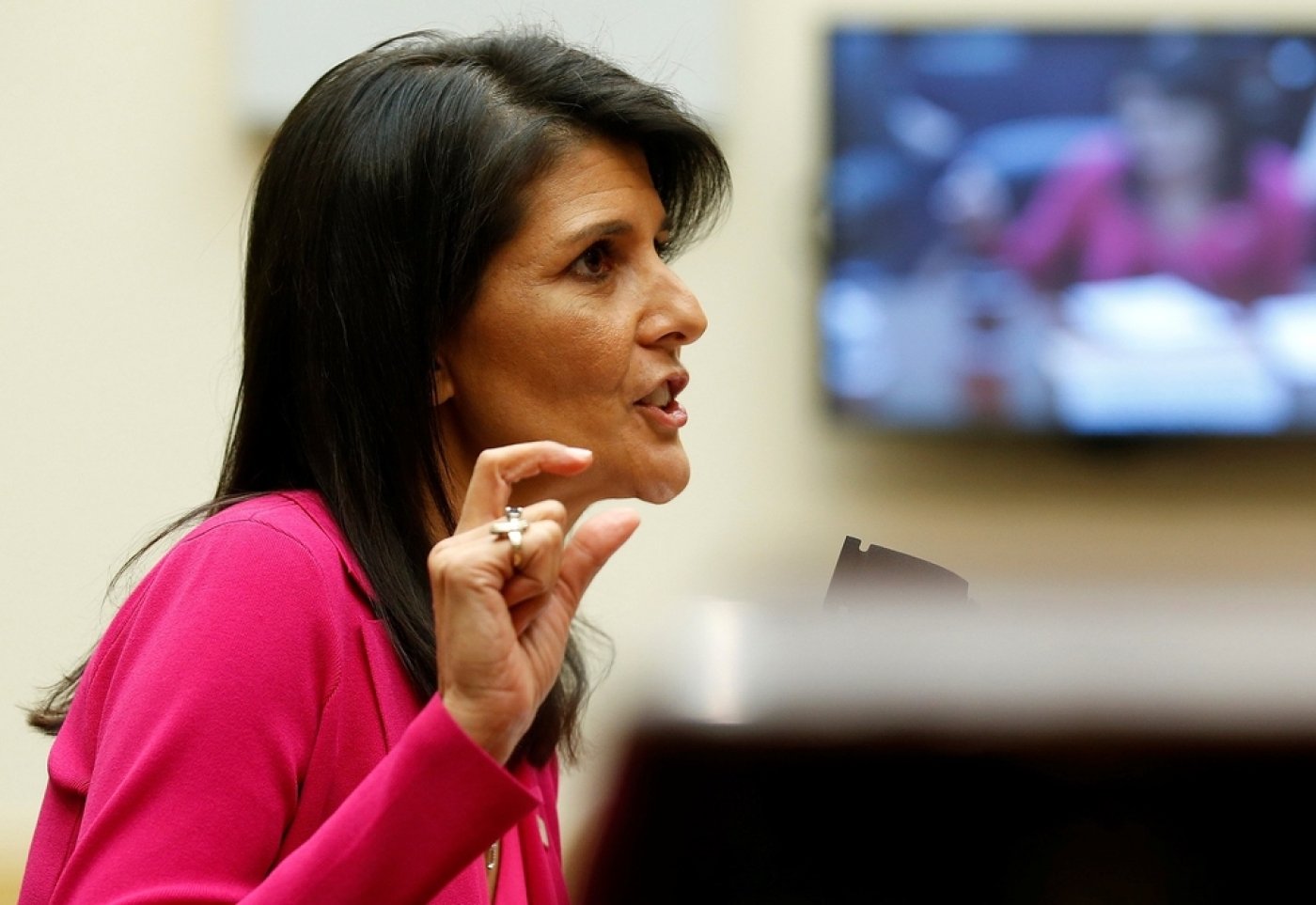 The United States wants to know if the United Nations atomic watchdog plans to inspect Iranian military sites to verify Tehran's compliance with a 2015 nuclear deal, the US ambassador to the United Nations, Nikki Haley, said on Tuesday.

Haley will meet with International Atomic Energy Agency (IAEA) officials in Vienna on Wednesday for what she described as a fact-finding mission, which is part of President Donald Trump's review of the deal Iran made with world powers to curb its nuclear programme in return for the lifting of most sanctions.

"If you look ... at past Iranian behaviour, what you've seen is there have been covert actions at military sites, at universities, things like that," Haley told Reuters in an interview.

She said she is travelling to Vienna to ask questions, not to push the IAEA to do anything.

Iran's top authorities have flatly rejected giving international inspectors access to their military sites, and Iranian officials have told Reuters that any such move would trigger harsh consequences.

"Why would they say that if they had nothing to hide? Why wouldn't they let the IAEA go there?" Haley said.

Iran's atomic chief was quoted by state media as saying on Tuesday that Iran could resume production of highly enriched uranium within five days if the nuclear deal was revoked.

In April, Trump ordered a review of whether a suspension of sanctions on Iran related to the nuclear deal - negotiated under President Barack Obama - was in the US national security interest. He has called it "the worst deal ever negotiated".

Most UN and Western sanctions were lifted 18 months ago under the nuclear deal. Iran is still subject to a UN arms embargo and other restrictions, which are not technically part of the deal.

Under US law, the State Department must notify Congress every 90 days of Iran's compliance with the nuclear deal. The next deadline is October, and Trump has said he thinks by then the United States will declare Iran to be non-compliant.

"We don't know if he's going to certify or decertify the deal," said Haley, adding that she would report back to Trump and the national security team.

The US review of its policy toward Iran is also looking at Tehran's behaviour in the Middle East, which Washington has said undermines US interests in Syria, Iraq, Yemen and Lebanon.

UN Secretary-General Antonio Guterres believes the Iran nuclear deal is "one of the most important diplomatic achievements in our search for peace and stability," UN spokesman Stephane Dujarric said on Tuesday.

"Everyone involved needs to do its utmost to protect and support that agreement," Dujarric told reporters.