US calls on Israel to 'apologise' for Polish anti-semitism remarks 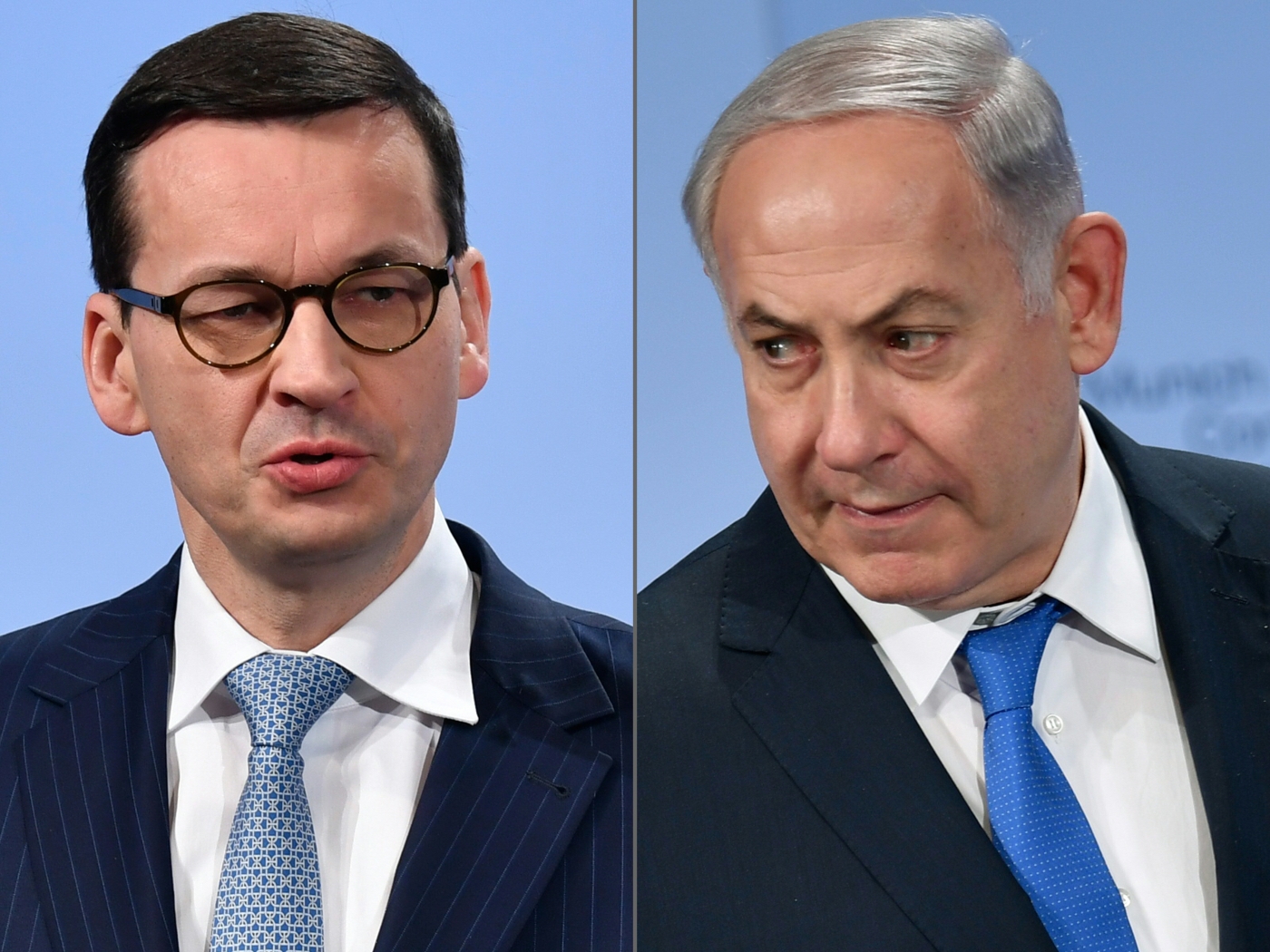 The US ambassador to Poland has said Israel should apologise to the country for remarks suggesting anti-semitism was ingrained in Polish society.

Georgette Mosbacher said that Israeli Acting Foreign Minister Israel Katz's comments on Monday had hurt diplomacy between the two countries, leading as they did to the cancellation of a planned summit in Israel.

"I just felt that two strong allies like Israel and Poland, of course they are strong allies of the United States, shouldn't be using that kind of rhetoric," Mosbacher told reporters.

"We are too important to each other not to work these things out."

On Sunday, Katz, who had been appointed by Netanyahu on the same day, said in an interview with Israel's i24 News: "I am the son of Holocaust survivors, we will never forgive and never forget, and there were many Poles who collaborated with the Nazis."

He went on to quote late prime minister Yitzhak Shamir, saying: "Shamir said that every Pole suckled anti-semitism with his mother's milk.

"Nobody will tell us how to express our stance and how to honour the dead."

Katz, whose remarks led to Poland summoning Israel's ambassador Anna Azari, then told Israel's Army Radio on Monday that he was in favour of maintaining relations with Poland, but repeated his earlier opinions.

"Historical truth cannot be changed. Many Poles collaborated with the Nazis and took part in the destruction of the Jews during the Holocaust... Anti-semitism was innate among the Poles before the Holocaust, during it and after it, too," he said.

Following the remarks, Poland announced its withdrawal from the Visegrad summit between the leaders of Poland, Hungary, the Czech Republic and Slovakia.

Shortly after, the summit was cancelled altogether.

Israel and the Czech Republic said on Monday that though the summit was cancelled, they will hold bilateral meetings this week alongside Hungary and Slovakia.

The dispute dented Israeli Prime Minister Benjamin Netanyahu's attempts to forge deeper links with all four countries as part of his strategy to build alliances with governments that strongly back Israel within the European Union.

Netanyahu frequently lashes out at what he calls the EU's "hypocritical and hostile attitude", referring to the bloc's criticism of Israel's treatment of the Palestinians.

The fresh controversy in Polish-Israeli ties follows a row last year over a Polish law that made it illegal to accuse the Polish nation or state of complicity in Nazi German crimes.

After protests from Israel and the US, Poland amended the law to remove the possibility of fines or a prison sentence.

Netanyahu then agreed to drop the issue, sparking criticism at home - including from Israel's Yad Vashem Holocaust memorial and research centre. 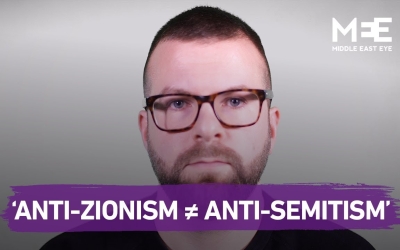 Netanyahu's relations with leaders such as Hungary's Viktor Orban has also drawn criticism.

Orban's visit to Israel in July provoked concern because of allegations he has stoked anti-semitism in Hungary with nationalist rhetoric and a campaign against US Jewish billionaire philanthropist George Soros.

But Netanyahu has highlighted Hungary's pledged support for Israel, and both men have been at odds with the EU establishment.

When attending a Visegrad group summit in Hungary in 2017, Netanyahu was overheard, in closed-door remarks picked up by a microphone, denouncing EU demands of Israel as "absolutely crazy". 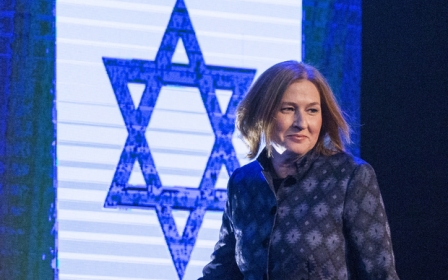 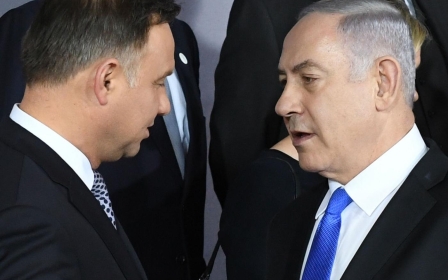 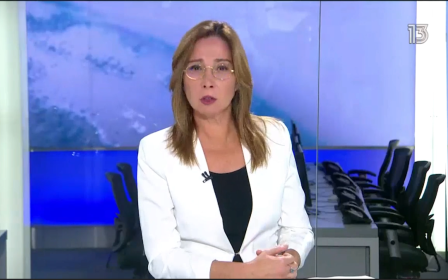