This picture shows the aftermath of a car bomb explosion at the industrial zone in the northern Syrian town of Tal Abyad, on the border with Turkey, on 23 November 2019 (AFP)
By
MEE and agencies

Around 500 US personnel in eastern Syria are expected to resume operations against the Islamic State (IS) in coming days and weeks, US Central Command chief General Kenneth McKenzie said on Saturday.

President Donald Trump announced in October that the United States was pulling out its troops from Syria, angering allies for what they called a betrayal to US-backed Kurdish-led Syrian Democratic Forces (SDF), which has played a major role in defeating IS in the country.

Trump's administration later said it would keep a residual force in northeastern Syria to protect oilfields in the area and prevent IS from regaining its strength and staging a comeback.

"Now I've got about 500 US personnel generally east of the Euphrates river east of Deir Ezzor up to Hasakah, northeast all the way up into extreme northeast Syria," McKenzie told reporters on the sidelines of the Manama Dialogue security summit in Bahrain.

"It is our intention to remain in that position working with our SDF partners to continue operations against ISIS down the Euphrates river valley where those targets present themselves," he added.

Last month, US forces killed IS leader Abu Bakr al-Baghdadi during a raid in Syria's northwestern Idlib province. The militant group has lost almost all its territory in Syria and Iraq but is still seen as a threat. Trump's decision to withdraw American troops from northern Syria effectively allowed Turkey to start a military operation against the SDF, which it views as a terrorist group with links to Kurdish militants on Turkish soil, the Kurdistan Workers' Party (PKK).

While announcing Baghdadi's death, Trump said that the US was not interested in keeping its forces as a buffer between Syria and Turkey but suggested that it may keep the oil in eastern Syria for itself.

"But we are leaving soldiers to secure the oil. Now, we may have to fight for the oil. That's okay. Maybe somebody else wants the oil, in which case they have a hell of a fight."

Meanwhile, Moscow said earlier this week that it was also in the process of deploying more Russian military police to northeast Syria, setting up field hospitals for civilians, distributing humanitarian aid and rebuilding infrastructure.

In other developments, a car bomb on Saturday killed at least 10 people, including two children, and wounded 25 others in Tal Abyad, a strategic northern border town that was captured by Turkish-backed forced in October.

Tal Abyad lies in a region that has seen some of the heaviest fighting since Turkey launched a military incursion against the YPG forces, the SDF main component.

Saturday's blast caused extensive damage to a main street in Tel Abyad, according to videos posted on social media. An AFP photographer saw the burnt remains of a pick-up truck and a bright red blood stain on the road nearby.

Four civilians from the same family were among those killed, the Syrian Observatory for Human Rights said.

Local council said that residents blamed the YPG and PKK for the explosion, Reuters reported.

Turkey's defence ministry also accused the YPG of carrying out the attack, while senior spokesman for the SDF accused "Turkish-backed mercenaries" of being responsible.

"After expelling the majority of Kurds, looting almost all the shops and houses in this Kurdish district of Tel Abyad, Turkish-backed mercenaries are now attempting to displace the remaining Kurdish population from their homes by random explosions in civilian areas," Mustafa Bali said on Twitter.

A car bomb killed 19 people, including 13 civilians, and wounded more than 27 in the Turkish-controlled town of al-Bab on 16 Novermber.

On November 10, Turkey blamed Kurdish fighters for a bombing that killed eight people in the village of Suluk, southeast of Tal Abyad.

A week earlier, a car bomb killed 13 people in Tal Abyad, according to the Observatory. 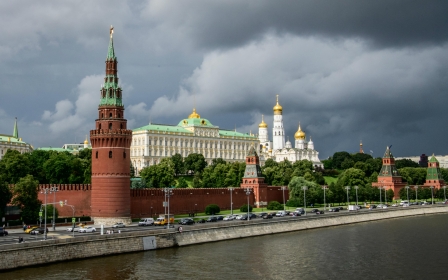