US denies hitting Syrian mosque in attack that killed dozens

US says it hit al-Qaeda meeting place in al-Jina, Aleppo, killed dozens of al-Qaeda militants but had no reports of civilian deaths 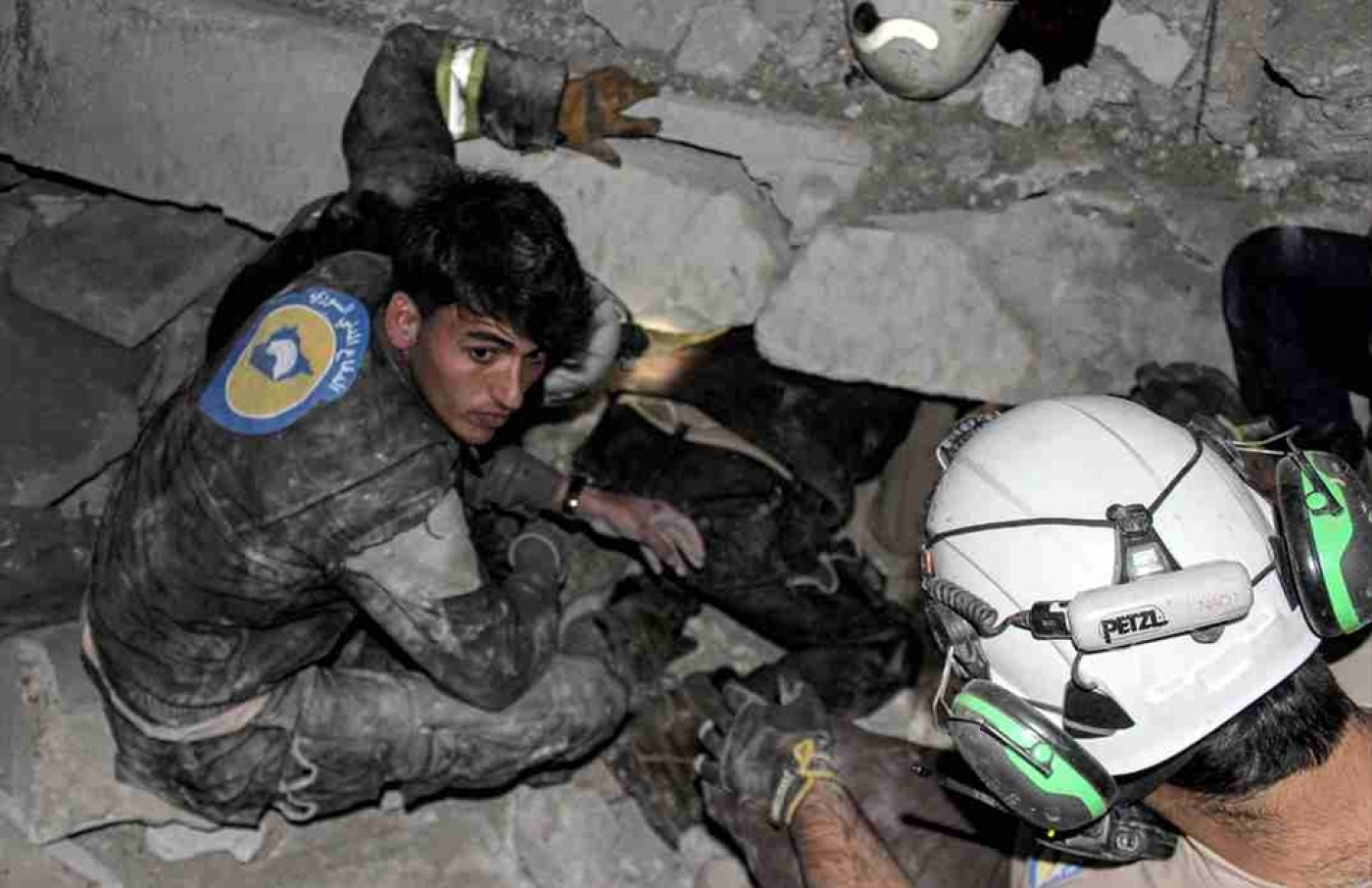 The US on Friday denied hitting a Syrian mosque and killing at least 49 civilians in an air strike targeting al-Qaeda, saying it had killed dozens of militants and had no reports of civilian casualties.

Captain Jeff Davis, a US defence department spokesman, said US aircraft hit an al-Qaeda meeting place on Thursday in the village of al-Jina, Aleppo province, but denied that any bombs had hit a nearby mosque.

Davis said the US military currently does not assess any civilian casualties - despite multiple reports from locals and activist groups that at least 49 people were killed and up to a hundred others were injured while attending evening prayer.

Northern side of mosque has collapsed due to American airstrike, but largest part still standing. https://t.co/ak75roognl h/t @CT_operative pic.twitter.com/jM1CG2y8Ci

Davis' comments come after a day of corrections by US spokesmen, who initially said the attack had targeted a village in Idlib province.

However, following inquiries by Airwars and media groups, a spokesman for the US military said its attack had hit al-Jina in Aleppo.

Major Josh Jacques told Airwars that its target in al-Jina was "assessed to be a meeting place for al-Qaeda, and we took the strike - it happened to be across the street from where there is a mosque".

He said the mosque was not the target, and that it was not hit directly.

John Thomas, a colonel at Centcom, the US command in the Middle East, told the AFP news agency: "We did not target a mosque, but the building that we did target - which was where the meeting took place - is about 50 feet from a mosque."

He said the mosque was "still standing".

"We are going to look into any allegations of civilian casualties in relation to this strike," Thomas added, when asked about the reports. "We take that very seriously."

His comments were repeated in a statement from Centcom to Middle East Eye.

However, an AFP correspondent who visited the area on Friday said there are two Omar bin al-Khattab mosques in Al-Jina, adjacent to each other. The journalist claimed that the old one was damaged by the strike and the new one was totally destroyed.

The Turkish deputy prime minister, Numan Kurtulmus, on Friday condemned the attack as a "war crime" and a "crime against humanity".

"Bombing civilians, people in the mosque and a house of worship is unacceptable," he told reporters in the northwestern province of Canakkale.

Fragments of weapons were found around the attack area, showing English lettering which the investigative group Bellingcat identified as corresponding with script found on missiles used by US forces.

The above left photograph was given to Dutch journalist Sakir Khader by activists in Syria. The location and authenticity of the photo could not be independently verified.

Bellingcat used video footage and satellite imagery to confirm the location of the mosque.

Perhaps the small building north [green] of the partly collapsed mosque is also a mosque? The one CENTCOM is referring to? pic.twitter.com/ouzshzLutW

The US has been at the centre of several recent reports of the use of overwhelming force against militants in Syria and Iraq.

Earlier this month, Airwars estimated that hundreds of civilians had been killed in western Mosul during the campaign against IS in Iraq.

In December, the US coalition admitted it had killed dozens of civilians in July air attacks in Syria's Manbij, where its local allies were fighting the Islamic State.

The deadliest strike occurred on 18 July, when an aircraft attacked a group of IS fighters, killing about 100 of them.

But "up to 24 civilians who had been interspersed with combatants were inadvertently killed in a known IS staging area where no civilians had been seen in the 24 hours prior to the attack," the coalition said.