US 'failed to protect civilians' in Syria mosque attack The US military failed to take "necessary precautions" to prevent civilians deaths in a strike on a Syrian mosque last month that killed dozens of people, Human Rights Watch said on Tuesday.

The 16 March strike in the village of opposition-held al-Jina in northern Aleppo province killed 49 people, mostly civilians, according to the Britain-based Syrian Observatory for Human Rights.

"United States forces appear to have failed to take necessary precautions to avoid civilian casualties," in the strike, Human Rights Watch (HRW) said in a report.

The Pentagon said the strike targeted a meeting of senior al-Qaeda leaders and denied a mosque had been hit in the attack.

But it launched a casualty "credibility assessment" after reviewing public and classified information.

HRW said it had interviewed 14 people with first-hand knowledge of the strike, and worked with organisations to analyse imagery of the attack and reconstruct the assault.

"The US seems to have gotten several things fundamentally wrong in this attack, and dozens of civilians paid the price," said Ole Solvang, HRW's deputy emergencies director.

"The US authorities need to figure out what went wrong, start doing their homework before they launch attacks, and make sure it doesn't happen again."

Part of the dispute over the attack centred on whether the building hit was a mosque.

HRW said the building did not have some traditional features of a mosque, including a domed roof and a minaret.

But it said aerial surveillance would have shown people regularly gathering for daily prayers, including in the moments before the attack.

"Any attempt to verify through people with local knowledge what kind of building this was would likely have established that the building was a mosque," the group said.

HRW said it had found no evidence that militants were inside the mosque, but that even if they had been "striking a mosque just before prayer and then attack people attempting to flee, without knowing whether they were civilians or combatants, may well have been disproportionate or indiscriminate".

"Indiscriminate or disproportionate attacks violate the laws of war, as does failing to take all feasible precautions to minimise civilian deaths," it added.

HRW said it had submitted its findings to US Central Command and been told a "comprehensive investigation reached the preliminary conclusion that the strike was lawful".

Washington leads a coalition that has been carrying out air strikes against the Islamic State group in Syria since 2014, as well as occasionally targeting other jihadists.

Last month, the coalition said its campaign against IS in Syria and Iraq had unintentionally killed at least 220 civilians, but monitors say the real number is far higher. 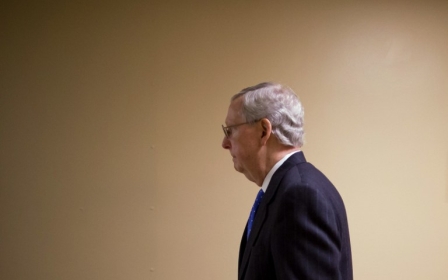