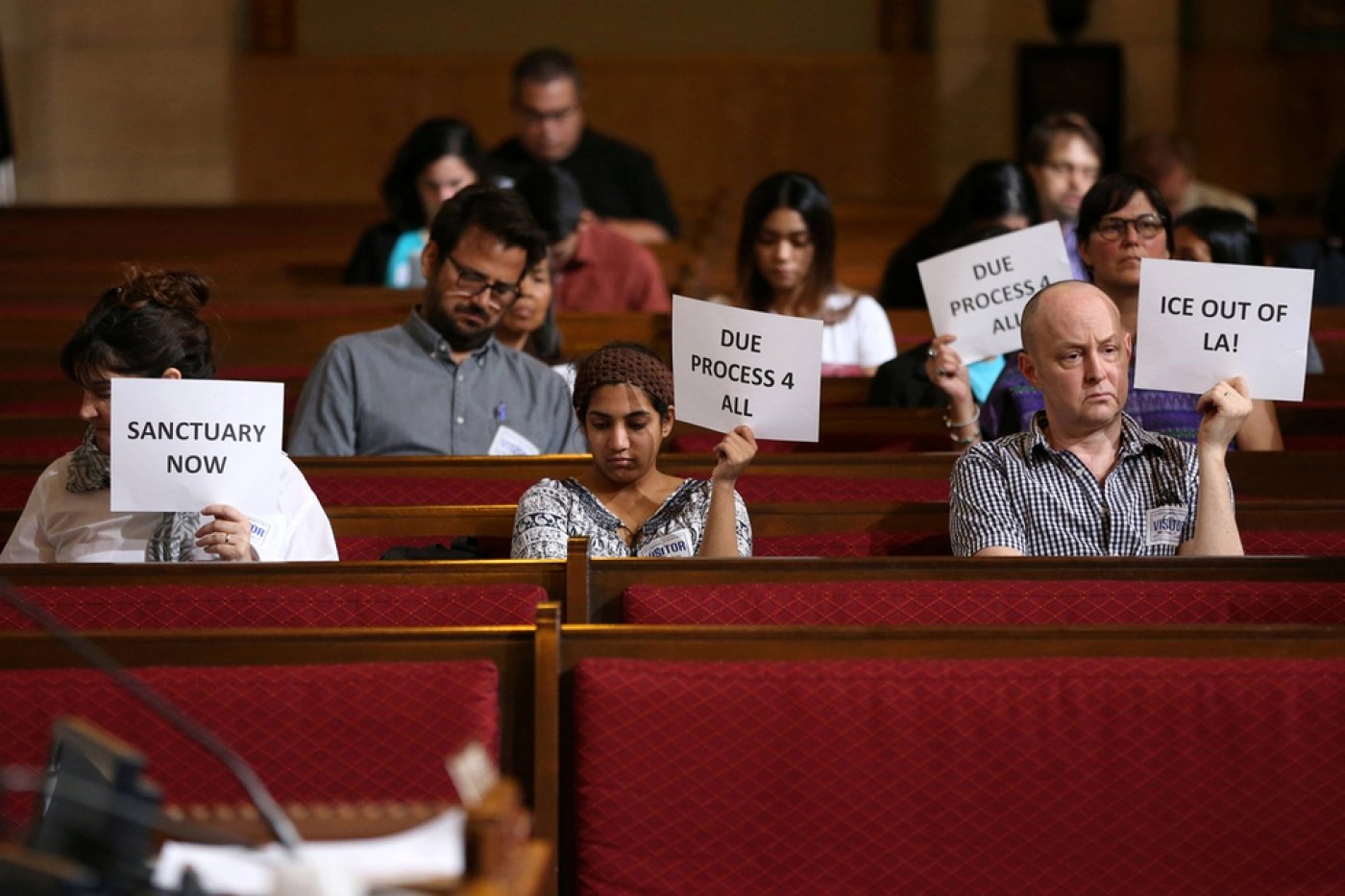 The ruling from US District Judge William Orrick III in San Francisco said Trump's order targeted broad categories of federal funding for sanctuary governments, and that plaintiffs challenging the order were likely to succeed in proving it unconstitutional.

Orrick said the order, one of the first Trump issued after becoming president, was against the public interest and did not stand up under the constitution.

But Orrick's ruling allowed the Department of Justice to follow through with threats made to nine cities last week to cut specific programme grants if the cities did not adequately cooperate with federal immigration officers.

That ensured that tensions between the federal government and hundreds of cities and counties around the country over the Trump crackdown will continue.

More than 400 places throughout the US have some sort of sanctuary policy, although there is no consensus about either the definition or the guidelines. While some locations have not formally declared themselves sanctuaries, many have publicly stated they won't comply with the executive order. In the Bay Area alone, that includes San Francisco, Santa Cruz, Alameda, Oakland and San Jose.

"The idea that an agency can't put in some reasonable restrictions on how some of these monies are spent is something that will be overturned eventually," he said.

"It's the 9th Circuit going bananas," Priebus added, referring to the West Coast judicial district where the judge ruled. "We'll win at the Supreme Court level at some point."

SF Attorney on sanctuary cities order: “As Americans, we all have a duty to confront injustice, even when it emanates from the White House.” pic.twitter.com/TN4UaOxK0r

Sanctuary cities generally offer safe harbour to illegal immigrants and often do not use municipal funds or resources to advance the enforcement of federal immigration laws.

Santa Clara County receives about $1.7 billion in federal and federally dependent funds annually, about 35 percent of its total revenues. The county argued it was owed millions of dollars of federal funding every day and that its budgetary planning process had been thrown into disarray by the order.

In his ruling, Orrick said the language of the order made it clear it sought to withhold funds beyond law enforcement.

"And if there was doubt about the scope of the Order, the President and Attorney General have erased it with their public comments," Orrick wrote.

The judge cited comments from Trump calling the order "a weapon" to use against jurisdictions that disagree with his immigration policies.