ICE guards call Iraqi immigrants 'rag heads' and 'terrorists,' deny them food and water, and coerce them to give up their legal rights, ACLU says 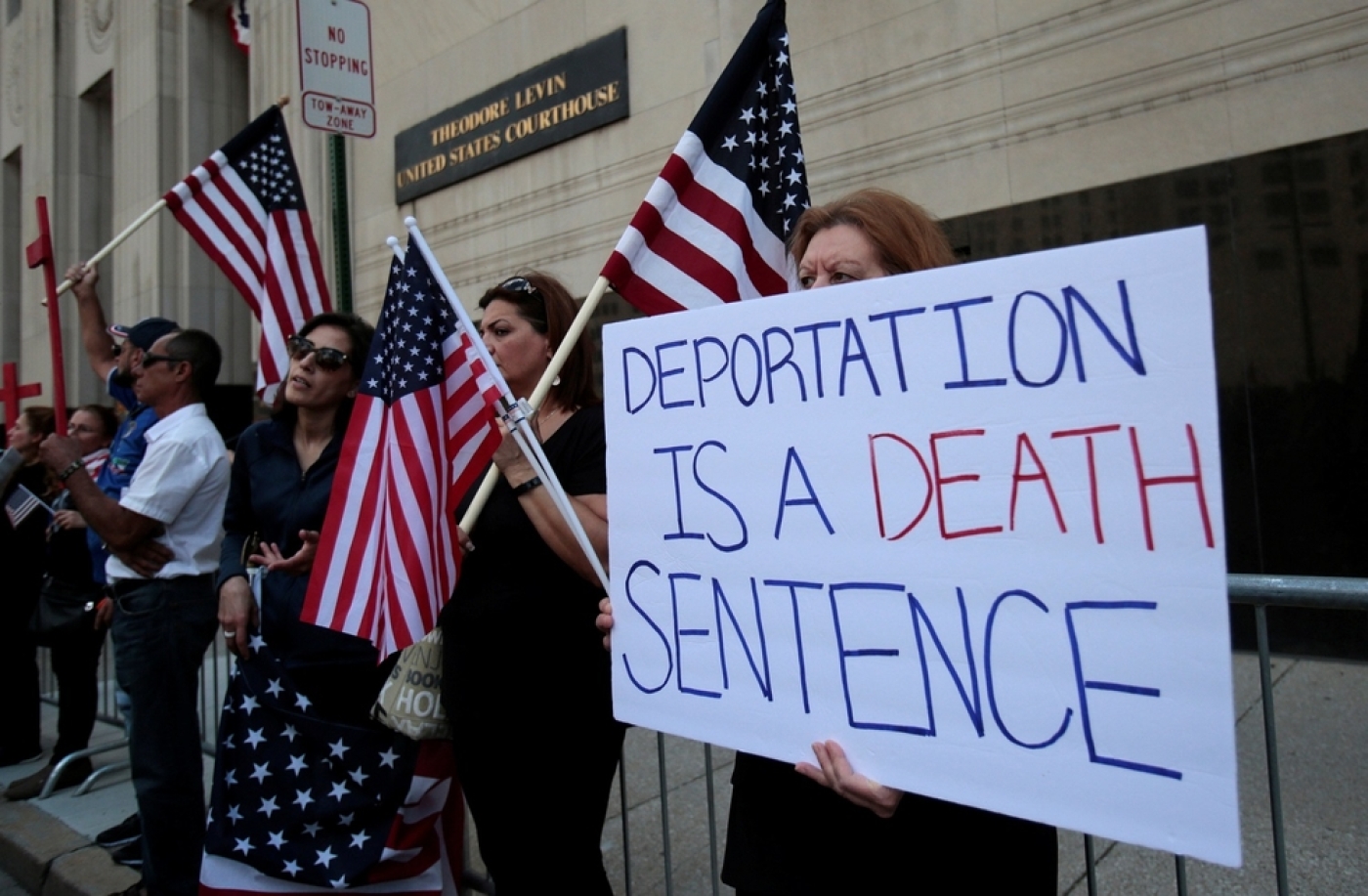 US authorities are abusing Iraqi immigrants facing deportation and coercing them into waiving their legal rights, the American Civil Liberties Union (ACLU) said in a court filing on Thursday.

A federal judge in Detroit halted the deportations of all Iraqis in July to allow the immigrants to obtain the paperwork and legal representation they need to challenge the government’s orders in court.

Still, while they linger in detention, they face abuse, pressure and intimidation to give up legally challenging their deportation, according to the ACLU.

"In Arizona and Colorado, and on the plane travelling between the two locations, ICE guards referred to the Iraqis as 'camel jockey,' 'rag head,' and 'terrorist'," a report by the rights group said.

Iraqi immigrants had led normal lives while under orders of removal because Iraq did not accept deportees from the US. But that changed when Baghdad struck a deal with the administration of President Donald Trump, which removed Iraq from the second “Muslim ban”.

More than 1,400 Iraqis now face deportation orders and 288 of them are in custody of US Immigration and Customs Enforcement (ICE). Most of the arrests took place in early June.

Raids on Iraqi immigrant communities, including Chaldean Christians and Kurds, have caused an outcry by rights groups that say sending immigrants who may face persecution to Iraq amounts to a death sentence.

Miriam Aukerman, an attorney with the ACLU of Michigan, said ICE is using coercive tactics against detainees - telling them that if they don't agree to deportation, they will spend prolonged time in immigration prisons and end up being deported anyway.

"The humiliation, retaliation and abuse that is happening in detention is getting the detainees to potentially voluntarily give up their rights and agree to go back to a country where they face persecution, torture or death," Aukerman told Middle East Eye.

She said detention conditions are “traumatic” for anyone, but in the case of Iraqi immigrants, agreeing to deportation in order to escape the abuse by ICE has life-threatening consequences.

Most detainees have entered the US legally, but their visas were revoked after committing a crime. While the government has painted those in detention as hardened criminals, advocates say the overwhelming majority of Iraqis facing deportation had committed non-violent offences, for which they have served time.

It was the sickest feeling

Karman Mallak, a Kurdish Iraqi national who says he does not recall ever living outside the US, talked of prolonged times without food or water, pressure to agree to deportation, racial slurs and psychological games.

“Leave the camel jockeys, they’re getting deported anyway,” he recalled one guard saying.

In one instance, detainees were told they could go home. They hugged and congratulated each other, only to be told a few hours later that they were being transferred to another detention centre.

“It felt like a knife through my heart. It was the sickest feeling,” Mallak wrote.

Mallak said he is terrified of the prospect of having to live in Iraq.

“I am fearful being sent to Iraq,” Mallak wrote. “There are several wars going on there right now, and I have been informed I am a minority in that country. Not only am I a Kurdish minority, but I would also be targeted because I am Americanised.”

Shahd Atiya, an Iraqi American lawyer based in Dearborn, Michigan, said it is problematic for ICE to pressure immigrants to agree to deportation, especially before the detainees get legal counsel.

Atiya, who is not involved in the ACLU case, said that if they do not pose a flight risk or a danger to the community, a judge can set immigrants free on bond while their case proceeds.

However, Atiya said ICE agents sometimes tell detainees that they are unlikely to get bond, or that their case is hopeless, urging them to shorten their time in detention and sign away their right to see a judge.

“You can’t give someone advice and say: ‘I know your case. This doesn’t sound like a good case.’ That’s none of your business. You’re an ICE officer. You’re police,” Atiya told MEE.

The ACLU is asking US District Judge Mark Goldsmith to bar ICE agents from discussing legal issues with the detainees.

"Beyond the ordinary coercive effects of detention, the situation is exacerbated here by the fact that ICE employees, contractors, and agents - who unlike class counsel have direct, ongoing access to the detainees - are misrepresenting this litigation and the detainees’ rights," the ACLU said in a legal briefing.

Goldsmith has not issued a ruling on the request.