US jets target senior IS leader in attack on Libya camp

US says raid near Tripoli, launched from a base in the UK, 'likely' killed Tunisian wanted over two deadly attacks last year 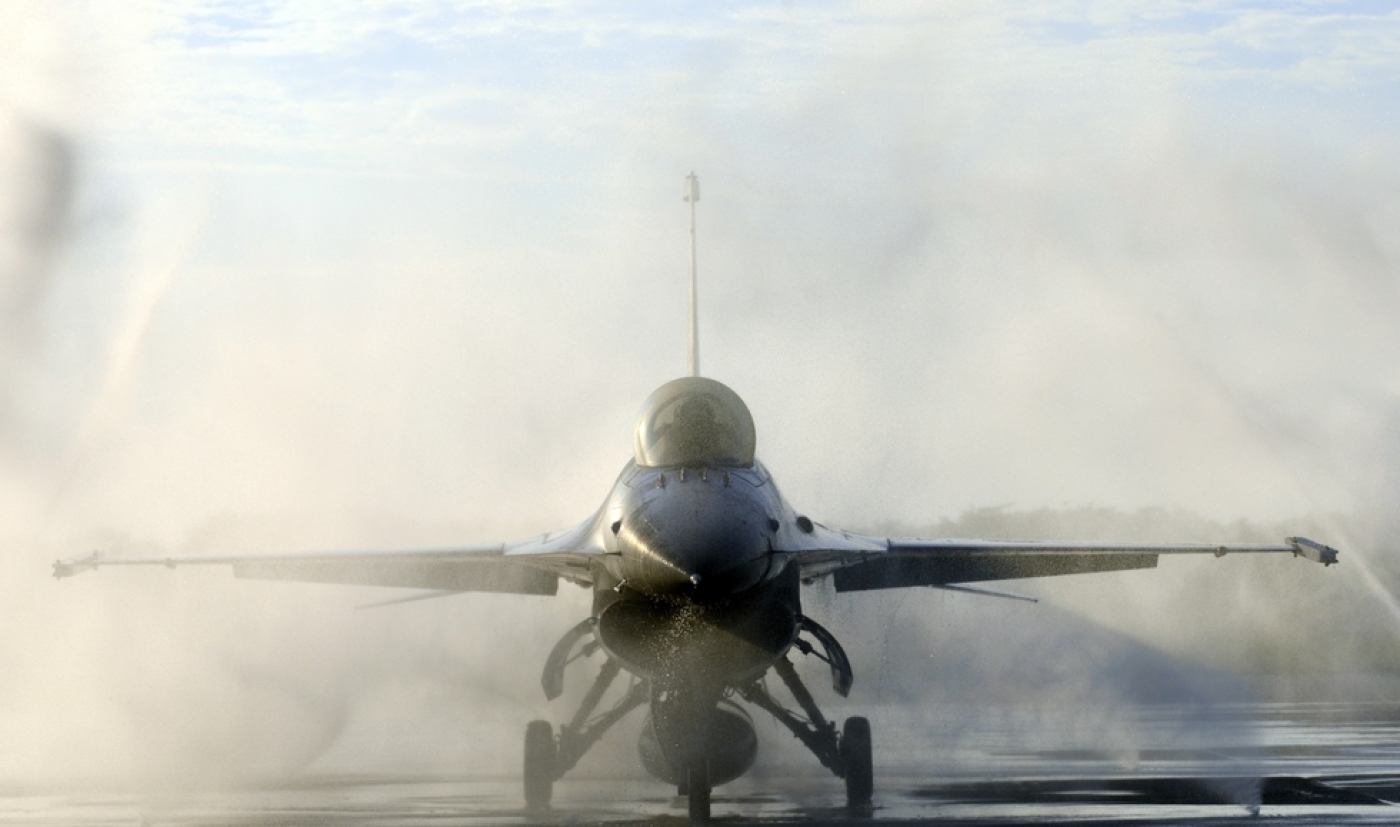 The US army says it has "likely" killed a high-level Tunisian militant in a bombing raid on an Islamic State camp near the Libyan capital.

US fighter jets struck the IS base near Tripoli early on Friday, killing about 40 people, officials have said.

The British defence secretary, Michael Fallon, said the raid was launched from RAF Lakenheath in Suffolk.

The US army confirmed reports on Friday that its jets had targeted a senior Tunisian operative, Noureddine Chouchane, suspected of links to attacks on Tunis and Sousse in Tunisia last year.

Planes struck Sabratha, a coastal town some 70km from the capital Tripoli, at about 3.30am local time (1.30am GMT), the Reuters news agency reported.

Local journalists from the Sabratha Media Centre said later on Friday that the death toll may rise above 50.

The New York Times reported that the US military was still attempting to confirm whether the senior Tunisian operative was killed in the strike, but had established that about 30 IS recruits died, the majority of them also Tunisian nationals.

Chouchane, 36, is reported to have spent time in Italy before returning to the Tunisian city of Sidi Bouzid, and to have joined the Ansar al-Sharia group in 2013.

Libya, which has been in political turmoil since the 2011 uprising that overthrew Muammar Gaddafi, has been under pressure from Western powers to counter the growth of Islamic State, as well as migrant smuggling operations setting off from its Mediterranean coastline.

US and UK special operations teams have also been conducting clandestine reconnaissance missions over Libya during the past few months to identify possible targets, the New York Times reports.

The US raid came just hours after a senior EU official cast doubt on the possibility of military intervention in Libya, stressing the need for an internal political solution.

Gilles de Kerchove, the EU's counter-terrorism coordinator, told Algerian news site al-Watan on Thursday night that "the position of the EU [regarding intervention] is represented in our support for the efforts aimed at forming a Libyan government in the near future".

However, Kerchove said the EU was "not qualified" to assess the need for international intervention in Libya, as it is not considered a military force.

Amid years of unrest, Islamic State has established a firm foothold in Libya, last month leading a coordinated assault on two of the country's main oil ports.

Locals in the town of Sirte, a former bastion of support for Gaddafi, have told Middle East Eye that local militant leaders from Ansar al-Sharia declared their allegiance to Islamic State last March, beginning a campaign of looting and abductions.

With Islamic State on the rise, neighbouring Tunisia - thousands of whose citizens have left the country to join the group - has taken steps to beef up its border with Libya.

Last week Tunisia completed construction of a barrier along the border with Libya, in what officials called "an important day in the struggle against terrorism".

The international community has also sought to counter the rise of IS by urging a political solution, with Germany's foreign minister saying last week that it is time for Libyan politicians to "take responsibility" by putting aside their differences and forming a unity government.

However, pressure for military intervention has also been increasing - President Barack Obama's administration was "on the verge of taking action" earlier this month, the chair of the US Senate Foreign Relations Committee said.

Wolfgang Pusztai, an independent analyst specialising in Libya, told MEE last week that “intervention to stop the expansion of IS is not a ‘war of choice’ but a matter of necessity".

Others, however, have warned that attacking IS in Libya without a unity government in place would fail to stop the group's expansion in the country.