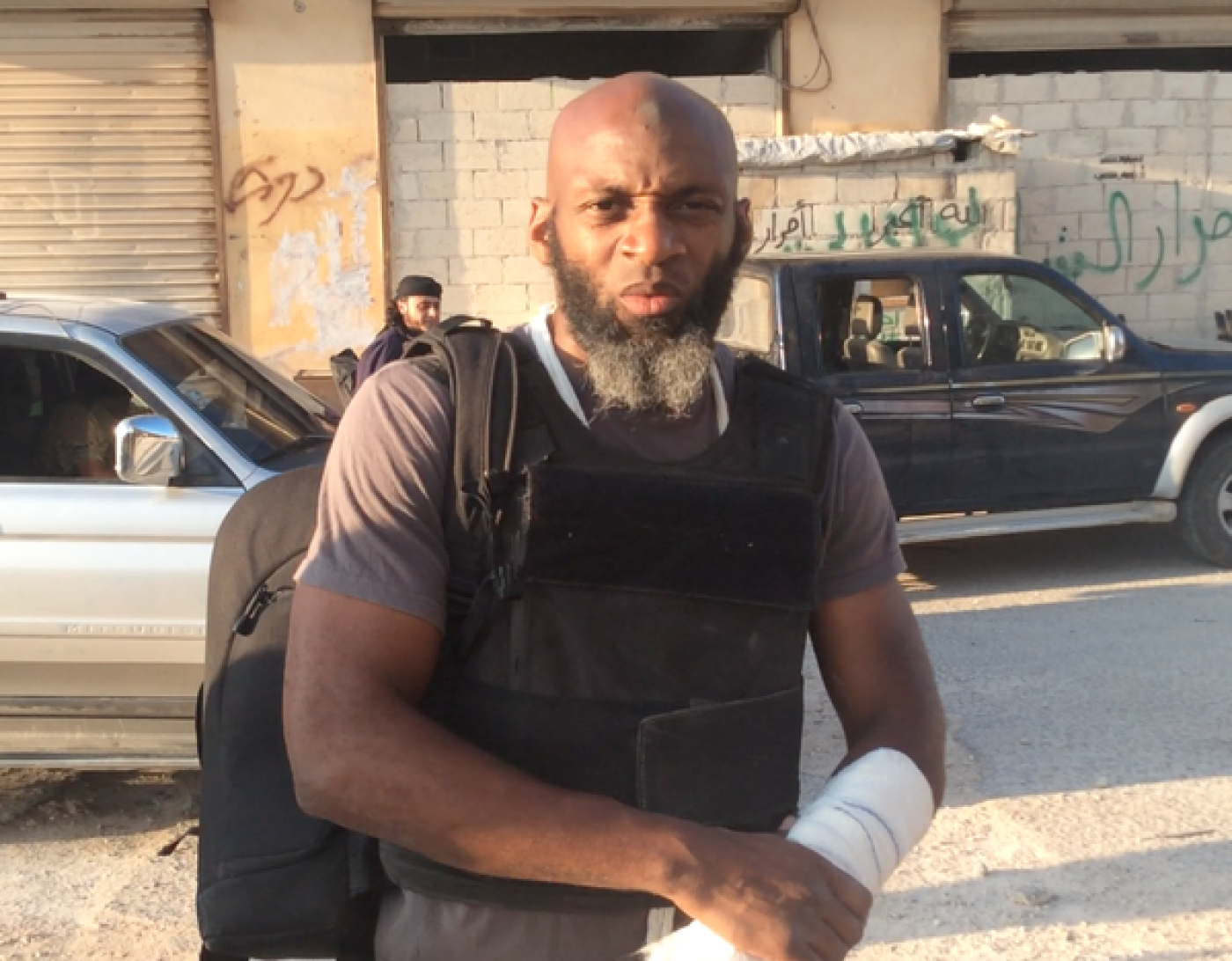 Trapped US journalist Bilal Abdul Kareem has described how he feared execution by Syrian government forces as they advanced on his refuge in rebel-held eastern Aleppo.

Asked what was going through his mind when he recorded what he dubbed as his "final" message on Monday Kareem said he believed he would be either shot or beheaded.

"They would probably shoot me because they are not friendly to journalists," he told Middle East Eye as he hid from the ongoing bombardment taking place outside.

"They are less friendly to western journalists. They [the Syrian army] probably don't know what to do... 'Should we shoot you? Should we cut your head off?'"

Kareem's message was one of despair and disappointment with the international community, and was widely shared via social media.

Having travelled to Syria for what he had hoped to be just three days, Kareem has been reporting on the developing situation in east Aleppo for the past four months after rebel-held areas of the city were surrounded by pro-Syrian government forces.

They [the Syrian army] probably don't know what to do... 'should we shoot you? Should we cut your head off?

After a ceasefire was announced on Monday, which had collapsed by Tuesday morning, he told MEE that he had looked forward to "sleeping in my own bed and a nice plate of hot food" after enduring months of food shortages and lack of electricity.

Summing up the main challenges of life under siege, he said simply: "Bombs, no food."

Despite these conditions, he has continued to report on the deteriorating situation via his independent media outlet, On the Ground News (OGN).

Via On the Ground News, Kareem has also interviewed rebel leaders leading the fight against pro-government forces, prompting critics to condemn him for seeming to provide a platform for rebel groups such as the formerly al-Qaeda-aligned Jabhat Fateh al-Sham.

Responding to these accusations, Kareem said: "OGN is dedicated to bringing people the information they need to make an intelligent decision, in terms of who is who and what is what, here on the ground."

Reporting from eastern Aleppo has, however, proven difficult, with his small team of journalists regularly finding themselves close to the frontline, surviving near misses from Syrian and Russian air strikes and enduring the same living conditions as civilians still trapped in the small rebel enclave of a few square kilometres.

Some people who were injured from the bombing were unable to be rescued as a result of the heavy shelling, with some trapped under rubble being left to die, he said. "When a house collapses on its occupants, they no longer have the heavy equipment to pull the people out of the rubble, so those people have to remain where they are; sometimes they are dead, sometimes they are not."

When a house collapses on its occupants, they no longer have the heavy equipment to pull the people out of the rubble, so those people have to remain where they are

Speaking about the Syrian reaction to the ceasefire, he described how many of the rebels were fighting for their families "and not necessarily for their land".

"When you are looking at it from the side of the Syrians, one of the things that many of the people don't understand is many of these fighters are fighting for their homes," he said.

At least tens of thousands of civilians are still believed to be living in in increasingly difficult conditions in rebel-held areas. The Syrian government accuses rebels of preventing civilians from leaving their areas of control.

But Kareem said people feared they would be killed by pro-government forces if they attempted to leave the area via a government-controlled checkpoint.

"You can go to the nearest checkpoint and cross into regime-held territory, [but] if you do, keep in mind people have been very reluctant to do so, because the regime has by conservative estimates killed about half a million people. Do you think they [the Syrian government] would mind adding an extra thousand or two thousand to that? That is why there have been so many people, despite the difficult conditions on this side of the divide, who have not been motivated to go over to regime-held territory."

Recording his message to the world, Kareem chastised leaders of the "Muslim world" for what he described as "dropping the ball" over the Syrians' fight for freedom and for failing to stand up to what he called "state-sponsored terrorism".

"They (Muslim leaders) have a human, moral and even before that an Islamic responsibility to help their neighbours. The remaining neighbourhoods here [in east Aleppo] could fall tonight, in a week or in a month."

Kareem also called for action beyond online activism to raise awareness about the situation in Syria: "Facebook likes and tweets are not enough. I think people out there understand that."

READ: Hundreds protest in UK over 'inhumanity' of Aleppo offensive

Speaking to 1,000 protesters outside the Syrian embassy in London on Monday night, he urged the crowds to "stay educated, stay engaged and stay with us".

"Half a million dead, more than 12 million displaced. People have got to get serious about human rights," he said as he left to seek shelter from the bombs raining down nearby.