US lawmakers press military over data purchases from Muslim apps The effort was led by Congressman Mark Pocan, with representatives Ilhan Omar, Rashida Tlaib, Alexandria Ocasio-Cortez and Ro Khanna signing on to it (AFP)
By
MEE staff

US lawmakers have urged military and intelligence chiefs to disclose whether any American citizens were surveilled when the military purchased personal data from popular Muslim apps.

In a letter sent to Secretary of Defence Lloyd Austin and Director of National Intelligence Avril Haines on Thursday, more than a dozen members of Congress demanded to know the process behind the military's purchases of location data.

Last year, Vice News reported that the popular prayer app Muslim Pro sold its users' location data to a company called X-Mode, which then sold it on to third-party contractors which in turn provide the data to the US military.

The app, which boasts nearly 100 million downloads, determines the hour of prayer times and the direction of Mecca for its users based on geolocation.

Since the report, Muslim Pro has said it will no longer share user data with X-Mode.

Earlier this year, Vice News also reported that Salaat First, another Muslim prayer app, had sold its users' location data to Predicio, a French firm that was previously part of a complex data supply chain involving a US government contractor that worked with the FBI, ICE, and Customs and Border Protection.

Thursday's letter asked the senior officials whether any surveillance was conducted on US citizens using purchased location data and whether apps used primarily by Muslims were being targeted for data purchases. 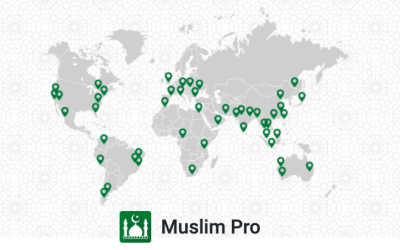 "We wish to know more about these data purchases, the use of information gleaned from the data, and any possible violation of privacy rights granted by the Constitution and protected by law," the letter read.

"It is imperative that every American citizen, no matter their ethnicity or religion, is certain their Fourth and First Amendment rights are not only protected, but equally enforced."

The effort was led by Congressman Mark Pocan and signed by representatives Ilhan Omar, Jamaal Bowman, Rashida Tlaib and Alexandria Ocasio-Cortez among others.

Congressman Pocan said in a statement that the Biden administration had an opportunity "to prioritize transparency and the civil liberties of Muslim-Americans after two decades of surveillance and spying by our federal intelligence community".

"The American Muslim community deserves to know why the U.S. military targeted their data and what they did with that data. We cannot simply repeat the mistakes and opacity of the previous administration."

The Council on American-Islamic Relations, the largest Muslim civil rights organisation in the US, welcomed the letter and thanked the lawmakers for seeking answers from the government on what it considered "discriminatory abuses of power".

"CAIR thanks Representatives Pocan, Tlaib, Omar, Carson and the other lawmakers who are working hard to defend the civil rights of American Muslims by rejecting government surveillance and seeking answers from the Biden administration about whether it will reject such discriminatory abuses of power or inherit ownership of them from the prior administration," Robert McCaw, government affairs director at CAIR, said in a statement. 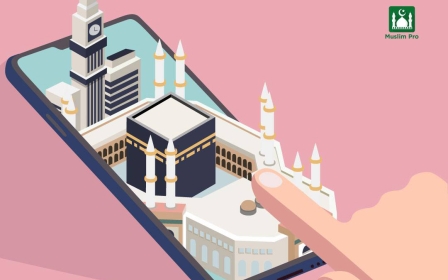 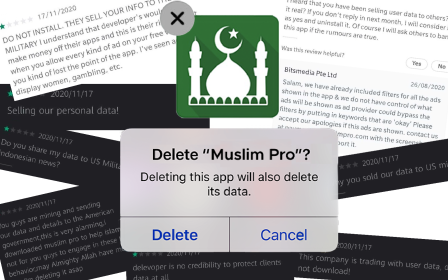