Flags on US President Barack Obama's limos at Andrews Air Force Base where a meeting is held with foreign military leaders on 14 October, 2014 (AFP)
By
MEE and agencies

The White House said Tuesday a multinational air war against Islamic State (IS) militants in Iraq and Syria is succeeding, as top brass from 22 countries met to discuss a strategy for combatting them.

That optimism was underscored by the Syrian Observatory for Human Rights, which said US-led air strikes had stopped in its tracks IS's bid to seize Kobane, a strategic Syrian town on the border with Turkey.

Speaking as President Barack Obama prepared to meet with the generals of the US-led coalition, White House spokesman Josh Earnest said "we're in the early days of the execution of that strategy, but certainly the early evidence indicates that this strategy is succeeding."

That meeting, at an air force base outside Washington, came as American-led warplanes hammered IS militants with 21 raids near Kobane on Monday and Tuesday, the US military said.

IS militants recently captured nearly half of Kobane, but Observatory director Rami Abdel Rahman said the latest strikes had "succeeded in saving it from falling entirely into the jihadists' hands".

Central Command, which oversees US forces in the Middle East, said there were indications air raids had "slowed ISIL (IS) advances," but that the situation remained fluid.

Earnest called this a "continuation of our broader strategy, not a change in it," when asked if the stepped-up strikes represented a shift.

The fight would not be quick or easy, he acknowledged, adding that "we've been pretty candid about the fact that this is a longer-term proposition".

The White House spokesman also insisted US ground troops would not be involved in the battle.

That battle was to dominate the talks at Andrews Air Force base among the military chiefs, including from all five of the Arab states taking part in the air campaign in Syria.

The meeting "provides an opportunity to take stock of coalition progress to date and continue to align and fully integrate the unique capabilities of coalition partners," said Alistair Baskey, spokesman for the US National Security Council.

Obama was also due to meet the commanders and looked forward to discussing "additional measures that the coalition can take to degrade and ultimately destroy" IS, Baskey said.

It was the first time such high-ranking officials from so many nations have come together since the coalition was formed in September and which now, on paper, includes about 60 countries.

Turkey's call for the establishment of a protective buffer zone along its border with Syria, where the militants have pushed into the heart of predominantly Kurdish Kobane, was also expected to be on the agenda.

Ankara, which has faced a three-decade Kurdish insurgency, has tightened security of its porous Syrian border after the fighting in Kobane sparked the exodus of 200,000 refugees.

'All the help necessary'

French President Francois Hollande urged Turkey to open its frontier with Syria to help Kobane's defenders, warning the town could fall to IS "at any moment".

"I think about what is happening today in Kobane, a martyred town, a symbolic town. If we have to intervene, as we decided for France in Iraq, we also have to give the moderate Syrian opposition... all the support, all the help necessary," he said.

Fighting is reported to have spread to less than a kilometre (half a mile) from the barbed wire fence of the Turkish border, the Observatory said.

Kurdish fighters were trying to push into the eastern sector, under IS control, said the Observatory, which has a wide network of sources inside Syria.

On Monday, Kurdish militia captured the strategic hilltop of Tel Shair west of Kobane, according to the Observatory, which said the site had changed hands several times.

Concern has also been growing over Iraq, where IS fighters have been threatening to seize more territory.

Iraqi forces are reported to be under intensifying pressure in Anbar province, a vast region stretching from near Baghdad to the Syrian border.

On Monday, security sources said Iraqi troops stationed on the edge of Heet, in Anbar, had withdrawn to another base, leaving it under full IS control.

Pro-government forces have also been in trouble south of IS-held Mosul around the Baiji oil refinery, where US aircraft Sunday dropped supplies including food, water and ammunition to Iraqi troops for the first time.

In Baghdad, an Iraqi MP and prominent militia leader, Ahmed al-Khafaji, was one of at least 21 people killed by a suicide car bomb in the Shiite neighbourhood of Kadhimiyah.

The third bombing in Kadhimiyah in four days, it was immediately claimed by IS in a statement posted online that also said Khafaji was the intended target.

Meanwhile, Amnesty International said Tuesday that Shiite militias backed by the Iraqi army are committing war crimes against civilians in their fight back against IS.

The rights watchdog accused the Baghdad government of supporting and arming groups of Shiite fighters who have carried out a string of kidnappings and killings against Sunni civilians.

Amnesty said it had seen evidence of "scores" of "deliberate execution style killings" against Sunnis across Iraq as well as Sunni families having to pay tens of thousands of dollars to free abducted relatives.

Many of those kidnapped are still missing and some were killed even after their families paid hefty ransoms to secure their release, the group said in a report. 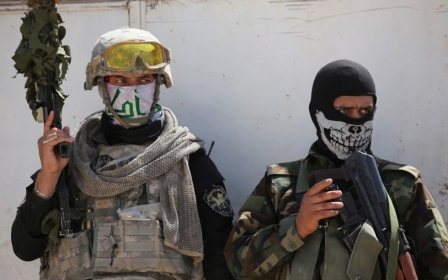 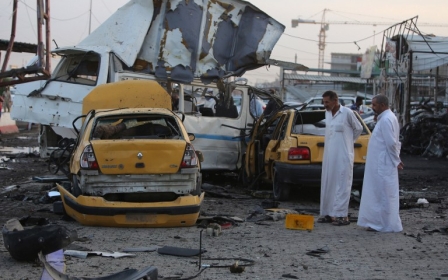 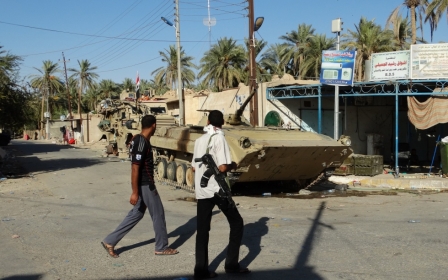