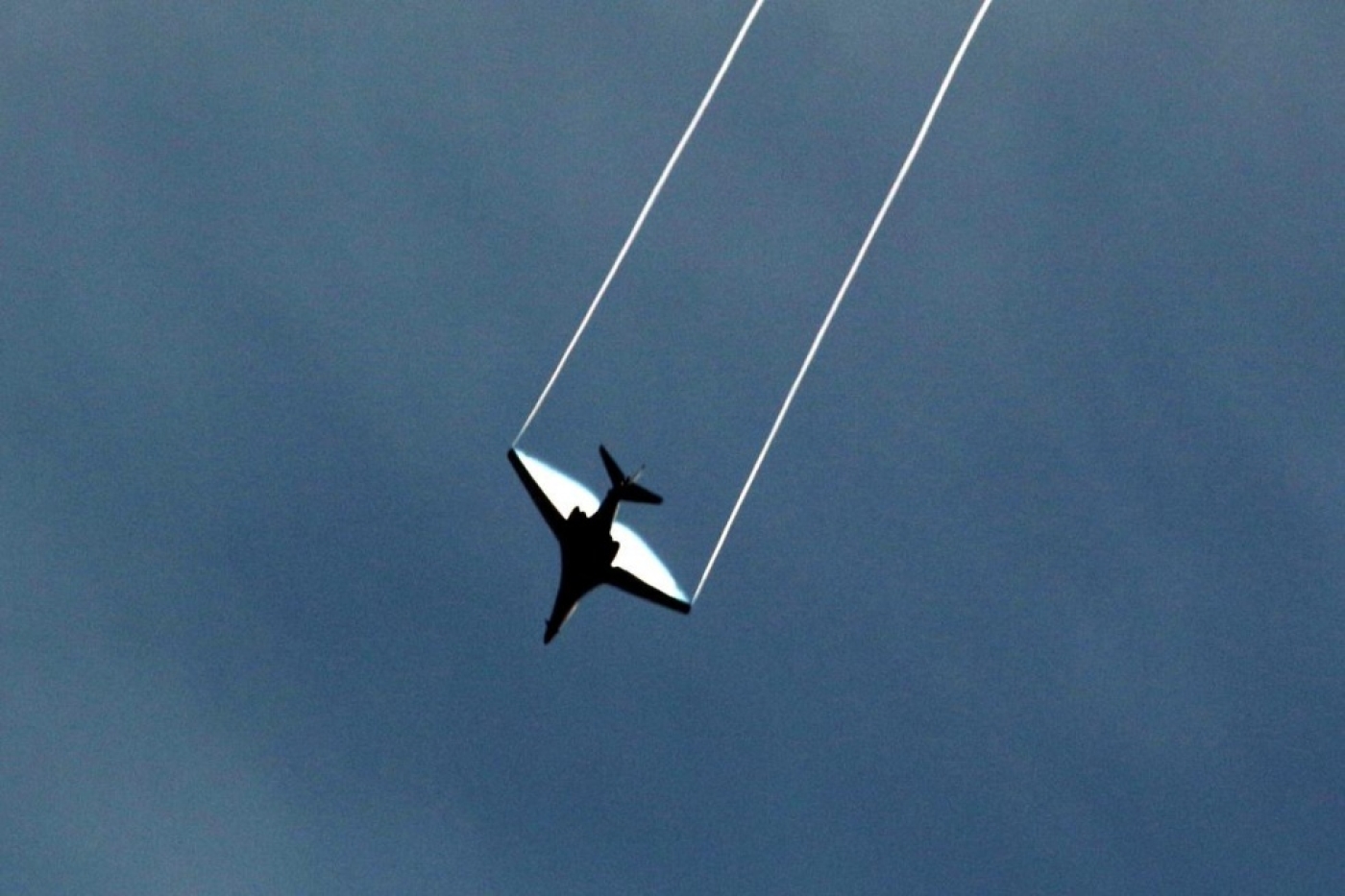 A US-led coalition plane flies above the Syrian town of Kobane/Ayn al-Arab on 23 October, 2014 (AA)
By
MEE and agencies

US-led air strikes in Syria were reported Thursday to have killed more than 500 militants in a month, a monitor group said.

The air strikes have killed 553 people since their launch, the Syrian Observatory for Human Rights said, including 464 Islamic State (IS) fighters and 57 militants from the Al-Qaeda affiliated Al-Nusra Front.

Thirty-two civilians have also been killed, including six children and five women, said the Britain-based Observatory, which relies on a wide network of sources inside Syria. The "vast majority" of militants killed were foreigners.

Meanwhile, an AFP correspondent in Turkey reported fierce clashes and fresh air raids in the Syrian town of Kobane, with heavy gun and mortar fire rocking its western side in the evening.

Warplanes were again heard flying over Kobane and at least three air strikes were carried out Thursday, a month after the US-led coalition expanded its aerial campaign against IS in Iraq to Syria.

IS militants made fresh advances in and around Kobane on Thursday, reportedly seizing territory in the town centre and to its north.

IS had also taken control of a string of villages west of Kobane, said the Observatory, making its first gains on the ground in several days.

The militants and Kurds have regularly traded territory in and around Kobane, with neither side able to gain a decisive edge. Iraqi Kurdish lawmakers in their capital Arbil agreed Wednesday to send their peshmerga fighters, after Turkey said it would allow them to travel across its territory to Kobane.

Mustafa Qader, the Iraqi Kurdish official responsible for the peshmerga, said the fighters "will remain there until they are no longer needed".

Turkish President Recep Tayyip Erdogan said Thursday that 200 Iraqi Kurd peshmerga fighters would travel through his country to join the battle in Kobane.

Ankara views the PYD as the Syrian arm of the Kurdistan Workers Party (PKK) whose three-decade battle for self-rule in Turkey has left 40,000 people dead.

"Where was the world when 300,000 people have been killed in Syria thus far?" Erdogan said.

"Why are they so keen on Kobane, but not on the whole of Syria? That's a question to ask," Erdogan told reporters in Riga.

"The terrorist group [PYD] could barely agree to allow the peshmerga in. After that, they said they want no more than 200 soldiers. Why? Because they fear to lose their monopoly of power in Kobani," Erdogan said.

In Iraq, air strikes hit IS targets including fighting positions, a vehicle and a training centre.

IS fighters killed a Yazidi commander after surrounding Mount Sinjar in the country's north.

"The mountain is besieged" again, and IS militants are "trying to climb the mountain on foot to fight the Yazidi volunteers," Dawud Jundi, another commander of the forces in the area, told AFP by telephone.

The first siege of Mount Sinjar was a key moment in the conflict with IS, with the plight of the people trapped on the mountain helping to prompt Washington to begin air strikes against the militants.

The Iraqi capital Baghdad has also seen a wave of bomb attacks against Shiite targets in recent days, with IS claiming responsibility for some.

"The Albu Nimr area fell completely into the hand of (IS) members," Ghazi Najras, an Anbar MP, said in reference to the tract on the Euphrates River and east of the town of Heet, which fell last week.

The militants then detained more than 60 people, including security forces members, the officer said.

Albu Nimr is the latest in a string of places in Anbar to fall in recent weeks. The series of setbacks has prompted warnings from some officials that the entire province, which borders Jordan, Saudi Arabia and Baghdad province, could fall completely.

Meanwhile, the IS group was on Thursday described as the world's wealthiest "terror" group, earning $1 million a day from oil sales alone.

David Cohen, the US undersecretary for terrorism and financial intelligence who has been leading the fight against IS on the financial front, said Thursday that its "primary funding tactics enable it today to generate tens of millions of dollars per month".

Marwan Muasher, vice president at the Carnegie Endowment for International Peace, said IS was now "considered the world's wealthiest and most financially sophisticated terrorist organisation".

The Bayir Bucak region in northern Latakia province of Syria, which is mostly populated by Turkmen, was hit by Syrian war planes, mortar fire and missiles.

The sound of explosions were also heard in the Turkish district of Yayladagi, near the Syrian border.

The opposition army also held back a tank battalion, and destroyed some military vehicles and two tanks in Morek town, the Syrian Revolution General Commission said.

More than 190,000 people have been killed in Syria since the conflict began in early 2011, according to latest UN figures published in August.