US midterms: Democrats take partial control of Congress in blow to Trump People cast their ballots in the midterm election in Dearborn, Michigan, in November 2018 (Reuters)

American voters poured out across their bitterly divided country on Tuesday to deliver judgment on Donald Trump in midterm polls where opposition Democrats seized partial control of Congress.

The Democratic Party fell short of expectations but managed to take control of the US House of Representatives. This victory marks a significant blow to Trump as the Democrats are now in a position to challenge the US president's policy agenda.

According to CNN, Democrats now hold 222 seats in the House of Representatives while the Republicans hold 199 - while in the Senate Republicans maintained the lead with 51 seats to the Democratic party's 45.

Control of the US House of Representatives will most likely see the Democrats use their new majority to push for greater accountability on Trump's foreign policy agenda, and demand a tougher stance on Saudi Arabia.

Representative Eliot Engel, the Democrat in line to head the House Foreign Affairs Committee, said they may also push for congressional authorisation for the use of military force in places like Iraq and Syria. But on some hot-button areas, like China and Iran, he acknowledged there was little they could do to change the status quo.

From New York to California and from Missouri to Georgia there were long lines from early morning at polling stations as voters finally got their say, following a heated, often tense campaign.

In predominantly Arab American neighbourhoods in Dearborn, Michigan, long lines were forming at polling stations in the afternoon - a rare sight for midterm elections.

Organiser Suhaib al-Hanooti said the turnout in Dearborn's Arab American community was "phenomenal" on Tuesday. In a mostly Yemeni neighbourhood in the south of the city, authorities had to add voting booths to accommodate a large number of voters, according to Hanooti.

"It's great. People are finally awake right now; they're realising that this election - the midterm election - is very important for them. It's now or never," he told MEE.

A surge in early voting, fuelled by a focus on Trump's nationalistic, norms-breaking presidency by supporters of both parties, could signal the highest turnout in 50 years for a midterm US election when the White House is not on the line.

According to Michael McDonald of the US Elections Project, 38.4 million Americans cast their ballots early ahead of this election, compared with 27.4 million in the 2014 midterm.

High turnouts were reported in several states on Tuesday, such as Illinois, Maryland, New York and California. Two-page ballots caused delays in New York, however, while voters in Georgia also faced long waits due to technical problems and high turnout, US media reported.

Republicans, who prior to Tuesday's vote had a slim 51-49 hold on the Senate, are keeping their majority, according to early results.

Democrats also picked critical governor seats in the states of Michigan, Wisconsin and Pennsylvania - all states won by Trump in 2016. The Republicans won the governor races in Florida and Ohio, according to exit polls.

The midterms prompted a surge of candidates from minority groups that have not had electoral success in the past. Several have the potential to be the first of their background elected to office on Tuesday.

US voters elected two Muslim women, both Democrats, to Congress on Tuesday, marking a historic first in a country where anti-Muslim rhetoric has been on the rise, American networks reported.

Ilhan Omar, a Somali refugee, won a House seat in a heavily-Democratic district in the Midwestern state of Minnesota, where she will succeed Keith Ellison, himself the first Muslim elected to Congress.

Rashida Tlaib, a social worker born in Detroit to Palestinian immigrant parents, won a House seat in a district where she ran unopposed by a Republican candidate.

Up until last week, Tlaib was running unopposed because Republicans didn't field a candidate to challenge her. But Detroit City Council President Brenda Jones, whom Tlaib defeated in the Democratic primaries in August, ran as an independent.

Jones' name did not appear on the ballot, however, so voters who favoured her had to write her name in themselves, making her chances of winning minimal.

Tlaib is the daughter of Palestinian immigrants, while Omar came to the US as a refugee from Somalia, and their victories in Democratic primaries were hailed as symbolically important earlier this year.

Without a doubt, the midterms were seen as a referendum on the president and his policies.

Two-thirds of Americans said their vote is about Donald Trump, according to CNN exit polls, and more than half of all voters said they believe the country is on the wrong track.

Still, more than 40 percent of voters said they approve of the job Trump is doing as president, CNN reported.

Among the key issues that matter to voters, four in 10 people said healthcare topped their list, while 20 percent of people said the economy and immigration was their primary concern, respectively.

Trump has used what many say is divisive and xenophobic rhetoric in the lead-up to Tuesday's vote. Throughout last month, he regularly vilified a caravan of migrants heading toward the US, alleging that "criminals and unknown Middle Easterners" were among the migrants, a claim that was denounced as racist.

The president has long been accused of stoking hatred as he courts white nationalists in the US, but his supporters have stood by him as Trump hosted massive rallies in several states in the lead-up to Tuesday's vote.

In the aftermath of a deadly shooting at a Pittsburgh synagogue in late October, a progressive Jewish group asked him not to visit the city until he denounced such views; Trump went to Pittsburgh anyway.

In the hotly contested 2016 election, Trump proclaimed that he would ban Muslims from being granted admission to the US as president.

When he was elected, one of his first policies was instituting a travel ban from several Muslim-majority countries, which was upheld by the US Supreme Court. 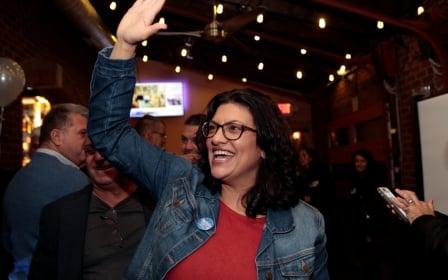 US Politics
Everything you need to know about US midterm elections 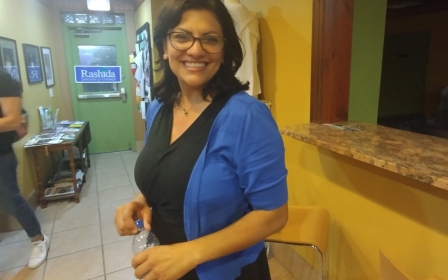