Confusion in Washington as Pentagon chief denies US is leaving Iraq

Mark Esper says no decision has been made to leave, after 'poorly worded' letter suggested troops would be withdrawn 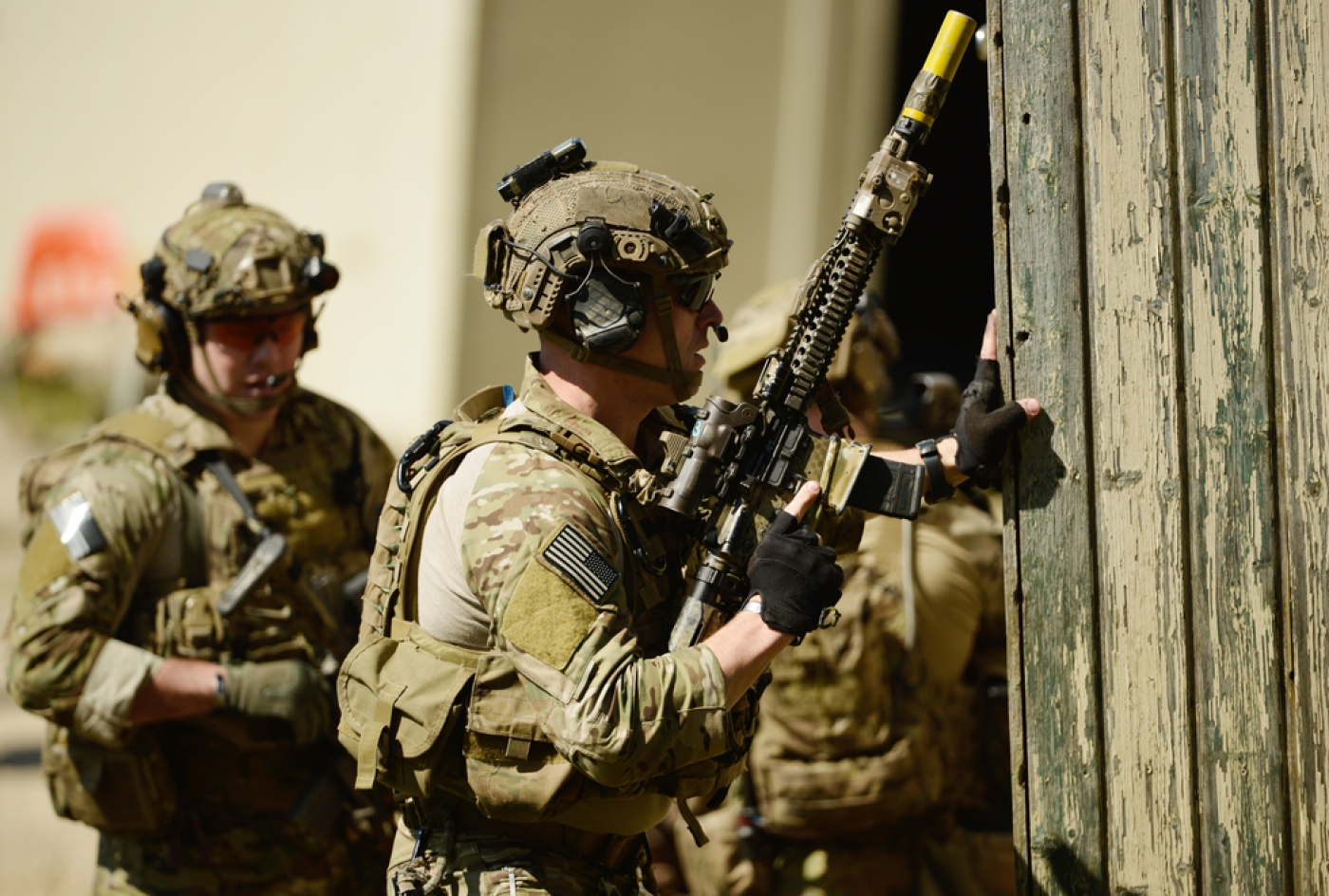 Some 5,200 US soldiers are currently stationed across Iraqi bases to support local troops preventing a resurgence of Islamic State (File/AFP)
By
MEE and agencies

The United States has said it will reposition its forces within Iraq but denied reports that it would leave the country, less than 24 hours after the Iraqi parliament demanded their expulsion.

According to a leaked letter sent to the Iraqi military, Brigadier General William Seely, the head of the US-led coalition fighting against Islamic State (IS), said that US forces would be relocated "to prepare for onward movement" and that he respected Iraq's "sovereign decision to order our departure".

However, US Defense Secretary Mark Esper told reporters at the Pentagon that the US had not made any decision to leave Iraq.

"We are repositioning forces throughout the region ... beyond that ... that letter is inconsistent with where we are right now," Esper said.

General Mark Milley, the chairman of the Joint Chiefs of Staff, also sought to play down the letter, saying it was poorly worded and incorrectly implied withdrawal, when it was only meant to draw attention to increased troop movements.

"That letter - it was a draft, it was a mistake, it was unsigned, it should not have been released," Milley said.

"The first part of it, which says 'repositioning forces over the course of the coming days to prepare for onward movement' ... [was] poorly worded, implies withdrawal. That is not what's happening."

Milley said the US wanted to explain to the Iraqi military that there had been increased movement of aircraft, including transporting forces between bases in Iraq and also moving them into Iraq from Kuwait.

“It (the draft letter) was sent over to some key Iraqi military guys in order to get things coordinated for air movements, etc. Then it went from that guy’s hands to another guy’s hands and then it went to your hands. Now it’s a kerfuffle,” Milley said.

Milley said the unsigned draft document was sent around to get input from Iraqi officials, the kind of thing he said he does regularly.

“I send drafts all over Washington DC that aren’t signed to get people’s input and feedback,” Milley said.

“The long and short of it is: It’s an honest mistake by people trying to do the right things in highly dynamic situations, etc. It should not have been sent.”

On Sunday, Iraq's parliament passed a resolution telling the government to end the presence of all foreign troops.

It came in reaction to a US precision drone strike on Baghdad that killed Iranian general Qassem Soleimani and top Iraqi commander Abu Mahdi al-Muhandis, among others.

"The Iraqi government must work to end the presence of any foreign troops on Iraqi soil and prohibit them from using its land, airspace or water for any reason," the resolution said.

Since the killings, rival Shia political leaders have called for US troops to be expelled from Iraq in an unusual show of unity among factions that have squabbled for months.

"Despite the internal and external difficulties that we might face, it remains best for Iraq on principle and practically," Iraqi Prime Minister Adel Abdel Mahdi said.

"There is no need for the presence of American forces after defeating Daesh [Islamic State]," said Ammar al-Shibli, a Shia lawmaker and member of the parliamentary legal committee, before the parliamentary meeting.

Some 5,200 US soldiers are currently stationed across Iraqi bases to support local troops preventing a resurgence of IS.

They make up the bulk of the broader coalition, invited by the Iraqi government in 2014 to help combat the armed group. Qassem Soleimani
Can the Iraqi government expel US forces from Iraq?