US plans more sanctions against Turkey if pastor not released

Turkey has not proven to be a 'good friend' to Washington, President Donald Trump says US Treasury Secretary Steven Mnuchin said on Thursday that the United States was ready to place further economic sanctions on Turkey if detained American pastor Andrew Brunson is not released.

"We have more that we are planning to do if they don’t release him quickly," Mnuchin said during a meeting of President Donald Trump's cabinet.

Washington and Ankara have exchanged tit-for-tat tariffs in Trump's attempt to persuade President Recep Tayyip Erdogan to give up Brunson, who denies charges that he was involved in a coup attempt in Turkey two years ago.

"They have not proven to be a good friend," Trump said of Turkey during the cabinet meeting. "They have a great Christian pastor there. He's an innocent man."

In addition to its decision to ramp up tariffs on imports of Turkish steel and aluminium, the Trump administration imposed sanctions on two top officials in Erdogan’s cabinet earlier this month as part of its efforts to pressure Ankara into freeing Brunson.

US sanctions and tariffs have contributed to a tumble in the Turkish lira, which dropped in value to 5.86 to the dollar on Friday following Mnuchin's warning.

Turkish Foreign Minister Mevlut Cavusoglu said on Thursday that solving the rift with the US is not difficult.

"We can solve issues with the United States very easily, but not with the current approach," Cavusoglu told a news conference.

Finance Minister Berat Albayrak assured international investors on Thursday that Turkey would emerge stronger from its currency crisis, insisting its banks were healthy and signalling it could ride out the dispute with the United States.

In a conference call with thousands of investors and economists, Albayrak - who is Erdogan's son-in-law, said Turkey fully understood and recognised all of its domestic challenges, but was dealing with what he described as a market anomaly.

He also played down US tariffs on imports of Turkish metals.

Many countries have been the target of similar US trade measures, Albayrak said, and Turkey would navigate this period with other parties such as Germany, Russia and China.

Turkey, he said, has no plans to seek help from the International Monetary Fund or impose capital controls to stop money flowing abroad in response to the recent collapse of its lira currency.

Erdogan has called for a boycott of US electronic goods and Turkish media has given extensive coverage to anti-US protests, including videos circulating on social media showing Turks apparently burning dollar bills and destroying iPhones. 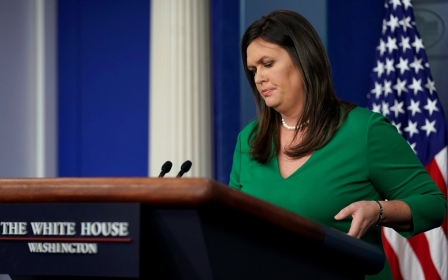